Home » Family » Movies » I Can Only Imagine Movie Release 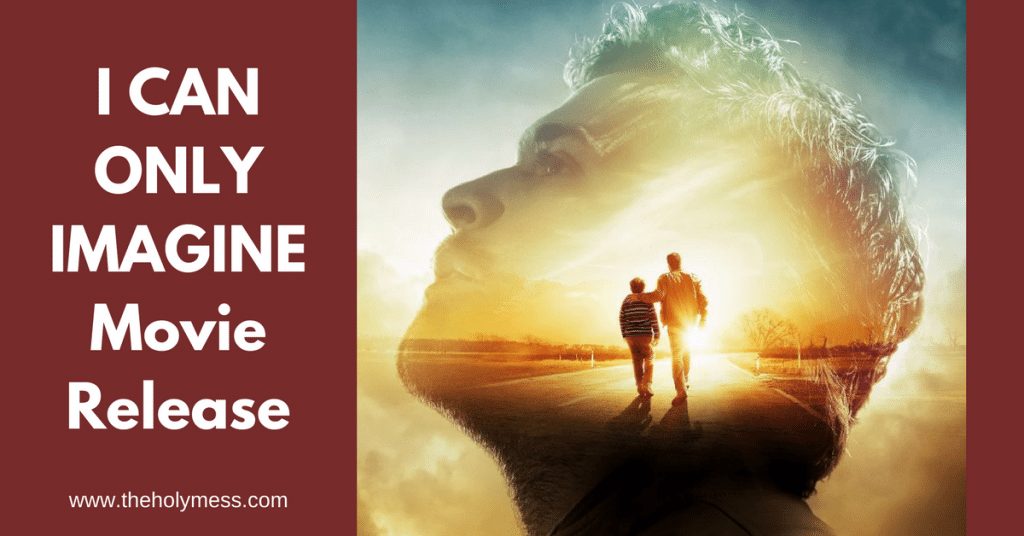 The song I CAN ONLY IMAGINE by MercyMe made history in 2014 as the first song to go platinum and double-platinum in the digital domain. It was also one of the first in a growing number of contemporary Christian songs that have become cross-over hits in the secular arena as well. Next month, we see the I Can Only Imagine movie release based on the creation of this hit song. Plus, be sure to scroll to the end where we are giving away 2 free movie tickets!

The real-life story behind the writing of this hit by MercyMe lead singer Bart Millard will come to theaters on Friday, March 16.

Although he found faith at a young age, life wasn’t easy for Bart. He leaned into an active imagination and his love of music as escapes from a troubled home life. As he grew older, Bart turned to football in hopes of somehow connecting with his abusive father. But a career-ending injury, combined with the vision of a teacher who saw unlimited potential, set Bart on a musical pathway.

Chasing a dream while running from broken relationships with his and his childhood sweetheart, Bart hits the road on an old, decrepit tour bus with his new band MercyMe, which was named for his grandmother’s favorite expression. With the guidance of a grizzled music-industry insider, the band begins a journey none of them could ever have imagined.

The film is directed by the Erwin Brothers, who have also made OCTOBER BABY, MOMS’ NIGHT OUT and WOODLAWN.

Theater, showtime and ticket information can be found by clicking here.

I Can Only Imagine Movie Tickets Give Away

Enter here to win 2 free movie tickets to I Can Only Imagine.

Disclosure (in accordance with the FTC’s 16 CFR, Part 255:  “Guides Concerning the Use of Endorsements and Testimonials in Advertising”):  Many thanks to Propeller Consulting, LLC for providing this prize for the giveaway. Choice of winners and opinions are 100% my own and NOT influenced by monetary compensation. I did receive a sample of the product in exchange for this review and post. Only one entrant per mailing address, per giveaway. If you have won a prize from our sponsor Propeller/FlyBy Promotions in the last 30 days on the same blog, you are not eligible to win. Or if you have won the same prize on another blog, you are not eligible to win it again. Winner is subject to eligibility verification.