No, I wouldn’t. It would be scary for me AND for you. I’ll buy you a shirt, I’ll buy you several. I’ll give you another article of clothing – or better yet, how about a blanket? Yeah, a blanket! That’ll do! My humblest apologies, but at this point in my life, I would prefer not to have anyone see me in any stage of undress. I don’t even look at myself in any stage of undress. Do you have any idea how hard it is to take a shower with a shirt on? It’s a mess.

I’m actually making a documentary about my life – it’s tentatively entitled TRAGIC JEFF XXL. Unlike the Magic Mike series, this is a haunting and heartbreaking look at my attempt to find clothes that fit.

No, it isn’t. I’d much prefer watching two birds frolic in the shrubs than having one in my hand trying to bite my thumb off while uncontrollably cawing and shrieking in my ear.

I’m not for sure but I think I may have had a bad experience with a bird or birds when I was younger. I don’t necessarily have a fear of them (like I do with mice), but they make me very uneasy and on edge. I do remember being chased by a chicken as a little boy, but that’s a story for another time.

No, it doesn’t. I was bored one night and I did an experiment. Out of ten drops, the buttered side went down only six times. It doesn’t matter anyway. If there is butter involved, I will find a way to digest it. Whether it’s on the floor, on the ceiling, under the car, inside the linen closet – it’s mine!

Nope! I tried it this morning. Instead of being healthy, wealthy, and wise, I turned out to be cranky, disoriented, and I almost ran a red light. It’s so sad coming to the realization that you’re neither a morning person NOR a night owl. Talk about a man without a country. Am I the only person who will occasionally wake up early to take a shower so I can hurry up and go back to bed so I don’t have to wake up so early a second time? Does that make any sense at all? Whatever.

HELLO?!?! I’m not going to comment any further. If you’ve read my previous blogs, you realize it would be easier for me to scale the heights of Mount Kilimanjaro than make a pie that doesn’t have a burnt crust or water in the bottom of the pan. Again I have to say, whatever. 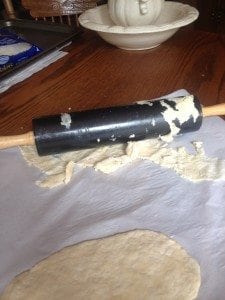 I had a couple more misconceptions prepared for you, but I have to interrupt this blog for a late breaking news bulletin. OK, I know this is coming out of nowhere, but what has happened to WHEEL OF FORTUNE? I don’t watch it regularly and haven’t done so in years, but since when did it get so durned complicated? When I watched it years and years ago, it was so much easier. Simple categories like PERSON or PLACE or THING. Now it’s like BEFORE AND AFTER RHYME TIME or WHAT ARE YOU DOING AROUND THE HOUSE SONG LYRICS! And the wheel is so confusing! My favorite part of the show was when the contestants would win money and go shopping – and the rest was put on a gift certificate! And who is Vanna’s plastic surgeon

I feel better now. That was really bothering me. Now that another blog is history, I can relax for the evening and maybe even get to bed a little early. After all, as they say…….