Two days ago, I would not have imagined writing this blog. I write this tonight as a courtesy to parents and guardians out there who are concerned about the types of movies their children are watching. I want to warn you about the one movie you should NOT take your children to see.

If you’re a new reader, let me preface this by saying I am normally very liberal when it comes to movies. I have high respect for the arts and balk at censorship or anyone trying to put parameters on what an artist can or can’t do with his freedom of speech and creativity. 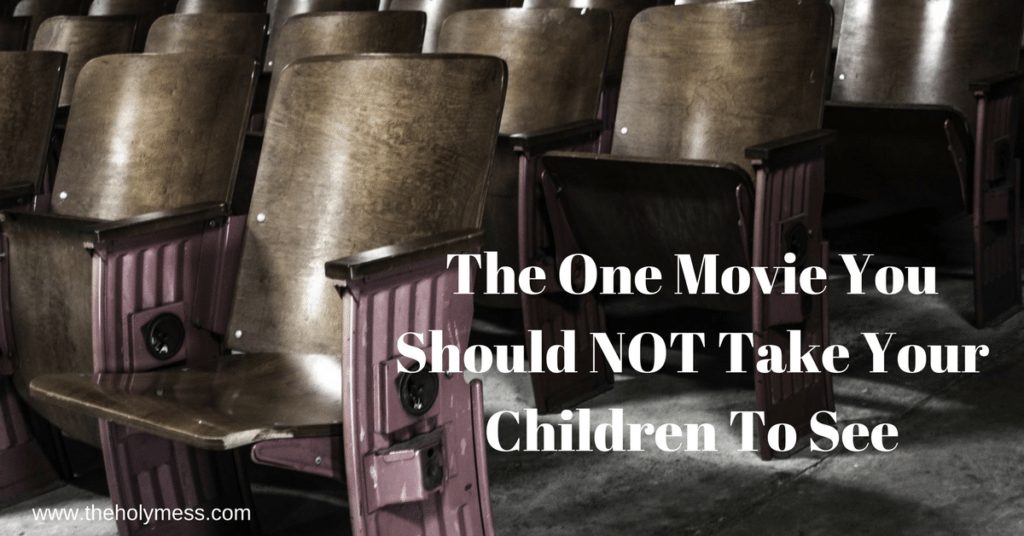 The One Movie NOT to Take Your Children to See

The movie NOT to take your children to see is the 2017 remake of Stephen King’s IT.

Yes, the film broke box office records over the weekend.

I apparently watched something completely different than the rest of America.

I bristled at the laughter that greeted this film from the packed audience. I left discouraged, angry and disgusted. Expressing my emotion, I returned home and posted the following on my Jeff Marshall, Movie Blogger Facebook page:

Parents and Guardians – I want to share with you my feelings having just returned from a viewing of the new movie IT. I have never had such an overwhelming reaction to a movie in my life. It is reprehensible, beyond disturbing, and I strongly encourage you not to let anyone under age see this. Without going into too much detail, the film features such adult themes as child abuse, incest, and Munchausen syndrome. A young pre-teen character uses horrible language throughout. The kids are subjected to all kinds of horrible and painful abuse. I left upset and disgusted. I know the reviews have been very good, and it’s a very popular film, but please think twice before taking anyone young or impressionable. Keep in mind, this is coming from someone who is very liberal when it comes to movies and their content, but I was horrified.

As I write this blog, the above post has reached over 40,000 people and has had over 250 shares. Nothing I have ever published has even comes close to this amount. Nothing I have ever published has been so divisive. Many have thanked me for warning them. Others have called me names I choose not to repeat and have told me I need to mind my own business.

I’ve spent the last 24 hours trying to figure out why my reaction to this movie was so visceral.

Why am I so disturbed by a movie about a killer clown? I didn’t have this reaction to the recently released ANNABELLE: CREATION or the CHILD’S PLAY films, all of which centered around killer dolls. Children’s toys and playthings have been used for decades as catalysts for horror films. Why exactly did this one offend me so deeply that I felt the need to warn parents immediately?

I am an avid AMERICAN HORROR STORY fan. I consider SILENCE OF THE LAMBS and the original HALLOWEEN among my top films of all time. I have argued the rights of artists like Martin Scorsese and THE LAST TEMPTATION OF CHRIST. I find the thought of censorship revolting and often find myself in the minority who have stood up for certain projects and filmmakers. My editor can attest to this fact.

I saw my first R-rated movie when I was 10. But that film was SILKWOOD, the Meryl Streep movie about the nuclear power plant whistle blower. (I was admittedly not your average 10 year old.) My parents had already sensed my maturity and passion for film, so they allowed it.

I know for a fact that my 9 year old nephew really wanted to see this film. I went with my 21 year old niece, and as much as I would have loved for him to tag along, my gut was telling me NO. I was wise to heed those feelings.

Note: From this point on, there will be spoilers. I hate to do it, but I can’t defend my stance without going into detail.

If you choose not to read further, I beg you to watch the film yourself first before allowing any minors to see it. For the rest of you, I shall continue.

In the prologue of this movie, we see a little boy get his arm bitten off by a clown and dragged into the sewers.

Later in the movie, we witness an overweight boy get his stomach carved up with a knife, a teenager slash his father’s throat, a young girl fend off the sexual advances of her own father, and a young African American boy attacked by racist hoodlums.

My fear is that some parents and guardians are not aware of the deeply dark content of this film. They will see advertisements of the scary clown and think it will be nothing more than a simple scary clown movie. Maybe something like POLTERGEIST, an admittedly scary and somewhat disturbing film that feels like POLLYANNA compared to this.

In this particular circumstance, I’m not able to distance my feelings for my nephew and my feelings for the film. That has never happened before, although I came close in my distaste for the recent DEADPOOL movie. My mind immediately entertains the thought of young people seeing this, not horrified by the titular clown but horrified by the actions of the people who surround it. That makes my heart hurt.

Let me state categorically that I am not judging or condemning any adults that like this film. I am second to none in my admiration of artistic films geared toward adult audiences that may contain elements that aren’t suitable to younger viewers.

My intent with this blog, once again, is to warn those with children who want to see this movie that it’s much more than just a scary clown movie. If you opt to let your minor children see it, be prepared to answer a lot of questions and possibly be up late at night comforting those who have suffered nightmares. Yes, I think it’s that disturbing.

Incidentally, here are a few Stephen King films that I think work BETTER than IT.

I welcome discussion below, as there’s lot that can be gleaned from your comments and opinions. Please keep them civil and respectful.

MOVIE REVIEWS OF ZOOTOPIA AND DEADPOOL

THEN AND NOW: POLTERGEIST 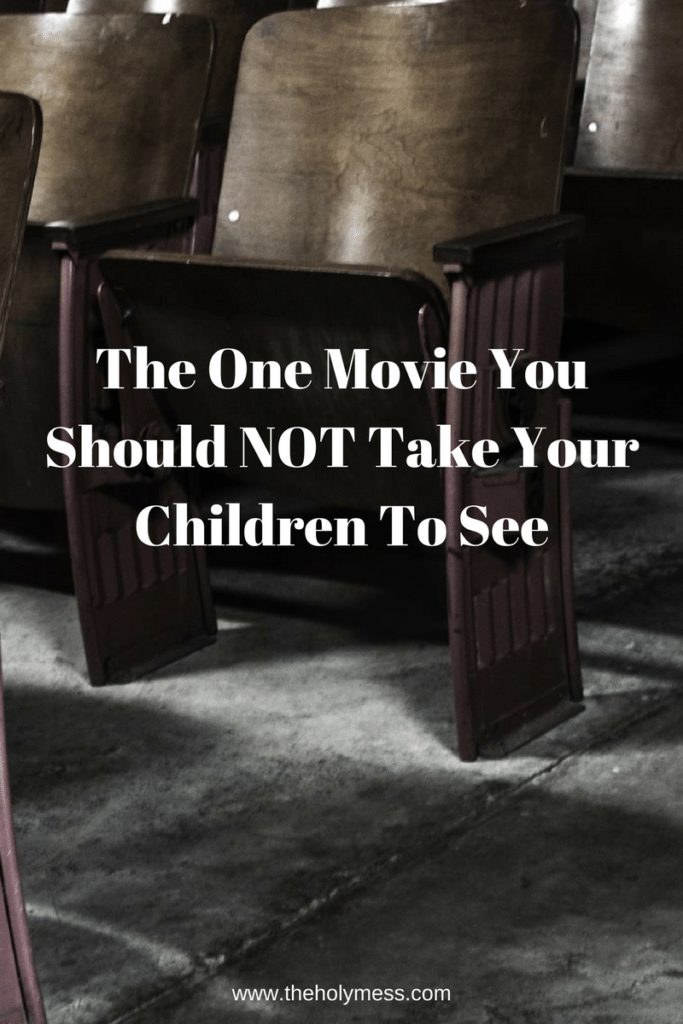