Home » Family » Movies » What to Watch on Netflix This Weekend 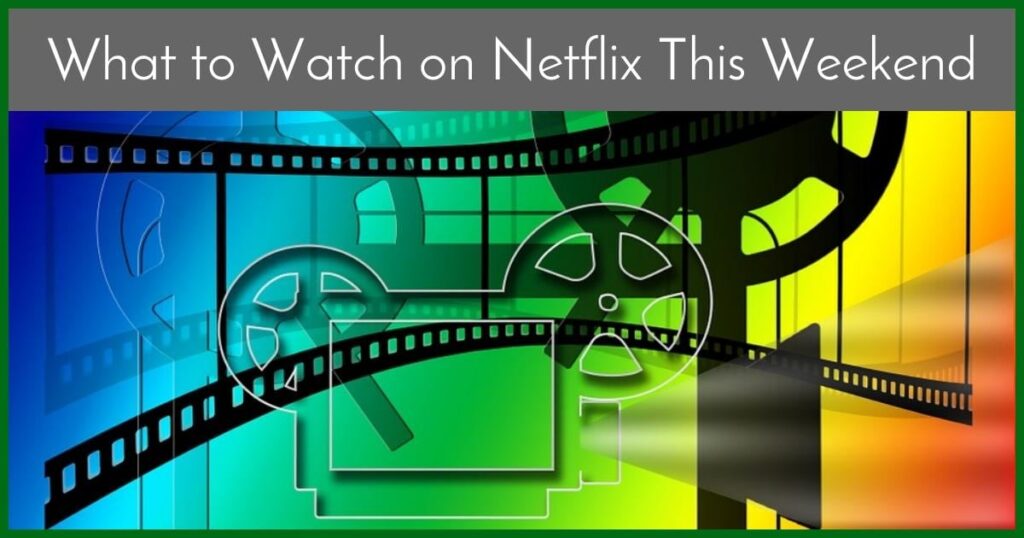 Are you deciding what what to watch on Netflix this weekend?

Here is a quick glimpse at some of best movies and TV shows you can binge-watch that are currently streaming on Netflix.

Today’s batch of films run the gamut from a blockbuster your children have likely already forced you to watch a kajillion times to a little known film that I had never even heard of before viewing it this last weekend.

Movies to Watch on Netflix This Weekend 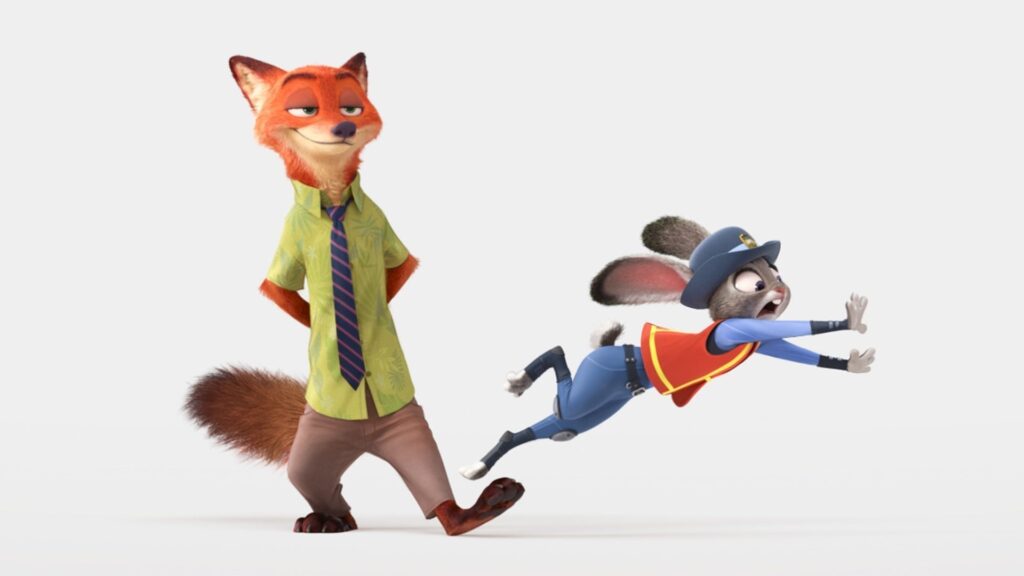 I must start out with the marvelous ZOOTOPIA, a film I was pleasantly surprised to see come to Netflix so relatively quickly after its initial release. Regular readers will probably recall me singing its praises in past blogs, and I’m happy to report that it holds up on a second viewing. I still consider it the best animated motion picture since BEAUTY AND THE BEAST in 1991 and I am crossing my fingers that it is recognized during the awards season later this year. What I appreciate about this film more than anything else is its ability to seamlessly blend dazzling characters and thrilling set pieces the kids will love along with sophisticated humor that will keep the adults interested as well. If you’d like to read more about the film, take a look at my official review.

Any classic movie lovers out there? You may very well enjoy A CONVERSATION WITH GREGORY PECK, a documentary which intersperses scenes from the late actor’s one-man show reminiscing about his life and career along with actual footage of Peck and his family, including the birth of his grandchild and enjoying a dinner with the president of France. TO KILL A MOCKINGBIRD is on my top-ten list of all time, so it was a real treat for me to hear Peck discuss so fondly the making of this masterpiece and the special relationship that developed between him and author Harper Lee. Along with some wonderful clips from many of his films, he also provides entertaining anecdotes and stories about legendary co-stars Audrey Hepburn, Sophia Loren, and others. Peck passed away in 2003, approximately four years after this film was made, and this is a wonderful remembrance of days gone by. (Thanks to Anika Martin for the suggestion!) 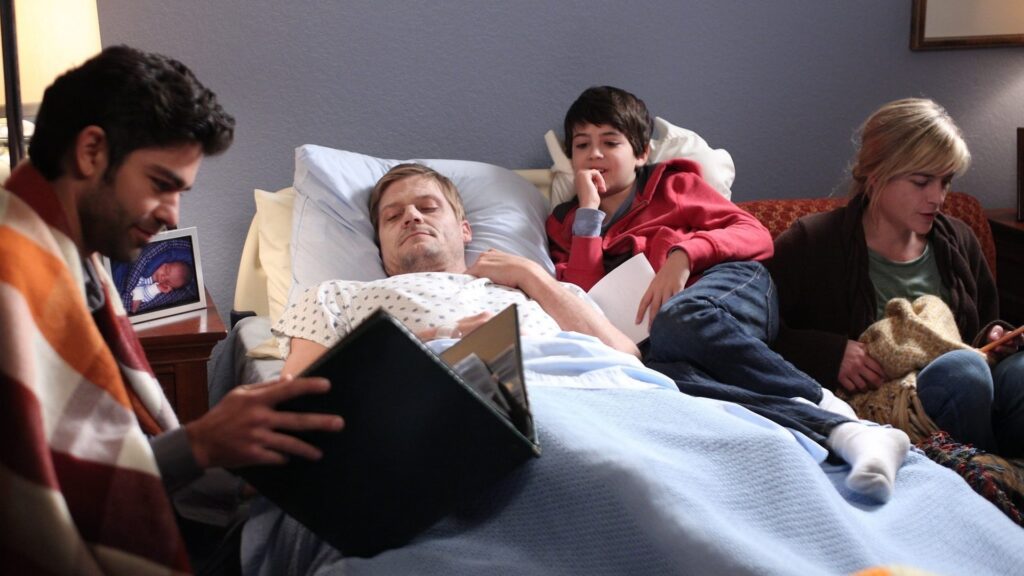 I had never in my life heard of a movie called SEX, DEATH AND BOWLING until it appeared among the films suggested to me by Netflix based on my viewing history. With a title like that, I had to give it a shot, and while it’s nothing earth-shattering or particularly memorable, I would recommend it to those of you who consider the Lifetime Movie Network among your favorites. And I admit I shed a tear or two by the end. Adrian Grenier, in a rather good performance, plays a highly successful fashion designer reluctantly coming back to his hometown to see his brother who is dying from cancer. The visit brings back memories of a difficult childhood and a still-strained relationship with his father. Unfortunately, the film is overpopulated with too many underdeveloped characters and unresolved issues, which keeps is from achieving the success of such benchmarks of the genre like ORDINARY PEOPLE or TERMS OF ENDEARMENT. Still, the cast is uniformly good, and you could do much worse on a rainy Saturday afternoon.

TV Shows to Binge-Watch on Netflix This Weekend

One of the biggest television hits of the year has been STRANGER THINGS, Netflix’s 8-part limited series about the search for a young boy who disappears under unusual circumstances. While it loses a bit of steam in the last two or three episodes, it’s still a highly entertaining, leave-your-brains-at-the-door-and-just-go-with-it adventure that will particularly appeal to anyone who grew up in the 80s. The filmmakers were obviously influenced by E.T., POLTERGEIST, THE GOONIES, FIRESTARTER, and myriad other movies from that period; however the feel is definitely more nostalgia than copycat. Although Winona Ryder is excellent in the most showy role as the missing boy’s mother, I was even more impressed with the many young actors, some of whom have never acted before, who are the heart and soul of the series and create a believable bond among themselves. Mix together a little sci-fi, a little adventure, and a little horror, bake at 350 for 8 hours, and enjoy this irresistible treat.

Finally, I would be remiss not to recommend to you my current obsession – THE GREAT BRITISH BAKING SHOW. It’s such a refreshing change of pace to watch a reality competition show in which everyone is actually polite to each other. But let’s face it, the cruelest putdown you could ever imagine would still come across as genteel and charming when said with an English accent. I really enjoy watching cooking shows in general – I’m a regular viewer of TOP CHEF and CHOPPED among others. There’s something about the science of cooking and the combination of the ingredients and the tension of hoping and praying that your soufflé doesn’t deflate – it’s more thrilling than any movie Alfred Hitchcock ever made. This wonderful show has all that plus, as I mentioned before, the irresistible accents. And a judge named Mary Berry. Who also has an accent. Who could ask for anything more?

What are YOU watching on Netflix? Give me a show or movie to watch.

If I review your suggestion, I will mention you personally in the blog, and repeat your name everyday for a year in my best English accent.

Have a good weekend! 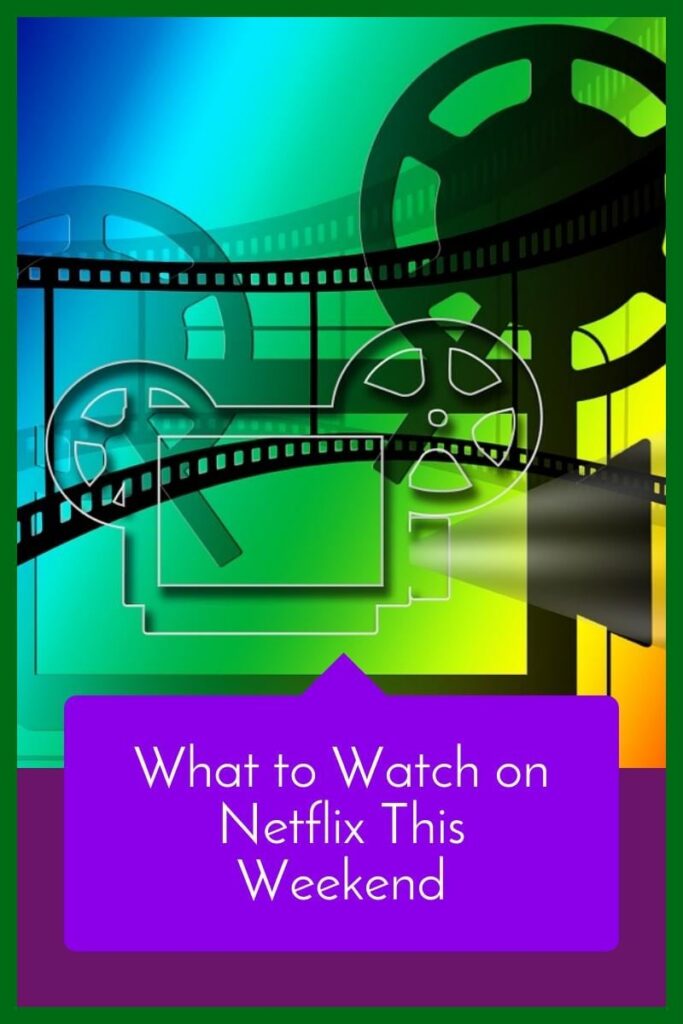