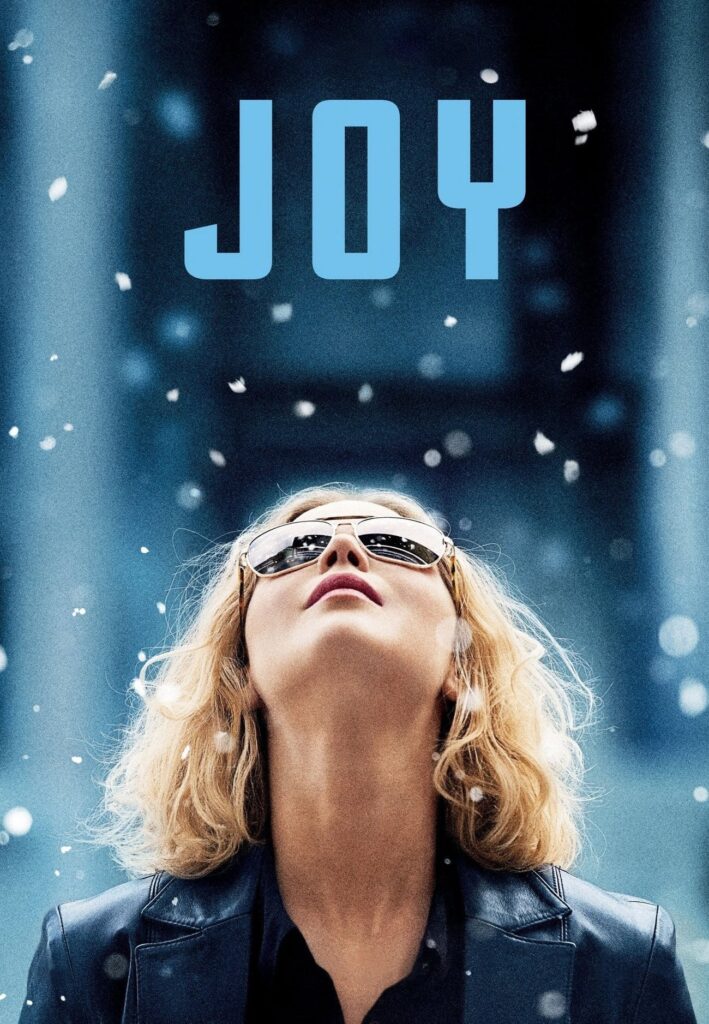 JOY is another disappointment from David O. Russell.

His last two films, SILVER LININGS PLAYBOOK and AMERICAN HUSTLE, were lauded by the majority of critics and audiences, but both missed the mark for me. And I’m afraid it’s now a trifecta.

I must start out by saying I don’t quite understand the general hoopla over Jennifer Lawrence. She is a wonderful interview and she seems like a fun, outspoken gal, but I have the same trouble with her that I often do with Leonardo DiCaprio. They seem to be playing dress up rather than acting. I often have trouble grasping them in more mature roles. This was particularly true of Lawrence in AMERICAN HUSTLE.

Here she plays the title character, a down-on-her-luck budding entrepreneur who eventually makes her mark with the invention of the Miracle Mop. She is surrounded by a group of dysfunctional family and friends who often seem to have wandered into the film from a bad ABC sitcom. You have the wacky mom addicted to soap operas, the volatile dad and his new rich girlfriend who met on an internet dating service, the strong-willed grandma holding the family together, and, for good measure, the ex-husband lives downstairs.

I don’t know the true story of Joy Mangano – I have no clue if all of these wild characters were actually part of her life or if they were invented or enhanced for the movie. Whatever the case, it doesn’t work for me cinematically. 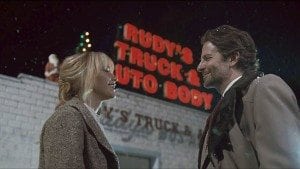 This film’s tone is wildly uneven, as it uncomfortably tries to mix comedy and drama – a problem I also had with 2014’s THIS IS WHERE I LEAVE YOU. The late director Mike Nichols once said he enjoyed making movies that were hard to categorize at the video store. Nichols excelled at that. Russell struggles. As I sit here typing, I’m trying to think of movies that have successfully been able to combine comedy and drama without dipping into manipulation or corniness or uncomfortable shifts from one to the other. A couple movies that come immediately to mind are TERMS OF ENDEARMENT and BROADCAST NEWS, both coincidentally by the same director, James L. Brooks.

I don’t know if it’s true or not, but I’ve read that the film went through at least one or two major changes in editing after test screenings, which may explain the tonal problems I had with the movie. As a general rule, I have problems with the whole idea of test screenings. Art is subject to interpretation, and when the artist starts tinkering with his work to please the most number of people, I think we enter into a sticky situation. Commerce and art are not interchangeable! Anyway, sorry about that tangent.

All this being said, JOY is definitely watchable. The cast is full of incredible actors who are fun to watch in spite of their sketchy characters. Isabella Rossellini, in particular, is wonderful to watch as De Niro’s girlfriend who lends Joy the money to begin her endeavor. Virginia Madesen, sadly, doesn’t fare as well as Joy’s mother. And I’m on the fence about how I feel about the use of daytime and nighttime soap opera actors like Susan Lucci and Donna Mills to star in a soap opera that interrupts the movie from time to time. While fun to watch, it tends to be a distraction.

And despite my problems with Lawrence, she is a very charismatic screen presence. 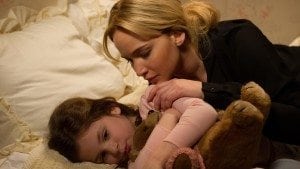 I have to end on a rather strange note, but this movie contains one of my motion picture pet peeves – when a character takes a pair of scissors and cuts off her hair, and it ends up looking like she walked out of the swankiest salon in town. That doesn’t happen in real life, folks. Try it sometime. You’ll end up looking like Ed Asner! 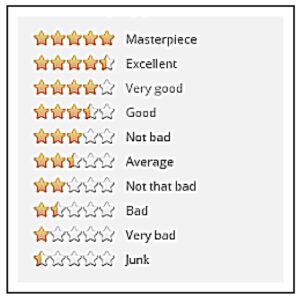 SUGGESTED VIEWING AGE:  16 and up 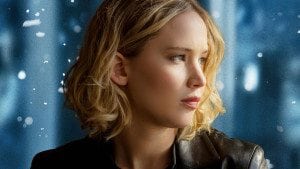