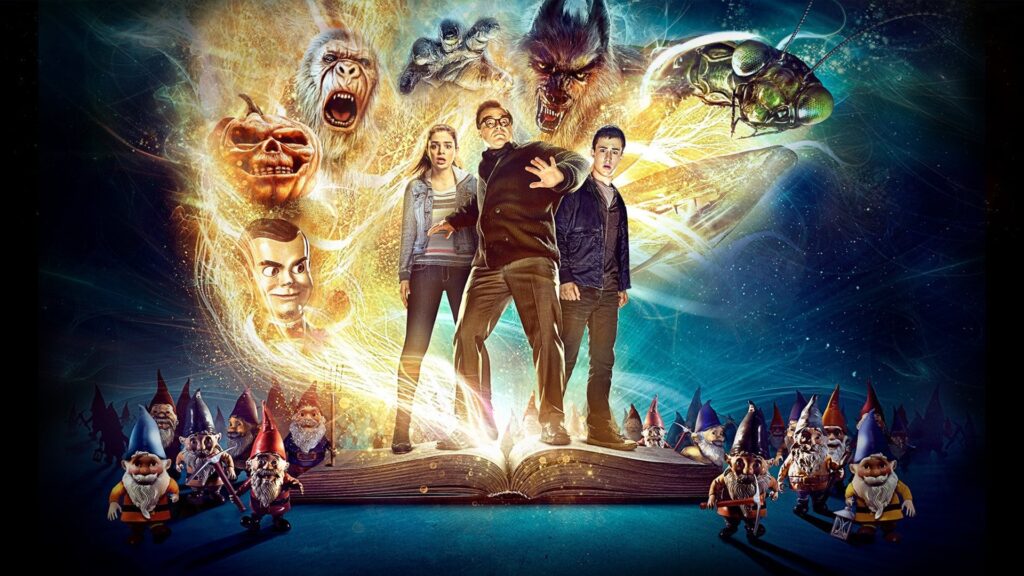 I have to admit that I’m not terribly familiar with R L Stine’s GOOSEBUMPS series of books and television shows. I think I saw one episode of the series – I vaguely remember a librarian who turned into a monster or something along those lines. GOOSEBUMPS seemed to be AMERICAN HORROR STORY for the Hannah Montana crowd.

I have some good news for you. You don’t have to have before-hand knowledge to enjoy Rob Letterman’s movie. I’m assuming some if not all of the characters and storylines are based on the books and/or television shows but I didn’t feel like my ignorance interfered with my appreciation of the film. 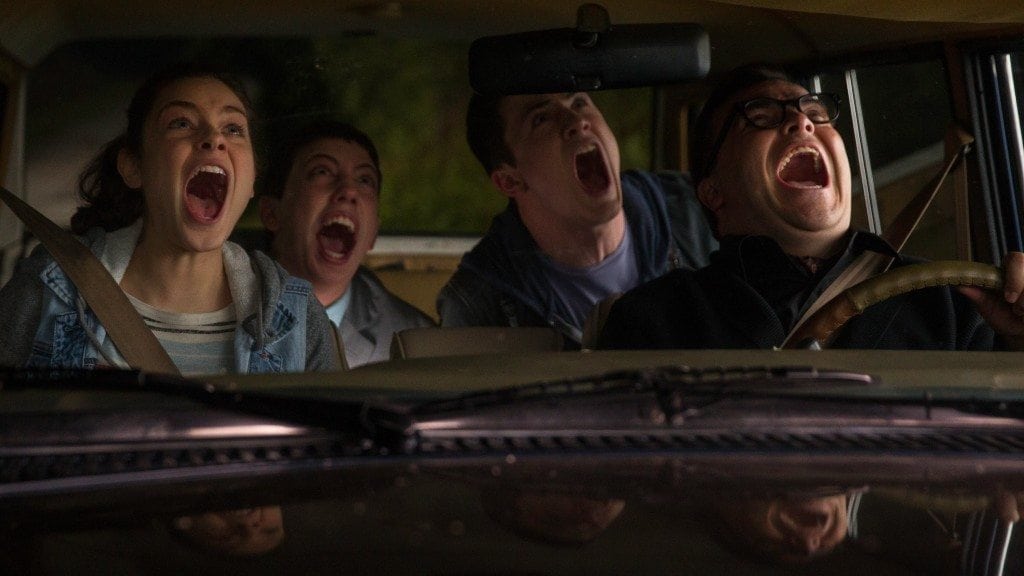 The plot centers around teenager Zach Cooper who has moved to a new city with his mom after the unexpected death of his father. As luck would have it, he moves next door to a curmudgeonly Jack Black and his lovely teenage daughter, a mysterious girl who, along with her father, seems to be harboring some deep dark secrets. Oooohhhhh…

Long story short, it turns out that Black is actually R L Stine himself, and through a series of events I won’t spoil for you, Mr. Stine finds his stories and characters coming to life. And, of course, it’s up to our young protagonist, with a little help from his friends, to save Delaware from these horrible creatures and still find time for a little puppy love romance.

GOOSEBUMPS is not a perfect movie, by any means. It took me awhile to warm up to Jack Black’s character – and performance. He seemed to be trying an accent that seemed to waiver from scene to scene. Meryl Streep he is not! There is also a supporting character named Champ, a schoolmate who befriends Zach, who has got to be the most annoying twerp I have seen on cinema screens in ages. Badly played, badly directed. And the ending is a shameless plug for the inevitable sequel – one of my pet peeves. 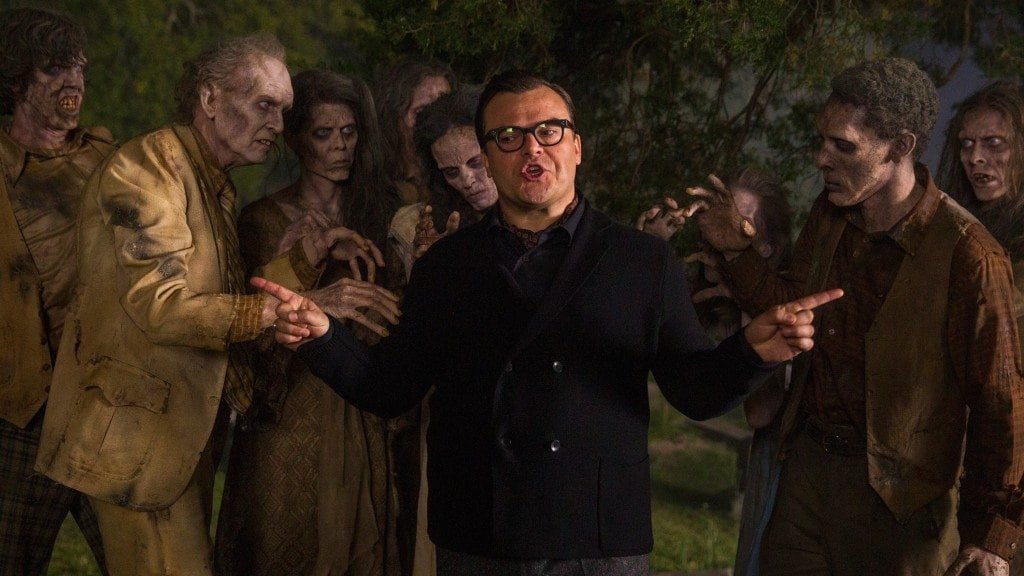 That being said, GOOSEBUMPS was not made for critical analysis. It’s not boring, it moves along at a brisk pace, and for the most part successfully walks that tightrope of including material that will entertain adults while not totally alienating the kiddos.

I took my seven year old nephew Keegan with me and asked for his thoughts afterwards. I was a little concerned as I wasn’t expecting so many werewolves and scary clowns and irritating teenagers named Champ. Keegan said the movie would probably be about 10% scary for the normal person, but for him it was only about 2% scary. His scariest moments involved a giant praying mantis, a really mean poodle, and an abominable snowman.

He only had two bathroom visits, he didn’t fall asleep, and he didn’t ask when it would be over, which speaks well for the movie. And more importantly, there were no nightmares later that evening.

I, on the other hand, am still having nightmares after Keegan spilled an entire bucket of popcorn. It took every ounce of willpower I had not to get on my hands and knees and rescue every one of those precious little buttery kernels. I haven’t wept so hard since FIELD OF DREAMS.

If I were to recommend GOOSEBUMPS for a certain age level, I would say maybe 10-12 years old. It may be a little scary for anyone too much younger, and it won’t be scary enough for anyone too much older. There are a couple kissing scenes, so don’t be surprised to hear a chorus of “EW, GROSS” depending on the maturity level of the child.

PARENTAL WARNINGS: Some scenes of violence and danger (a lot of it comical), a couple of teenage kisses