Not only is this a remarkably intelligent and moving film, but it is also a fascinating history lesson that could prompt quite the discussion afterwards. SUFFRAGETTE offers us a glimpse into the battle women raged in Great Britain to win the right to vote – I can sense your enthusiasm already, he exclaimed sarcastically.

One of the great victories of Suffragette is its ability to make this revolution come to life in a sometimes thrilling, sometimes shocking, always heartfelt way – and it has a sense of urgency and importance for us today as we witness the struggles of women across the world. 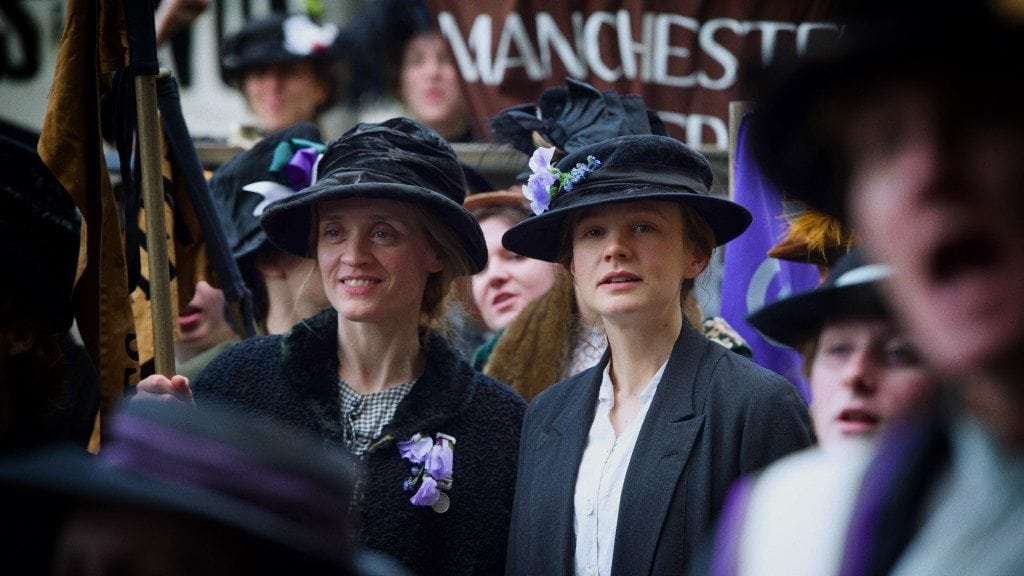 The women are led in their revolt by activist Emmeline Pankhurst, who is featured very briefly in the film played by Meryl Streep. Pankhurst encouraged riots and rebellion and felt that imprisonment or even death were preferable to the slavery of injustice. We see women beaten and brutalized, ostracized from their families, and sacrificing their lives for the cause.

This film has not gotten the best reviews and has been a disappointment at the box office, but take it from me, it’s an unforgettable experience, beautifully told. It would also be a great film to watch with your daughters (I’d say 14 and above) and consider how the passion and sacrifice of these women paved the way for women like Margaret Thatcher and Hillary Clinton.

SUGGESTED VIEWING AGE:  14 and up