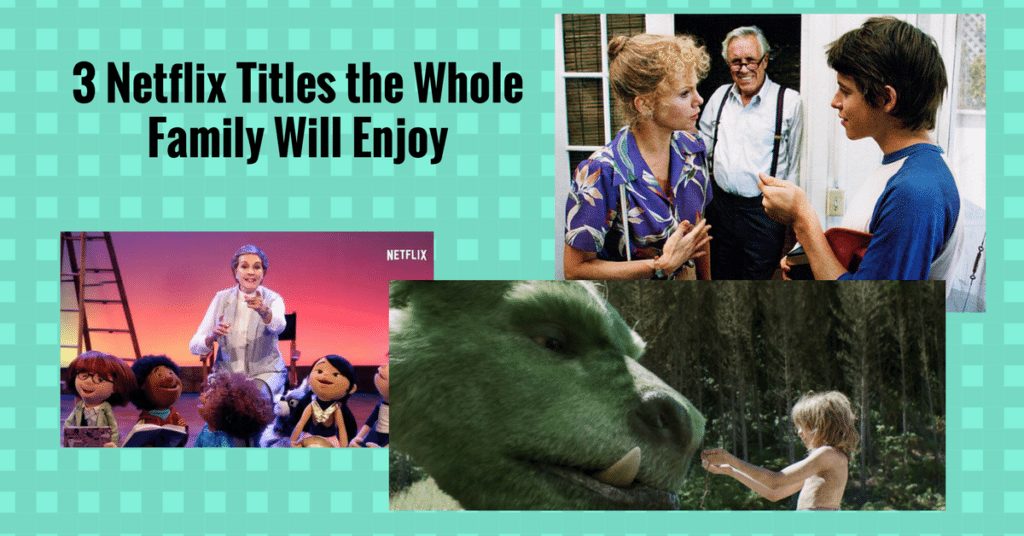 Are you a Netflix subscriber looking for some films and original programming you can watch with everyone in your family?

Here are 3 Netflix titles the whole family will enjoy: an unexpectedly wonderful Disney remake; an original family series starring MARY POPPINS herself, Julie Andrews; and a delightful 1983 hidden gem about family and the ties that bind.

I had absolutely no expectations for this movie.

The original 1977 film continues to be a distant memory, one of those frustrating movie-going experiences when you know you’ve seen it but you can’t remember a thing about it. I take that back, I remember one thing. I remember a gorgeously backlit Helen Reddy standing atop a lighthouse singing “Candle on the Water”.

The 2016 remake has been in my Netflix queue for weeks and weeks. I passed it regularly looking for something that caught my attention. Finally, last weekend, I decided to take the plunge and get it over with. To my surprise and amazement, I was completely captivated and happily add this to the very short list of remakes that outrank their predecessors.

Young Pete has been orphaned after he is the sole survivor of a car accident that has taken the lives of his parents. Scared and alone in the forest, he faces a pack of wolves only to be rescued by a kindly giant dragon he names Elliot. The dragon becomes a surrogate parent for him over the next few years until Pete is discovered by the young daughter of a local lumberjack. Young Pete is welcomed into civilization but obviously misses his woodland home and his plantation parent. Elliot the dragon is eventually found and dragged into captivity, as the lumberjack’s brother hopes to use the creature as his ticket to fame and fortune. From this point on, we get the obligatory rescue, chase, reunion, etc.

There is nothing shatteringly original or groundbreaking about PETE’S DRAGON, but what it does, it does magnificently. I was captivated from the first moments till the goosebump-inducing finale. Young Oakes Fegley is a wonderful Pete, and he gets strong support from Robert Redford and especially Bryce Dallas Howard as the kindly park ranger whose biological clock is put into overdrive by this young boy.

Young viewers may be scared by the car accident which opens the film and disturbed by Elliot’s capture and temporary imprisonment, but overall it’s a wonderful family film that should please, or at least entertain, all ages.

I had no idea JULIE’S GREENROOM even existed until PETE’S DRAGON ended and this came up as a suggestion. I usually try to keep up to date on new programming, but this totally escaped me. Julie Andrews? Muppets? Count me in.

The ever lovely and ageless Miss Andrews is the proprietor of a local theater called the Wellspring Center for the Performing Arts. With the help of alumnus and personal assistant Gus, Ms. Julie teaches performing arts workshops to a new batch of students who just so happen to be Muppets from the Jim Henson Company. We welcome a wonderfully diverse group of youngsters including a dead ringer for Lea Michele’s “Glee” character and a wheelchair-bound piano prodigy, among others.

Each episode welcomes a new guest star who teaches and inspires the students to follow their dreams and learn the craft of acting and performing. I have watched four episodes thus far and the guests have included Idina Menzel, Chris Colfer, Josh Groban, and Alec Baldwin.

Let’s start off with the obvious: who doesn’t love Julie Andrews? To call her a national treasure is an understatement. From MARY POPPINS and THE SOUND OF MUSIC to VICTOR/VICTORIA and THE PRINCESS DIARIES, the term “legend” was created for people like Julie. It’s an honor to witness any undertaking with which she is associated.

And the episodes have been thoroughly entertaining and engaging! What a wonderful opportunity for young people who might be interested in pursuing the arts to learn about writing and singing and becoming a character. This is a fabulous idea, and I’m looking forward to future episodes with appearances by Carol Burnett, Sara Bareilles, Joshua Bell and others.

This is a must for any youngster who has shown the slightest inclination of becoming involved in the performing arts!

I always try to throw in a classic from my childhood when making these suggestions for you loyal viewers, and I couldn’t resist that opportunity to introduce many of you to MAX DUGAN RETURNS, a 1983 staple of my HBO youth.

This film was written by the incomparable Neil Simon, a name that may be unfamiliar to many today but who was a staple of theatrical and motion picture comedy a few decades ago. Simon is responsible for such wonderful productions as THE ODD COUPLE, BAREFOOT IN THE PARK, THE GOODBYE GIRL, BILOXI BLUES, and too many others to name.

Simon wrote MAX DUGAN RETURNS specifically for the movies and specifically for his longtime muse and one-time wife Marsha Mason, who was among the top actresses of the 1970s and early 1980s. Two years prior to this film, Mason was Oscar-nominated for another Neil Simon production called ONLY WHEN I LAUGH.

Max Dugan (Jason Robards) is an aging con artist and thief who hasn’t seen his daughter Nora (Mason) in decades. Max finds out that he is dying, and decides he wants to make amends with his daughter, who now has a teenage son Michael (Matthew Broderick, in his film debut) and become part of her life.

Obviosuly, Nora is filled with years and years worth of resentment because of his absence, and even though Max is showering her and Michael with countless gifts and monetary promises, she can’t help but keep Max at a distance. Not to mention that Nora has recently started dating a local police officer (Donald Sutherland), which puts her in a rather precarious quandary considering her father is a known felon.

Like most Neil Simon vehicles, MAX DUGAN RETURNS is more fantasy than reality. His scripts give characters marvelous one-liners and zingers that the average person could never dream of inventing. So the film plays almost like a 1980s fairy tale. The little ones may get a little bored, but it’s a lot of fun for older kids to not only see the gifts with which Nora and Michael are showered but as 21st century viewers to see how out-dated many of those gifts now seem. This is a veritable 1980s time capsule that will provide laughs for the young ones and nostalgia for us older souls.

THE SHACK MOVIE: RESOURCES, RECOMMENDATIONS, AND WHAT TO KNOW BEFORE YOU GO

THE SHACK MOVIE REVIEW: WE SAW IT AND THIS IS MY TAKE AWAY

I AM A CHRISTIAN AND I WATCH SWEARING ON TV 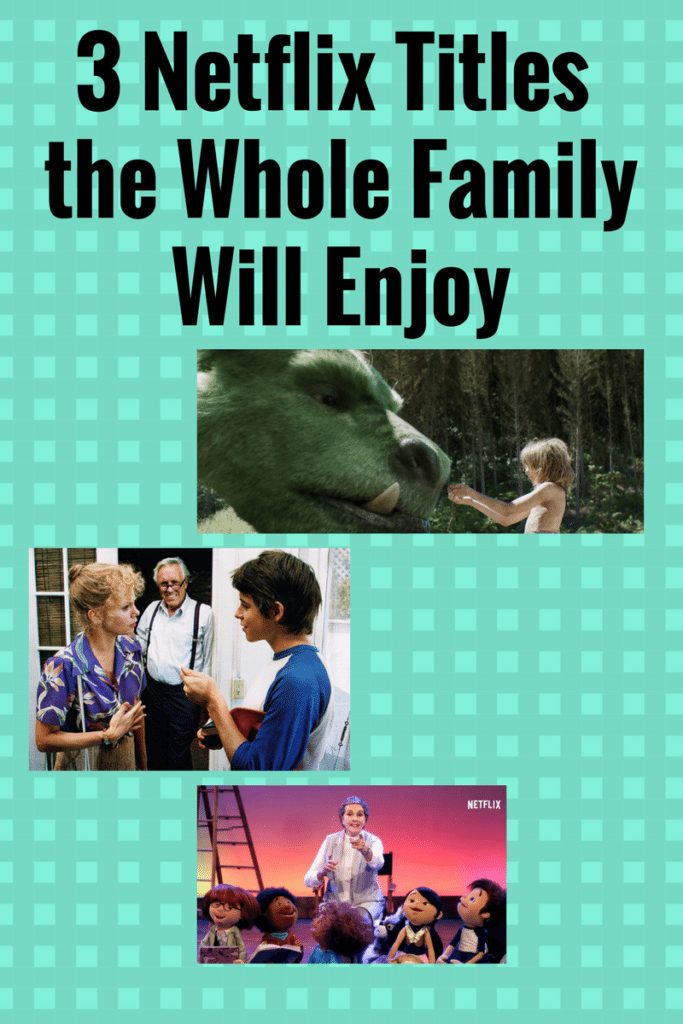 Grow Your Faith with Helpful Printables

*How to Do a House Blessing

*How to Use an Advent Wreath

Success! Important: Check your email to confirm and get your free download.