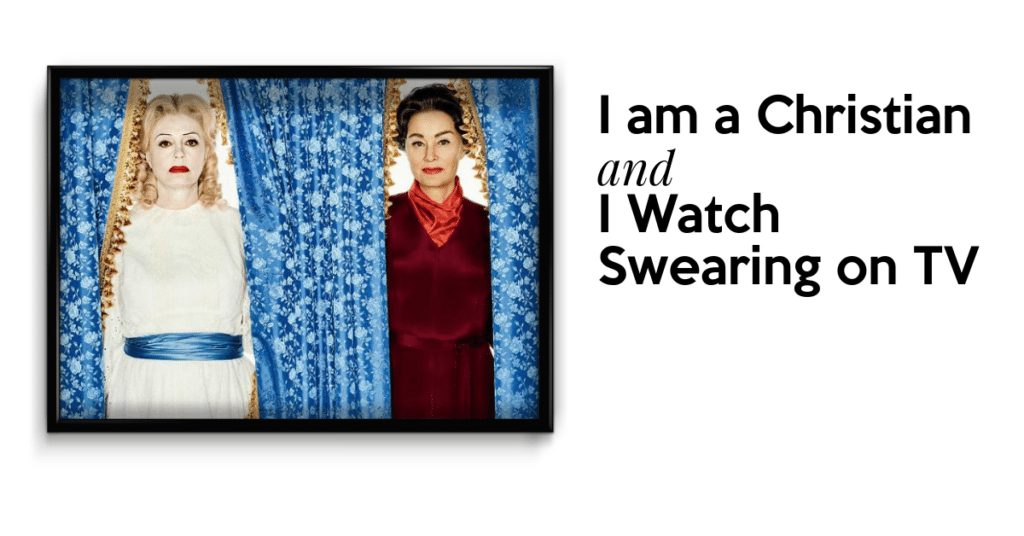 As a Christian AND as a lover of the arts, I often find myself facing an internal conflict. The tug-of-war is this one: I am a Christian and I watch swearing on TV.

The struggle reared its ugly ahead once again this last Sunday night as I watched the first of Ryan Murphy’s eight episode extravaganza FEUD: BETTE AND JOAN. I’m sure many of you have heard about it as it’s been advertised and hyped for a good couple months. For those of you unaware, it is a behind the scenes look at the making of the 1962 classic WHATEVER HAPPENED TO BABY JANE? and the turmoil between its two stars Bette Davis (played by Susan Sarandon) and Joan Crawford (played by Jessica Lange).

The first episode was absolutely irresistible, particularly for an old film lover and historian such as myself. The groundwork was lain for what appears to be a fascinating tour de force examining two women who absolutely loathed one another but joined forces for the sake of saving their careers. Sarandon and especially Lange were sensational, and the supporting cast first rate. I was especially happy to see one of my favorite unsung actresses, Judy Davis, show up as legendary gossip columnist Hedda Hopper.

All this being said, I was shocked and quite taken aback by the language used in the show. Maybe it blindsided me because I wasn’t expecting the amount and extent of expletives on network television. Without going into specifics, we’re talking about the grand-daddy words. Words that would result in an immediate bar of soap in the mouth for anyone under 18 who dared utter them.

Then came the inevitable guilt. I’m not going to lie to you. There is no doubt whatsoever that I will continue to watch this show. But I can’t help but be a bit perturbed by the reliance of coarse language to enhance the program itself. 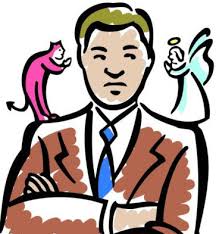 This is when the animated Angel Jeff sits upon my left shoulder while the Devil Jeff gets comfortable on my right.

Angel Jeff encourages me to seek out more wholesome entertainment, movies and television shows that accentuate the positive and eliminate the negative. Devil Jeff convinces me that these shows are simply a reflection of what’s going on in the world or what has gone on in the world, warts and all, and it’s not that big of a deal.

I’m a truth teller, so I’m going to give it to you straight. Devil Jeff usually wins.

My eight-year old nephew Keegan loves to watch YouTube videos of people playing video games. I myself don’t quite understand the enjoyment of it, but I digress. Unfortunately, the gentlemen playing these games tend to use obscene language that would make a sailor blush. If I feel the language is getting out of hand, I will force him to turn it off and join me in a game of hide and seek.

A couple hours later, once he’s fast asleep, I’ll start watching a movie on Netflix or something that has similar language if not worse.

Am I being a hypocrite?

A Lover of Art

Unlike many people, I take the arts very seriously.

I tend not to flock to the cineplex to watch the latest Transformers movie or the most recent Teenage Mutant Ninja Turtles film. I believe performance art has the ability when done correctly to open our eyes, to touch our hearts, and to move our souls.

I seek out and am often deeply affected by films and television shows that dare to not only entertain but also to enlighten.

I am a Christian and I Watch Swearing on TV

In the end, this is what I’ve decided.

I am confident enough in my faith and my beliefs not to be swayed by anything I hear on the silver screen or on my Roku TV. I don’t view “naughty words” as a means of titillation or juvenile enjoyment. I view serious art as a reflection of society and a magnifying glass to what’s going on in the world.

I feel an obligation to shield my nieces and nephew, no matter their ages, because I want them to realize that what they are often seeing or hearing onscreen is not the goal but the thing to avoid. My nieces are now 24 and 20 so I feel a bit more at ease with them, but I am incredibly strict with the eight-year old because I feel he is still in the process of discovering who he is and is at an age where he is easily influenced.

I’m sure what these kids hear on the school bus is ten times worse than anything they’ll find on television, but I still feel that innate need to protect.

Have you gone through a similar thought process? What did you decide? Please share your thoughts in the comments below.

The Shack Movie: Resources, Considerations, and What to Know Before You Go

The 2 Most Controversial Easter Movies of All Time 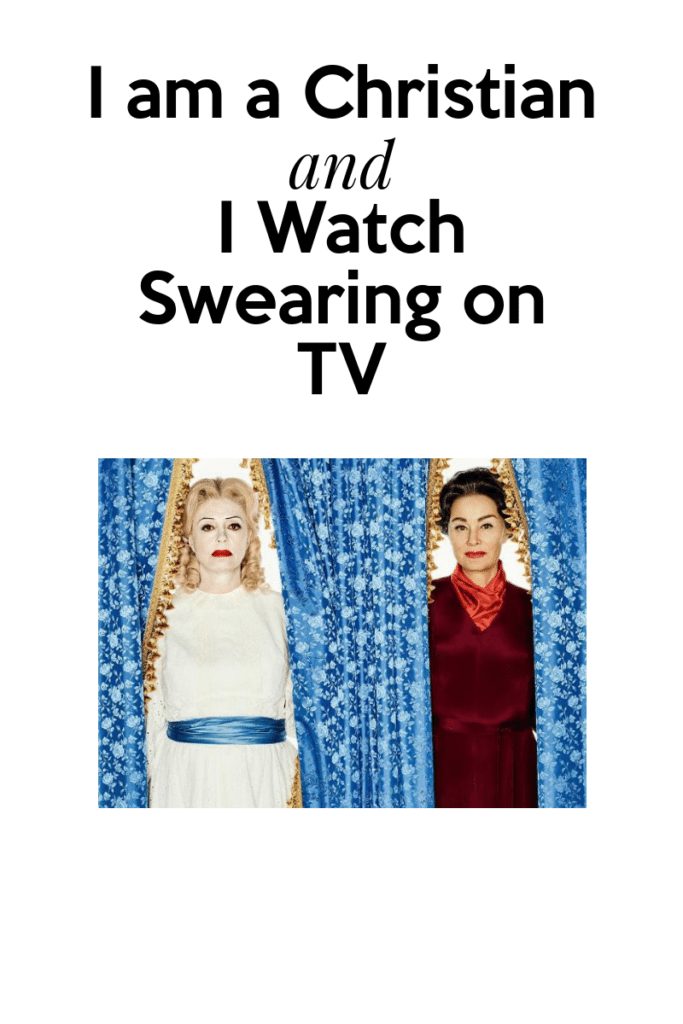