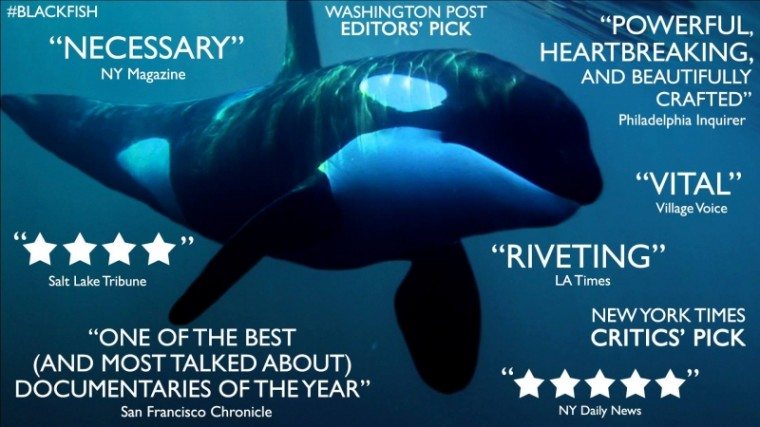 BLACKFISH has caused me debate for some time. Should I include it in a Family Video Review as a family film? After quite a bit of thought, I decided this is the perfect type of film – a movie that will result in discussion and debate, a movie that could change our thoughts and opinions and open our eyes to look at the world differently.

Let me say right from the start that this is not a film for younger audiences. BLACKFISH contains disturbing images and emotions run high. I would recommend no one under 13 watch this movie unless they are particularly mature for their ages or have a special interest in its subject matter.

BLACKFISH is a documentary that delves into the world of killer whales that are brought into captivity and trained to perform in theme parks such as Sea World. Many of us who have attended such shows have probably never given a second thought to what goes on behind the scenes – how the animals are captured and trained, how they are forced to adapt to an entirely foreign world of isolation and solitude. 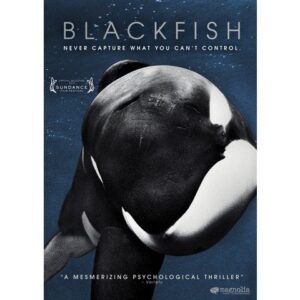 BLACKFISH is a wonderful illustration of the ability of motion pictures to not only entertain but to enlighten and teach and challenge.

A good majority of this movie consists of interviews from those who have participated either in the capture or training of these magnificent creatures and have lived to regret their decisions in doing so. We hear from gentlemen who vividly and tearfully detail how the baby whales are taken from their families. We listen to stories from former Sea World trainers who describe how the captured animals are punished and starved as they learn to perform for thousands of captivated audiences who haven’t a clue what goes on behind the scenes.

The centerpiece of this documentary involves an orca by the name of Tilikum who was involved in the death of senior Sea World trainer Dawn Brancheau and the events that led up to this unfortunate event. We see actual footage of killer whale attacks, and we hear from victims and witnesses; however, I walked away from this movie not enraged at the animals who were responsible for these acts, but at the human motivations that forced them into captivity in the first place.

BLACKFISH is a wonderful illustration of the ability of motion pictures to not only entertain but to enlighten and teach and challenge. I don’t know about you, but every time I go to a zoo, there’s always a tinge of sadness as I see the animals behind the fences and in the cages, away from their natural habitat. This film shows in heartbreaking detail the effects of calves being taken away from their mothers and the dangers the orcas face in captivity, both in human form and from the other killer whales in the same plight.

Unfortunately, in my opinion, there is a huge liability that keeps this from being a 4-star movie. There is very, very little time given to those who feel differently from the obvious stance of the filmmakers. In a film such as this, I feel it is vital to hear both sides of the story. I want to hear the opinions of those who feel captivity doesn’t breed hostility, who feel there is nothing wrong with forcing animals out of their homes and teaching them to perform. I long to hear from those with whom I disagree because it ironically often leads to more of an understanding.

An epilogue at the end of the movie states that current Sea World employees repeatedly declined to be interview for the movie, so it’s quite possible that the filmmakers hands were tied in this regard; however, the movie suffers as a result.

That being said, BLACKFISH is definitely worth seeing, particularly for anyone who has a fondness and love for animals. There was only one four letter word used (actually it was eight letters, but you get the idea); however, we hear descriptions of semen and insemination, so there may be some explanation required. There is also a segment that is subtitled, so unless your children speak Spanish or are very fast readers, you may need to help them out.

This is an important movie that broaches an tough topic with tact and honesty. I think it could result in some great conversation afterwards, and while not the most enjoyable movie I’ll ever discuss on this blog, it could be of the most meaningful. 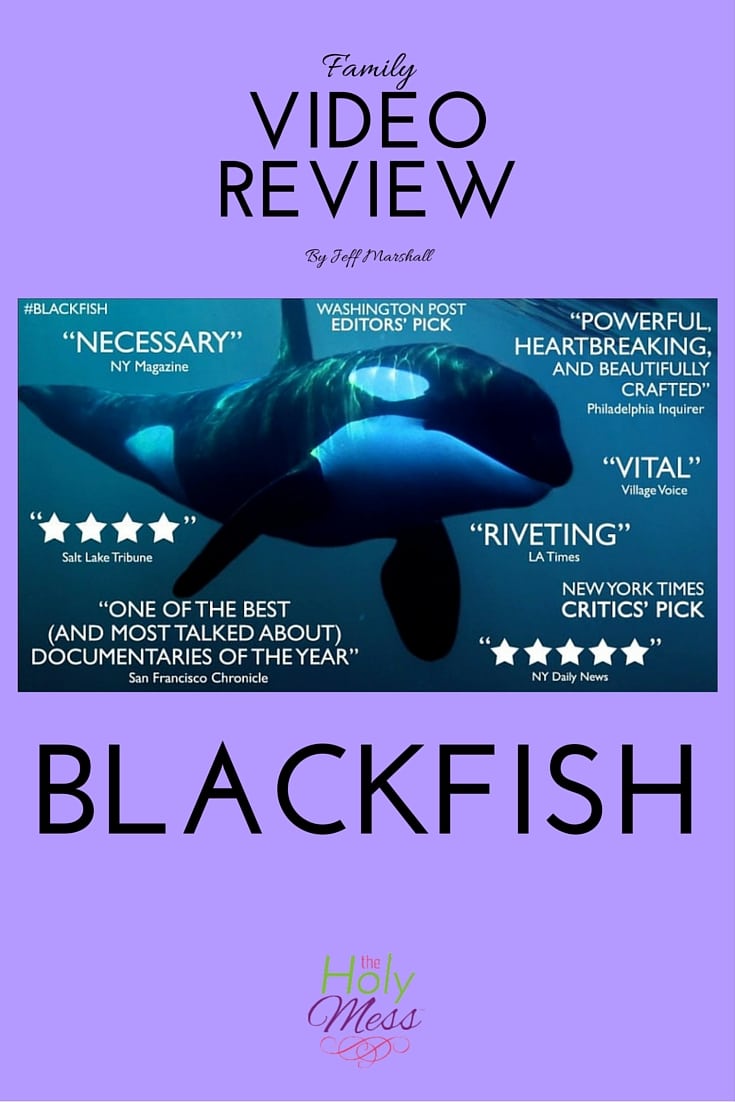 So, until next time, see you at the Redbox…

Have you seen BLACKFISH? What was your opinion?

If you haven’t seen it, do you plan to watch it?

Jeff is a m

usician, humorist, gardener, and uncle. Jeff is Sara’s cousin, life-long dear friend, and “Uncle Oscar” (our nickname for him because of his love of all things movie) to Sara’s kids. Our lives have been intertwined in the most blessed way. 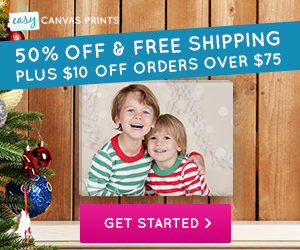