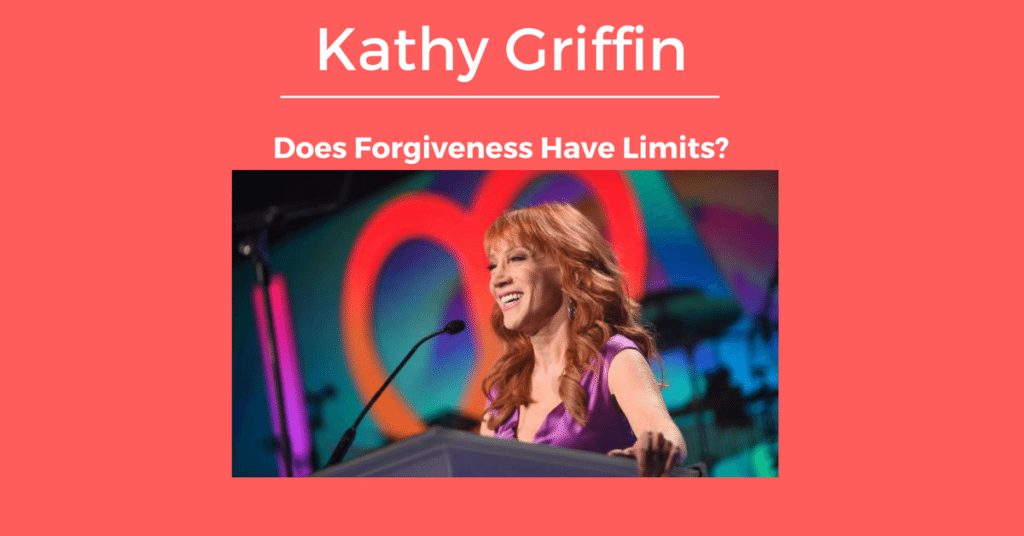 Comedienne Kathy Griffin has stirred the pot and gotten burned.

Griffin, a comic noted for her no-holds-barred brand of comedy, participated in a photo shoot in which she held a bloody, decapitated head obviously meant to be President Donald Trump, and the results in both her personal and professional life over the last few days have been cataclysmic.

Note: Opinions stated in this blog are mine and not necessarily shared by Sara Borgstede or The Holy Mess.

While there are a few people standing behind her, the vast majority of public opinion has been overwhelmingly negative. She has lost sponsors, every gig she had scheduled has been cancelled, and she has even claimed death threats.

Are people overreacting to a comedienne simply expressing her First Amendment rights or is the outcry justified?

Kathy Griffin has made a living out of pushing the envelope. Her stand-up routines consistently mock celebrities who are in the spotlight or have displayed questionable behavior. Her snarky performances make me think of a modern day Dorothy Parker, the early 20th century satirist who was known for her wisecracks and acerbic humor.

That being said, Griffin is also self-depricating in her humor, not unlike the late Joan Rivers, and often makes herself the biggest punching bag of them all.

Griffin is far from everyone’s cup of tea, having been barred from many talk shows and censored on several occasions. I personally like Kathy and am a fan of her comedy, as I see it more as a skewering of modern day celebrity and a mocking of what we consider important in today’s society, rather than a witch hunt or roast. Some who are targets of Griffin’s jokes accept and appreciate where she is coming from and laugh along with her; others, obviously, do not.

Do I agree or support what Kathy Griffin posted? Absolutely, positively not.

Griffin’s post was in bad taste, and even though I think I know where she was coming from and what she was trying to accomplish, I didn’t see any humor in it and felt her attempt at political satire backfired. (And this opinion is coming, mind you, from a very staunch and vocal Trump opponent, as you may recall from my Trump vs. Streep blog earlier in the year.)

Do I agree that what she did, and what she has subsequently apologized for, should result in total ostracization, boycotting, and threat of imprisonment? Absolutely, positively not.

Griffin: Why the Uproar?

Why has this particular situation created such an uproar?

In 2012, musician Ted Nugent, a vocal Barack Obama detractor, said, “We need to ride into that battlefield and chop their [the Obama administration’s] heads off in November.” He also said, “If Barack Obama becomes the next president in November, again, I will either be dead or in jail by this time next year.”

Not to mention the numerous tweets, pictures, and posts by nameless, faceless Joe Plumber Americans showing Hillary Clinton’s severed head on a pole, Obama hanging from a tree being lynched, and other despicable examples of extreme hatred going out in America today.

Griffin, I believe, had several things going against her. She was a comic known for very controversial and some would say mean-spirited humor. Many people dislike her with a passion. She is a woman. Her post came on the heels of tragic events around the world, some involving decapitation. The current administration is most likely looking for any scapegoat to take focus off of the non-stop bad press they’ve been receiving, even if it is for a fleeting moment. And the list goes on. If nothing else, Griffin is indeed a victim – of bad timing.

Griffin had guts to apologize. Griffin has said in the past that she has never and will never apologize for a joke, so I know this took a great deal of thought. And I can think of certain people in power who rarely if ever have admitted to being wrong.

Questioning her apology is unfair. If her apology is insincere and simply a feeble attempt to salvage a career many think has been permanently ruined, that’s on her shoulders, not ours. None of us know her heart or are able to determine her true intentions.

The lack of empathy in our world is sad.

When people make a mistake, the very first thing you hear is to fire them, boycott them or end their careers.

What ever happened to – if you don’t like what someone says or does, then just don’t watch them, listen to them or follow them on social media?

Don’t try to censor everyone else’s rights to continue to watch someone, listen to them or follow them on social media. Of course there are exceptions, as there are to every rule. But boycotting everyone who disagrees with us is dangerous on a number of different levels.

This post is incendiary for many. I recall some of the really mean and outlandish responses from the Donald Trump/Meryl Streep blog in January, and this latest controversy is tame by comparison.

What are your thoughts? Respond in the comments below. We welcome responses and debate, particularly from those who disagree, but all discussion must be civil. We reserve the right to delete any inappropriate comments. 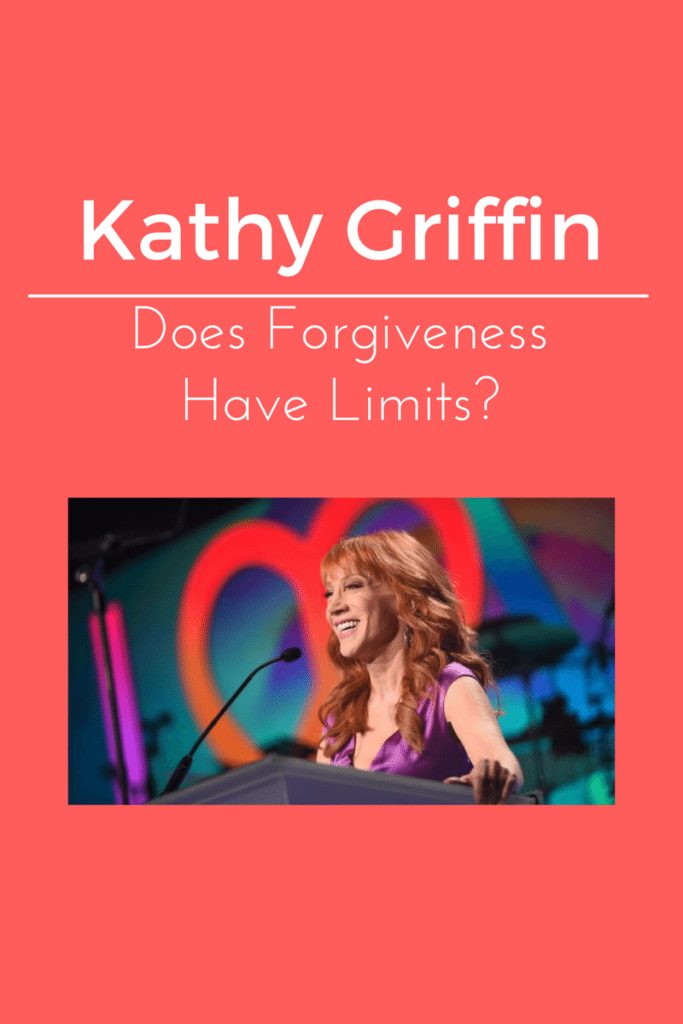