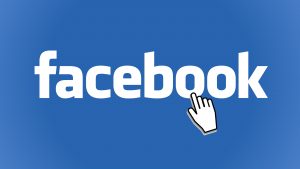 I have such a love/hate relationship with Facebook that I think it truly may be driving me insane. I can only compare it to ice cream – it’s not good for me, I sure as heck don’t need it, it occasionally gives me a headache, and after I’m done I spend a good hour thinking about all the better things I could have been eating instead.

But dog gonnit if it isn’t the most fascinating insight into people I’ve ever seen in my life!

I have written about Facebook and social media before in one of my previous and most popular blogs, ME, MY SELFIE, AND I, but that was almost 18 months ago, and I’ve since delved into new insights.

Let me begin by saying this. If you indulge in any of the reprehensible shenanigans I describe below, this is not a personal attack and I don’t hold it against you. I have been guilty myself of falling into most, if not all, of the social media traps that bug me to no end – but it’s much more fun to holler at someone else for doing them. I’ll deal with the log in my own eye later this afternoon…

So, I can hear you all now – “So, Mr. Sour Britches, what’s acceptable for us mere mortals to do on Facebook?”

Thank you for asking, smart alleck.

Okay, I actually feel much better now and think I can manage to get through another week.

As I ponder which Golden Girl I am, how well I know the lyrics to The Rocky Horror Picture Show, and which Disney song is the most about me, I wish you a fond farewell and happy interneting!