This weekend we reach the climax of Holy Week as we meditate on the great sacrifice of Christ on Good Friday and rejoice in His resurrection on Easter Sunday. Sara has been sharing a rather extraordinary series of blogs dedicated to this important time in the church calendar. I hope you have had a chance to read and inwardly digest them. She’s done some great work!

Today I share with you my insight on two movies that are very fitting for this time of year — the two most controversial Easter movies of all time. They take polar opposite views of Christ’s life, especially the events leading up to Holy Week, with varying degrees of success.

I feel it necessary before I go any further to confirm that the views I share are mine only and not necessarily the views shared by Sara or any other contributor to the Holy Mess. I want to state that explicitly because my views on these movies are quite contrary to the general public opinion.

The films I have chosen to discuss caused great passion and debate upon their release, and I will do my best to present my opinions to you in a thoughtful and tactful manner. I realize that most of you will disagree with me, but I’m always open to discussion and would love to hear your views. Healthy debate is one of the great pleasures of life.

The 2 Most Controversial Easter Movies of All Time 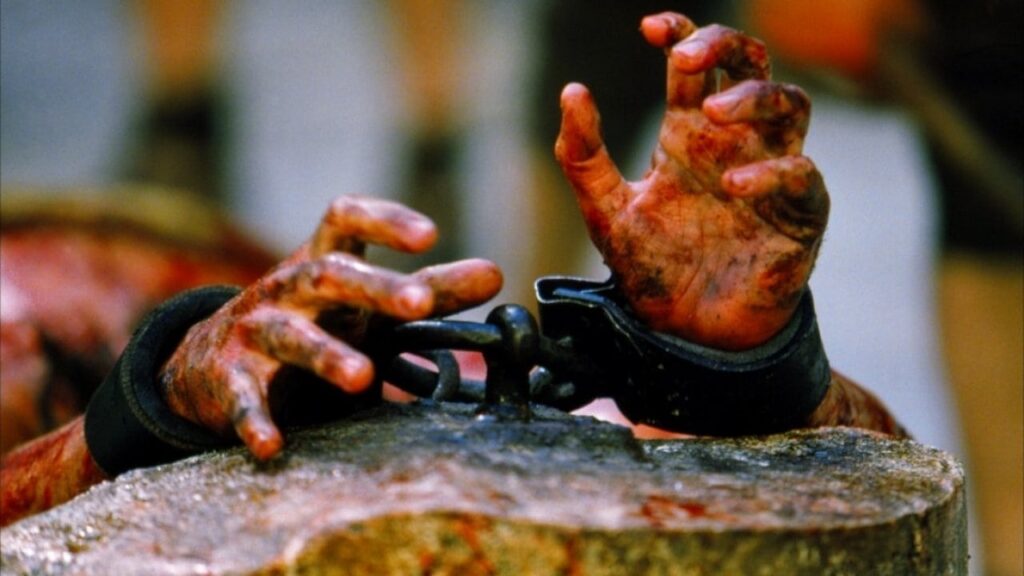 THE PASSION OF THE CHRIST presented us with the pain of Christ’s sacrifice but not the ultimate victory. © 2004 Icon Productions − All right reserved.

THE PASSION OF THE CHRIST was the big phenomenon of 2004 – hard to believe it’s been 12 years already since it first arrived in theaters. It was expected to play well, as many religious epics have done in the past, but the record-breaking box office numbers for its opening and subsequent run in theaters was overwhelming to say the least. To my knowledge, it remains the highest grossing R-rated movie ever released in the United States. At the church I attended at the time, the pastor mentioned this movie in practically every sermon for months.

I am not a fan of THE PASSION OF THE CHRIST and realize that talking negatively about a movie revolving around Jesus is akin to spanking a puppy or calling a baby ugly. That being said, I have to remain true to my feelings and my own passion. It’s impossible not to be moved by the events portrayed in the film, but that is due to the inherent nature of what is being shown on the screen, not the success of the actual filmmaking itself. As a film, THE PASSION OF THE CHRIST is not particularly well made.

I have to honestly admit that I’ve only seen the film once when it was initially released, so obviously my memories are a bit blurry as to specifics. Like SCHINDLER’S LIST, it’s a movie that I saw once and never want to see again due to the painful experience.

I will discuss in detail the one egregious error I believe Mel Gibson made, an error that mars the movie indelibly. To present the horrors of the crucifixion without ending with the actual resurrection is a grievous mistake.

In doing so, I left the theater feeling the movie was more about the people who inflicted the pain and torture upon Christ than the story of Jesus Himself. Had I not been a Christian who knew the whole story of Holy Week, I would have been inconsolable. It feels like the first half of a mini-series that the filmmakers decided not to finish. If you are going to present such horrific events, you must recognize the meaning behind what He went through.

When I review movies, I try to restrict my feelings to what’s on the screen. However, I do not appreciate or support many of the views Mel Gibson has professed in interviews and his drunken rants, and that admittedly affects my reaction to movies in which he makes a contribution, be it on screen or behind the scenes.

In a nutshell, I completely understand why so many people love this movie, and I have to respect the filmmakers to a certain degree for having the courage to portray things in such a seemingly realistic manner. In the end, though, the movie is like running a marathon and throwing in the towel right before the finish line. 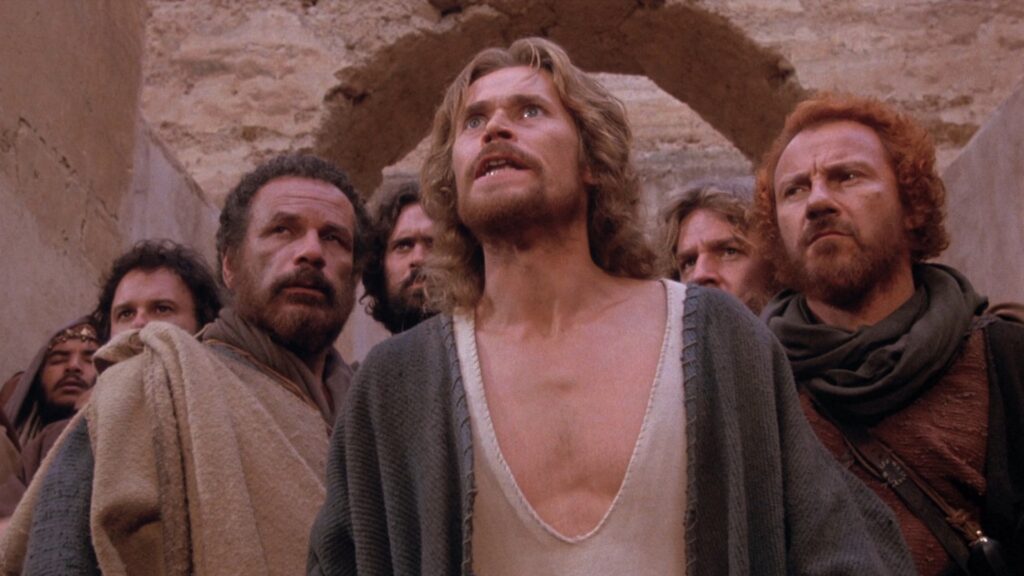 THE LAST TEMPTATION OF CHRIST is a brave and daring film – one of Martin Scorsese’s greatest achievements. © 1988 Universal Pictures − All right reserved.

THE LAST TEMPTATION OF CHRIST came out in 1988, a time for me when movies were becoming less a pastime and more an infatuation. I was becoming more and more aware of the power of this art form, and I had the insatiable desire for more filmmakers to use their talents to tell important and potentially world-changing stories, to realize the impact film can have when it strives to do more than fill the theater with teenagers and become the biggest money-maker of the year. Film is a business, but it is also art!

While it doesn’t seem to be discussed much nowadays, THE LAST TEMPTATION OF CHRIST was arguably the most controversial movie of the last few decades. People boycotted any movie theater that dared to screen it, threats were made against everyone involved in the production, protestors were shown on the news nightly. And none of them had even seen the movie!

The film was based on a novel by Nikos Kazantzakis which ruminated on the duality of Jesus as God and man and speculated what might have happened if Christ would have given in to the earthly temptations with which we as sinners struggle.

The key word is “speculated” – neither the novel nor the movie were professing any of this to be true. Had people put aside their misconceptions and accepted what the movie was trying to accomplish, they would have witnessed one of the more powerful films in recent memory.

The director of this movie is Martin Scorsese, who is widely considered to be possibly the greatest living American director at work today. Anyone who knows Scorsese’s background would also be able to confirm that he is a deeply religious man whose many films are filled with religious metaphors and details chronicling the difficulty of living a truly religious life.

Being a Christian ain’t always a cakewalk, there’s no doubt about it. I think many new Christians fall off the wagon so quickly because they think when they find God, everything is going to be a hunky dory hayride. We know that’s not the case – often times quite the opposite. We are blessed beyond measure, but we are also susceptible to the many trap doors Satan has prepared for us.

THE LAST TEMPTATION OF CHRIST is not an easy movie to watch. There are scenes that are beyond powerful but also equally disturbing. Scorsese doesn’t shy away from images that a lesser filmmaker wouldn’t dream of approaching. He is fearless.

Oddly enough, I left this film, unlike THE PASSION OF THE CHRIST, with a sense of joy. Joy for the sheer brilliance of the filmmaking itself, but more importantly, joy for witnessing what could have happened had Jesus not loved each and every one of us they way He did – and does!

So I hope there’s a few of you out there who made it to the end of this blog without being totally disgusted with me. I would really love to hear your thoughts, whether you agree or disagree, and I would even be open to possibly consider revisiting these films so I can go into more detail.

Regardless, I hope you all have a wonderful holiday weekend, and please remember between egg hunts and re-runs of Peter Cottontail to take a few moments to really meditate on and appreciate what God has done for you and the significance of history’s greatest expression of love. 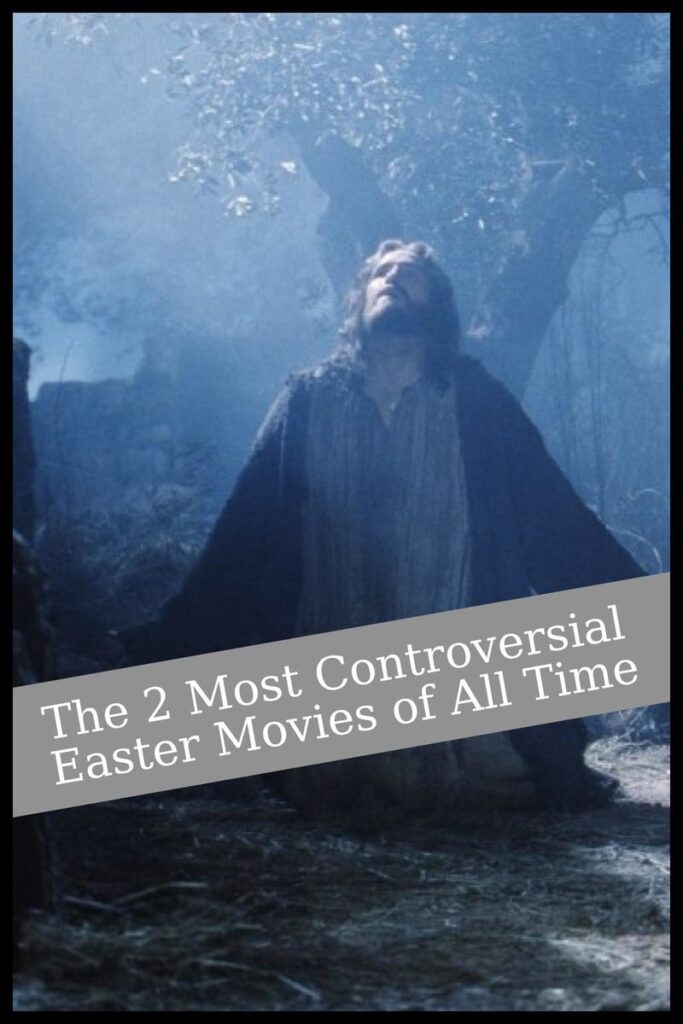