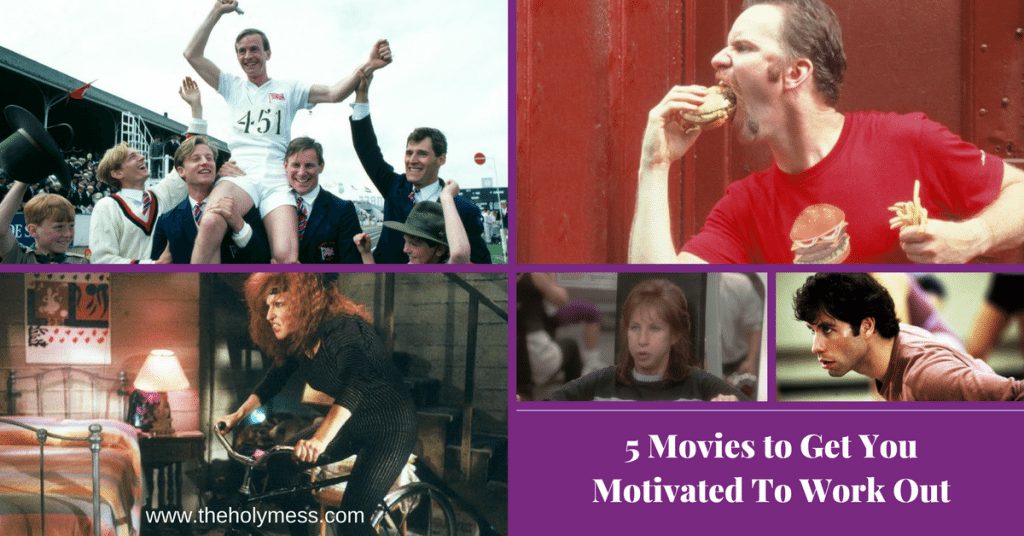 5 MOVIES TO GET YOU MOTIVATED TO WORK OUT is dedicated to you movie fans out there who, like me, may be needing a little bit of a boost and inspiration to get up off your good intentions and start getting in shape.

From a documentary detailing the effects of fast food on the body to a raucous comedy in which a kidnapping is the key to weight loss success, I would encourage you to watch any one of these titles whether you’re dusting off the old treadmill or sitting on the couch with a bag of Cheetos daydreaming about your disappearing love handles.

So, without further ado, let’s take a look at some movie moments that will help get you on the fast track to success.

I hate to be predictable, but there’s no way I could do a blog like this without including the most iconic scene of cinematic exercise ever committed to celluloid. The strains of Vangelis’ Oscar-winning score have almost become laughable in their familiarity, joining John Williams’ work in JAWS and STAR WARS as the most recognized movie music of all time. I remember early 1980s movies such as NATIONAL LAMPOON’S VACATION and MR. MOM lampooning the unforgettable main theme.

How can one not be inspired to get off the couch and take a jog around the block after watching a group of Englishmen in crisp white clothes run across the beach in slow motion inexplicably having the time of their lives? Incidentally, this movie came out in 1981, just around the time the early 80s fitness craze began to take shape. It shocked everyone by beating films such as REDS, RAIDERS OF THE LOST ARK, and ON GOLDEN POND for the Best Picture of the year. Perhaps it got the votes of the exercise crowd. We’ll never know.

This is one of my favorite comedies of the 1980s for a number of reasons, not the least of which is the realization that sometimes it takes something as extreme as being kidnapped in order to achieve successful weight loss!

The fact that this is such a wacky farce with often slapstick level humor tends to overshadow the fact that it is also one of the smartest comedies you’re likely to see, with several coinciding story lines that ultimately add up to a wonderfully satisfying ending.

In the clip above, Bette Midler has just realized that she has lost 25 pounds after being kidnapped and learns that her husband is hesitant to pay the ransom to get her back. One of the most extreme examples of weight loss, I suppose, but effective nonetheless.

I have actually never seen this 1985 movie with John Travolta and Jamie Lee Curtis as it is widely considered one of the worst films of its year. That being said, knowing what I know about the film, when I think of fitness and movies, this is usually one of the first movies that comes to mind.

The film is based on a series of articles that appeared in Rolling Stone magazine throughout the late 1970s looking at the popularity of health clubs among single people in Los Angeles. At the time, these clubs were considered the singles’ bars of their time.

Regardless of the merits of the film itself, seeing all these people in such great shape working out till they can hardly see straight is bound to create a little motivation.

4) THE MIRROR HAS TWO FACES

While not entirely successful, this 1996 Barbra Streisand romantic comedy/drama brings up a lot of very interesting points for discussion, not only about taking care of ourselves physically but also the reasons behind doing so in respect to our spouses and significant others.

The basic premise of the movie revolves around college professor Jeff Bridges who has decided to give up on passion in a relationship and wants to find someone with whom he’s comfortable with – if not sexually attracted to – for a bride. Enter Streisand as a fellow professor who seems to think this logic could work, but as she finds herself increasingly attracted to Bridges, she longs for more than the agreed marriage of convenience.

Looking good and feeling sexually attractive to your partner is certainly a motivation to get in shape, but I can’t decide how I feel about Streisand’s ultimate decision to do so. It comes across rather insincere. That being said, much of the film is highly enjoyable, although the segment playing under the closing credits is painfully awkward to watch. Would love to hear feedback from anyone who has seen this one.

If this compulsively watchable documentary isn’t enough to get you to put down the Quarter Pounder and pick up the barbells, well, I don’t know what to tell you.

Morgan Spurlock takes us on a remarkable 30 day adventure during which he eats nothing but McDonalds for every meal of the day and limits his exercise to that of the average human being nowadays – in other words, minimalism. While the experiment is obviously drastic, it certainly gives one food for thought (pun intended), as we see the effects not only physically but also mentally, emotionally and sexually.

Interspersed throughout the film are discussions about the decline of school lunches, the lack of exercise both adults and children are experiencing, and the ugly truth behind a lot of the admittedly delicious food with which we often find ourselves stuffing our faces.

WHAT MOVIES DO YOU WATCH TO MOTIVATE YOU TO RUN A FEW LAPS???

The One Movie You Should NOT Take Your Children To See 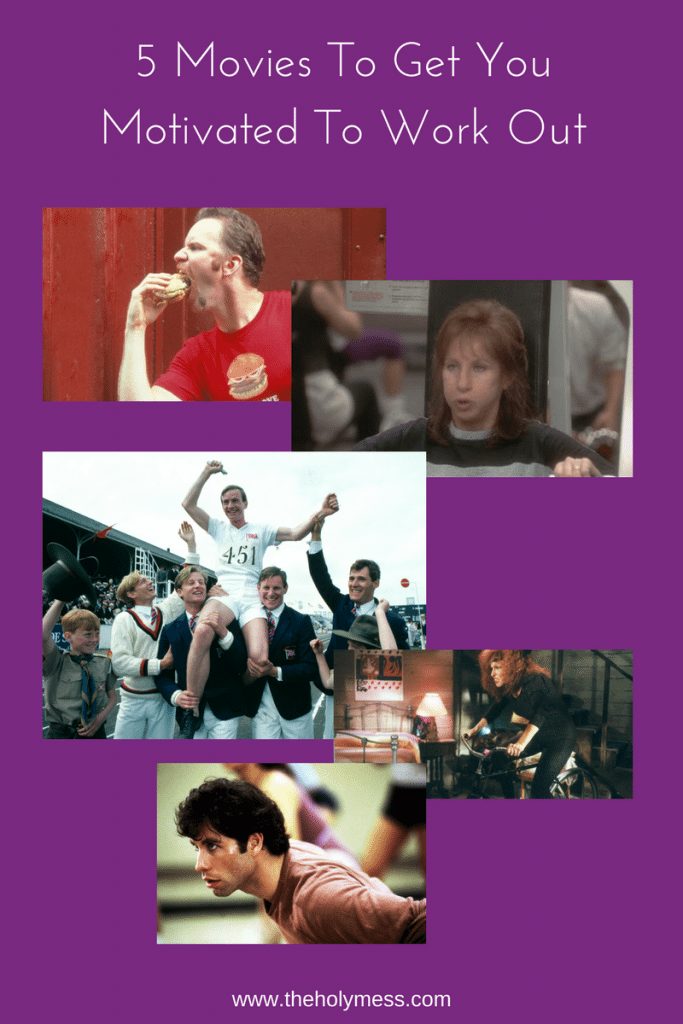