Home » Family » Movies » The 3 Movies You MUST Watch Every Thanksgiving

Can you believe the holidays are right around the corner? Here are 3 movies you much watch every Thanksgiving. 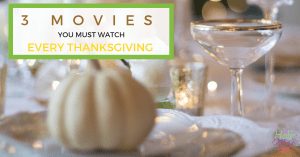 As we prepare for Thanksgiving in a couple weeks, I want to share with you the three movies that I must watch every Thanksgiving.

These movies have become as much a tradition for me as turkey and cranberry sauce and changing into my sweatpants with the elastic waistband halfway through the meal.

Not all of these movies are necessarily centered around Thanksgiving, but they all have significant Thanksgiving themes that keep me coming back at the same time every year.

Perhaps one or more of these titles will become a Thanksgiving tradition around your household as well.

The 3 Movies You MUST Watch Every Thanksgiving

These movies you MUST watch every Thanksgiving will put you in the mood for the season as you prepare your turkey and trimmings. 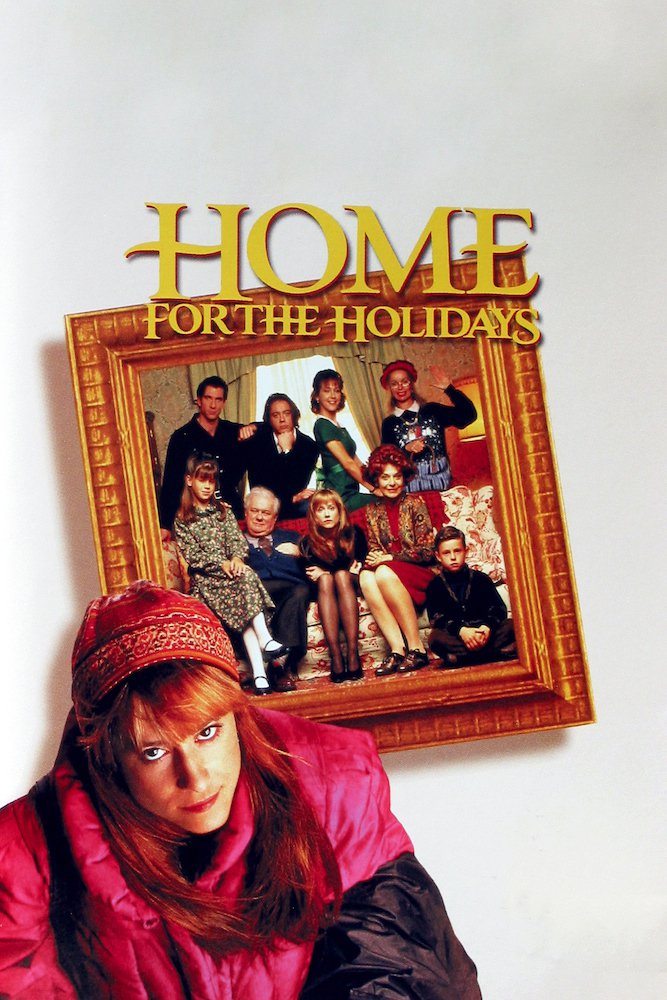 HOME FOR THE HOLIDAYS may be the ultimate Thanksgiving movie!© 1995 Paramount Pictures − All right reserved.

Universally panned by critics and ignored by audiences upon its initial theatrical release, this 1995 Jodie Foster-directed comedy has gained a cult following the last 20 years and is much more appreciated now as an underrated comedy/drama and the ultimate Thanksgiving movie. I watch it every Thanksgiving morning as I am preparing for the festivities.

Holly Hunter is perfection as Claudia, a single mother in the big city who is preparing to fly home to be with her family on Thanksgiving. In the hours leading up to her visit, she gets laid off from her job, makes out with her dweeby boss in order to salvage said job, finds out that her teen-age daughter is planning to go all the way with her boyfriend, loses her best coat at the airport, and is desperately trying to fight off a flu bug. Parents Anne Bancroft and Charles Durning meet her at the airport, and before they even get out of the parking lot, they are already driving her crazy. And this is just the first 20 minutes!

HOME FOR THE HOLIDAYS has an awesome cast including Robert Downey, Jr., Dylan McDermott, David Strathairn, Cynthia Stevenson, and Geraldine Chaplin. The dynamics of family life are captured beautifully; rather than concentrating on plot, director Foster lets the film marinate in the quirks and eccentricities of the relationships within the family unit. Special attention must be given to the extraordinary chemistry between Hunter and Downey, who plays her homosexual brother who has recently married his partner, much to the embarrassment of most of the family. Their interactions are so true to life and realistic, you’d think they grew up together.

The climax of the film takes place around the Thanksgiving dinner table in which each character seems to have their own solo within the ensemble. Family secrets are uncovered, old resentments are rekindled, and the holiday turkey meets a tragic demise. Anyone who has ever struggled with the love/hate relationship of family reunions will find much to relate to in this movie. Repeated viewings have consistently resulted in discovering new insights and appreciation for the things I may have missed previously, which is the mark of a great film! 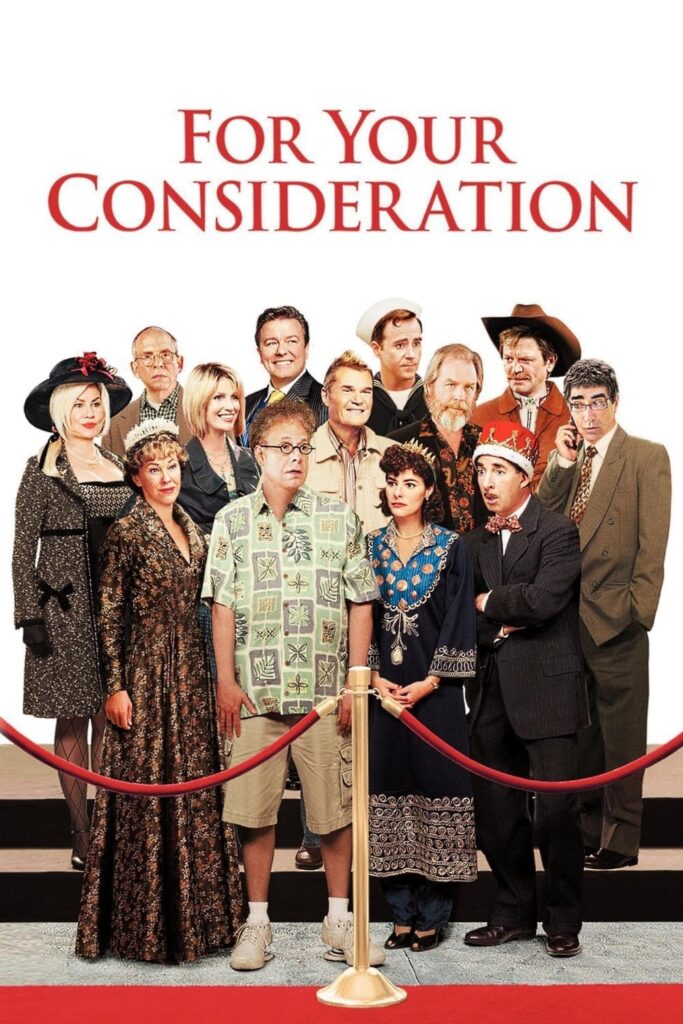 While it doesn’t reach the comic highs of director Christopher Guest’s previous films WAITING FOR GUFFMAN and BEST IN SHOW, this film is still a highly enjoyable, often bitingly satirical film that will appeal especially to anyone who loves to follow the Oscar race.

Most of Guest’s regular entourage return in this comedy about a small independent film that someone offhandedly mentions may be Oscar-worthy and the snowball effect that occurs when word starts to circulate among the cast and crew. The original title of the production, “Home for Purum”, is deemed too “ethnic” so the producers decide instead to change it to the more universal “Home for Thanksgiving”. The D-list actors suddenly consider themselves heirs apparent to Streep and De Niro. Backstabbing and gossip ensue to largely comic, sometimes hysterical effect.

Fred Willard and Jane Lynch are brilliantly on target as hosts of an Entertainment Tonight-type infotainment show. Lynch, in particular, nails everything perfectly- just watch the way she stands. But the comic heart and soul of this film belongs to Guest regular Catherine O’Hara in a truly inspired performance. Her character goes through a transformation toward the end of the movie that is all the more remarkable when one discovers that no special effects or prosthetics are involved. She is truly an amazing performer.

Running a brisk 86 minutes, this is a great film to flip on when you need to take a break in between turkey bastings. 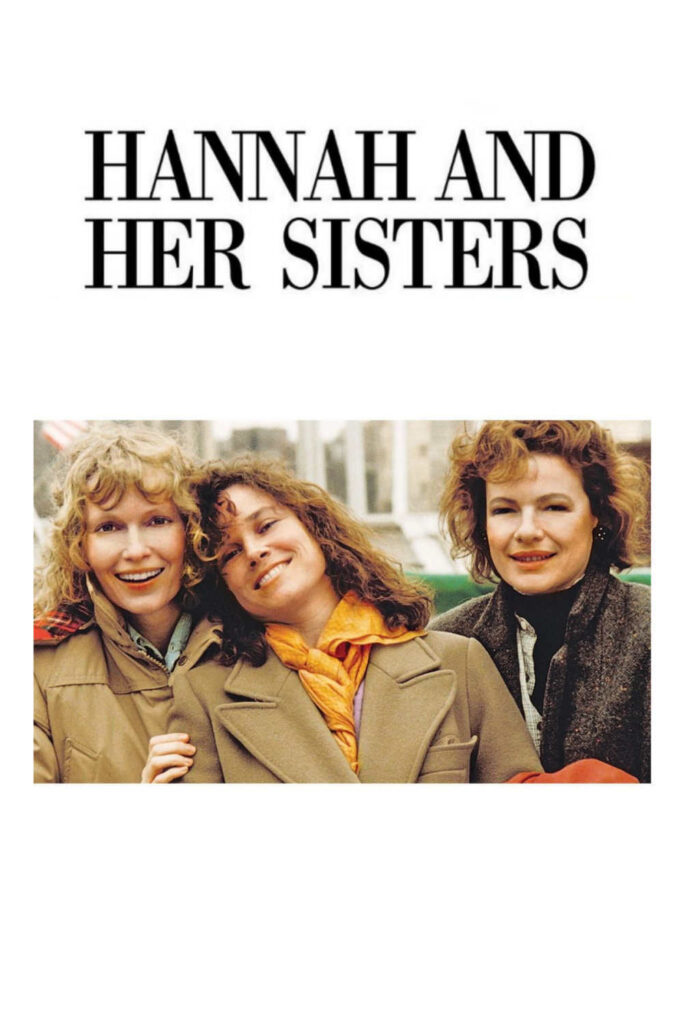 HANNAH AND HER SISTERS is atop my list of the all-time great movies! © − All right reserved.

I realize that nothing in life can be absolutely perfect, but Woody Allen’s glowing film revolving around the lives and loves of three very different sisters is pretty much as close as you can get. It places very, very high on my list of the greatest movies ever made.

The film is bookmarked by Thanksgiving celebrations at the home of Elliot and Hannah, a financial advisor and respected actress respectively. Elliot has grown disillusioned in his marriage and secretly lusts after Hannah’s sister Lee, who is currently involved in a relationship with a much older man. Add to the mix third sister Holly, struggling to find her own voice and plagued with horrible insecurities and anxieties. Surrounding them are an unforgettable group of other characters, most notably Hannah’s ex-husband Mickey, a hypochondriac television producer, and her ever-bickering parents who were also actors in their heyday.

No words can do justice to the pleasures of this film or fully describe the joy in its unfolding. The rapport between Mia Farrow, Barbara Hershey and Dianne Wiest as the three sisters is uncanny, whether they’re in the kitchen laughing about their flirtatious mother or arguing during a climactic lunch scene in which the camera circles them as if it were trying to uncover every hidden secret and blemish.

The acting is uniformly outstanding and paragraphs could be dedicated to each performance. Wiest is a personal favorite of mine, and her simultaneously hilarious and heartbreaking Holly ranks among the best performances of the 80s. Both she and Michael Caine as Elliot won very deserved Oscars.

Do you have any films you traditionally watch for Thanksgiving? I would love for you to share them below. Maybe I’ll find an undiscovered gem I can add to my list.

MOVIE REVIEWS FOR MOM AND DAD

THEN AND NOW: POLTERGEIST 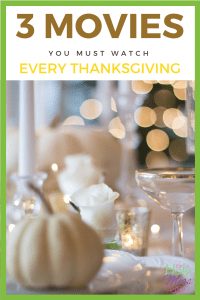 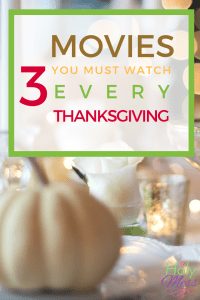