In an effort to educate and bring awareness to the struggle of attachment issues, Reactive Attachment Disorder, and helping children heal from early childhood trauma, over the next months I am sharing stories of families on my website.

For the sake of privacy I’ve changed names and all descriptive details, but let me assure you these are completely real. This story is Toni’s story.

While all stories about children with challenging behaviors require courage, families with children with sexualized behavior bear an especially heavy burden.

Due to privacy, shame, and guilt, these stories are typically not shared, so families feel isolated and alone. Yet statistics tell us these families are far from alone. One in 5 children who is in foster care has experienced sexual abuse, and 93% of perpetrators are known to the victim.

Please read this with ultimate compassion.

Note: Due to adult content, this blog is not intended for children to read without supervision.
See below for additional information and resources about when children sexually abuse other children.

If you are a family with a similar life situation and would like to contribute to this series, click here. 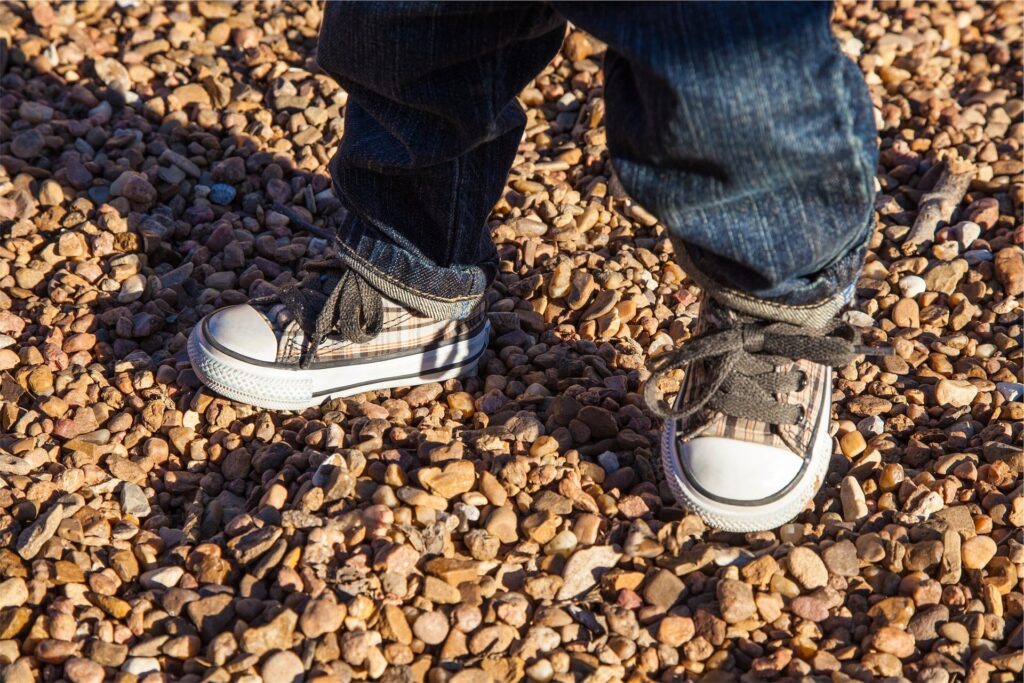 When a Child Sexually Abuses a Sibling

Toni shares, in her own words.

The Day My Son Sexually Abused a Sibling

When I think back to the day I found out my son had sexually abused his sibling, I realize now it was a slow storm coming.

My son started with lesser behaviors.

The day the police became involved, he was playing hide and seek with his siblings. My son was behind the futon with our then 6 year old. My husband was the one at home and he heard the 6 year old say, “I don’t want to touch it.” My husband jumped into action and found my son with his fly open and his penis exposed.

When the legal system became involved, honestly I was relieved.

For the two years that my son’s behaviors were building, I continually tried to find counseling for him. Every place in town either didn’t take his insurance (Medicaid) or they didn’t have an opening.

The one place that accepted him was an hour away, and we had to commit to having him there for 2 hours a night, 4 nights a week. This was totally unrealistic for our family.

That day of the incident, the police took my son to juvenile detention where he was interviewed without his lawyer. Our son told the police the truth about the incident and also disclosed more to the police than what he had ever told us.

He Hurt My Son, but He Was Also a Hurting Son.

I went between intense hatred for my son to wanting to wrap my arms around him and tell the big bad world to leave him alone.

When we saw early warning signs of sexualized behavior with our son, we told him that there would come a time when we could not fix it and make it better. I don’t think any of us believed that he would cross that line.

I also had a victim to love through this. I focused on putting my intense feelings about my older son away, and I focused on my younger son and his needs.

I visited my son in juvenile detention once a week. I would go a bit early and talk to my best friend on the phone the whole way to keep my mind off of things. Then I would sit in my car before going in and steel myself for the visit.

On the one hand he hurt my son, but on the other he was also a hurting son. Seeing him in the orange jumpsuit shocked me every time.

When our son committed these crimes, he was 14.5 years old. He was charged with a Class X Sex Felony. The State’s Attorney wanted to charge him in adult court, as the minimum age was 15 to be considered an adult. This particular state attorney wanted to be known as the guy who was tough on sex crimes.

We hired an expensive lawyer who fought to keep my son out of adult prison and to stay in juvenile detention.

Instead of 6-30 years in prison, our son was sentenced to a residential treatment center and had to be registered as a sex offender until he was 18 years old. If he continues in treatment and with no other crimes, at age 21 all of this goes off his record.

Our son will remain in residential treatment until he graduates from high school.

The first treatment center was awful. On the surface it looked good. We got 4 hour off campus visits every week. He went to public school, but he just floated along.

After 2 years, he was transferred to a facility up near a larger city in our state. At this second facility, he started to make progress. His therapist knows how to get on him and make him deal with his thoughts and feelings. We don’t get unsupervised visits yet. We drive over 3 hours one way to visit with him for 2 hours.

But, he’s starting to get real about his treatment and his future.

Our son has continued to disclose more information. While he was still living at home, once a kid at school gave him a gun for the night. In the morning he was to shoot a bully. Thankfully my son backed out. He sold marijuana at school when he was at the first treatment facility.

We believe our son was sexually abused. My son came to us right after his 3rd birthday, as our foster son who was later adopted. I heard rumors that his birth Dad molested his half sisters but he was never charged. However, he is currently in jail for statutory rape so I would not be surprised if he did molest his step daughters.

Where We Are Today

Looking back, I don’t know if there is anything I would do differently. I took our son for a psychiatric counsultation. I called every therapist I could. There simply were not any services available that weren’t costly or impossible with our schedule.

Not very many people outside of our family knows exactly what my son did. Thankfully he got busted during the summer so we had time to work on things before school started.

We taught our other children to say, “My brother had some behavior that made it so he couldn’t continue to live at our house. If you have any further questions, here is my Mom’s phone number.”

Since my son had victimized two other children (which we found out after the police interviewed all of our kids), we made it clear that he did something wrong and they did NOT. My kids were in foster care before we adopted them, and we have very open and frank conversations about everything.

My husband was angry at my son and when he left our house, my husband was relieved he was no longer a threat to our children. A great thing about marriage is that he was strong when I felt weak, and vice versa. We talked one time that night about how we’re facing this together. We talk a lot about our son and his choices. It another thing where we are a united front.

Today, my offending son is in a good facility. He is starting his senior year of high school, and he’s finally dealing with his issues around abandonment, adoption and his sexuality.

While I still think there’s a great chance of him offending as an adult, I have more hope than ever before that he has a chance to make it. At least he’s making progress.

My son that was the victim is adjusting. He has been in counseling and he does have anger issues, but we saw evidence of that before the abuse began. He’s now 10 years old and every once in a while we have to revisit what happened so he can wrap his head around it more and more.

Our son who was the victim was caught looking up something at school that he shouldn’t have been, and after a lot of over reacting we found out he had Googled something he heard the bigger kids talk about on the bus.

There are a lot of mannerisms and attitudes that these two boys share-mostly how they love to misbehave when we aren’t looking. Sometimes it scares me.

We talk about how their older brother acted in the same way, and look where he ended up. That usually stops the behavior. I keep sharper eyes out for anything wrong.

I also get daily phone calls from our son from his treatment facility, and I know my younger son hears me try to have a normal conversation with him. I wonder if that messes with my younger son’s head to hear me treat someone who hurt him so badly with kindness. Every once in a while I refuse my older son’s call and say, “I’m kind of mad at what he did to our family and I’ll talk to him again when I feel like it.” Then I journal or do something positive for myself that my kids can see. I think it shows that I can have negative emotions, that I can deal with them in a healthy way, and that it’s okay to still be mad about what happened to our family.

What I Wish People Understood

I wish people understood that my son has issues. Please don’t think it’s something he “just needs to pull through”. He needs a lot of help.

We need to have ten times more health care services in place than we already do.  Also, residential facilities need to be held more accountable. Don’t send kids with sexual issues to public school in the general population and expect them to be okay.)

I wish people understood this can happen anytime, anywhere.  Most of my son’s acts were done in under 5 minutes – many in under 2 minutes. We thought we had a good safety plan in place and obviously it wasn’t enough. Having open communication with all of the kids is key.

Attachment Issues: Help for Parenting Kids Who Lie
Reactive Attachment Disorder (RAD): What is RAD and Why Should You Care? 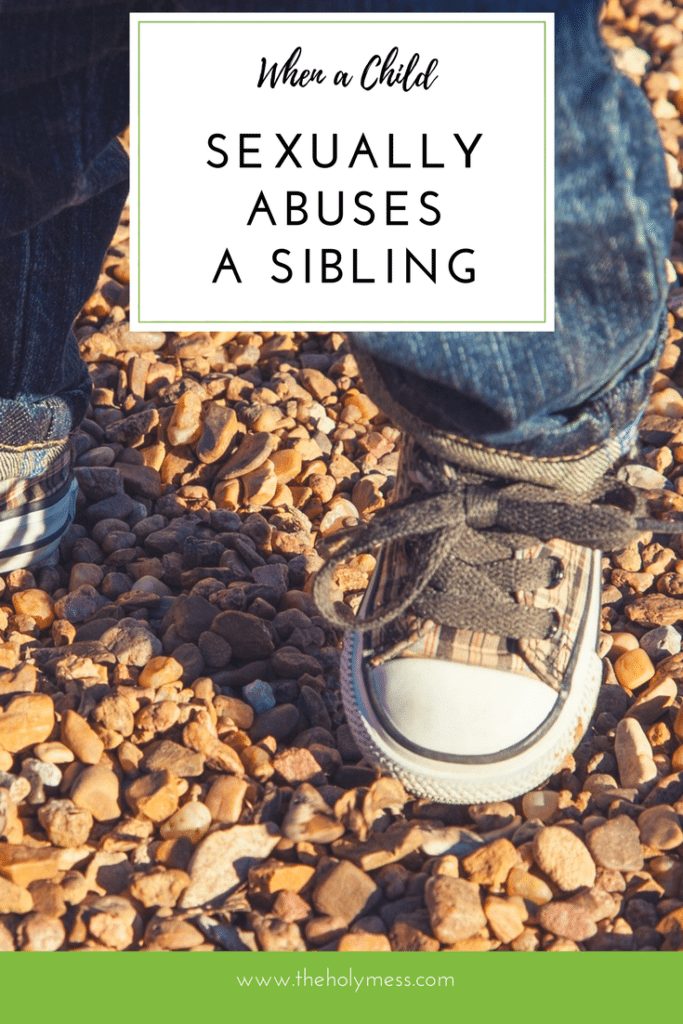 Get a free 15 page report about attachment issues in children.

+4 types of attachment disorder - does your child fit one of these?

+Where to turn when family life isn't working