Home » Faith » Sometimes God Even Talks to Us Through Lawn Mowers

Have you guys seen the movie THE DEVIL WEARS PRADA? I certainly hope you have – for a couple reasons. First, it stars Meryl Streep, and I’m proposing a bill before Congress that all Americans are required to watch any movie featuring Meryl Streep. Secondly, and most importantly, I can think of no better illustration to highlight my blog for this week.

For those two or three of you out there who haven’t seen it, Meryl basically plays the boss of your nightmares. She has everything – power, money, respect, admiration, clout – but after all is said and done, she is ultimately sad – and she has made it her point in life to spread that sadness on to everyone around her.

Streep does something genius with this performance, though. She never raises her voice – not once. The stereotypical boss from you-know-where would be yelling and screaming to bring everyone around her to their knees. However; her character, Miranda Priestley often just speaks in barely a whisper – and oddly enough, it’s more intimidating and spine-tingling than if she were standing on top of Mt. Olympus hurling her insults through a megaphone.

Here’s my point – and I DO have one! More often than not, I find myself hearing God’s voice the loudest not necessarily during the incredible rainbows and extraordinary miracles of life but during the simple things – the stuff we more often than not take for granted or to which we wouldn’t give a second thought.

I’ve been going through a somewhat difficult period the last few weeks – nothing monumental, just some stresses and difficulties that have added up over time. Without going into detail, Wednesday was a really rough day – one of those days when you want to come home and just go to bed and eat your weight in Velveeta and cheddar sour cream and onion potato chips.

And just as I was finalizing my plans to purchase my one way ticket to Pity Partyville, I turned onto my street and saw my dad on his riding mower. He had come all the way across town to mow my lawn. And when he saw me pull up, he gave me the biggest, goofiest grin you could imagine. 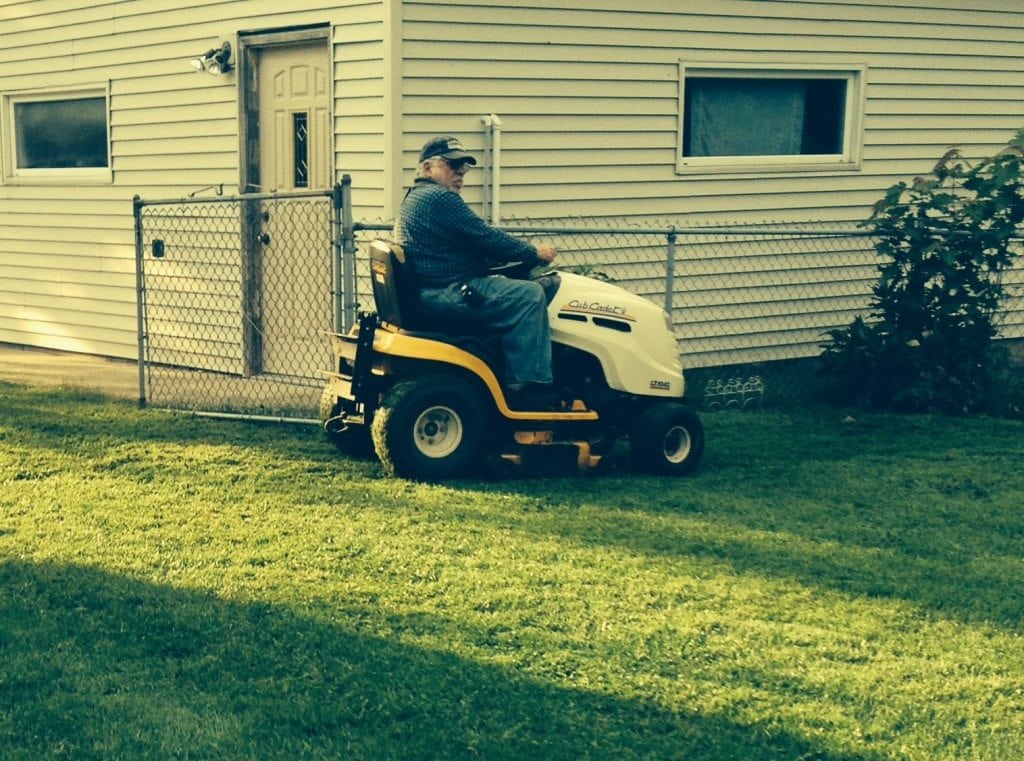 Like I said, nothing earth-shattering, nothing ground-breaking, but in that moment, it was like God whispered in my ear, “See, kiddo – this is the stuff you’re going to remember. Everything else will fade. You’re gonna be fine.”

So I jumped out of the car, still in my dress clothes from work, hopped on my riding mower, and joined him as we finished the lawn and did a little drag racing in the backyard. And I’m going to remember Wednesday evening for a long time to come.

So, my friends, take a minute to appreciate the small things in life. Listen for the holy whispers. Take it from me, sometimes God even talks to us through lawn mowers!

And, in the words of Miranda Priestley herself – that’s all…