Home » Family » Television » 13 REASONS WHY: Should Your Teen Watch? 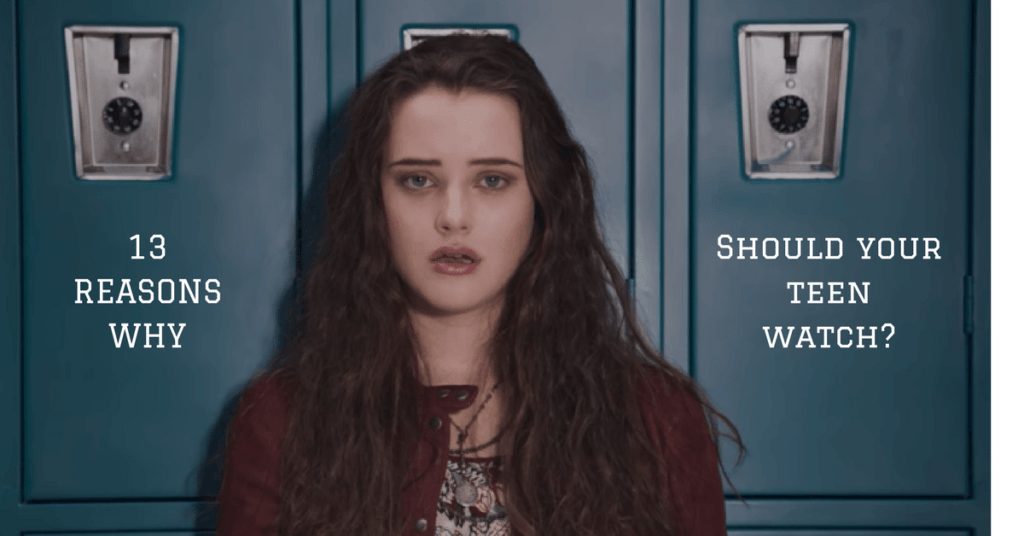 13 REASONS WHY: Should your teen watch this new TV series?

This blog post is written by Sara Borgstede, mom of 5 children (including 3 teens) and a foster and adoptive mom of children with complex mental health issues, and Jeff Marshall, movie blogger.

13 REASONS WHY is an original Netflix television show giving a fictional look into the life of Hannah Baker, an American teen who is struggling to navigate the complexities of high school. At the start of the show, she has committed suicide and her voice narrates through a series of cassette tapes she left behind for the 13 people who influenced her decision to commit this ultimate act.

I, Sara, was interested when this show came up on my Netflix queue because I first read the novel 13 Reasons Why

by Jay Asher a couple years ago at the recommendation of my teen daughter, Kiersten, who read it for a high school Language Arts class. While I remember being impacted by the book, I wasn’t planning to watch the TV show immediately.

Then I began seeing blogs such as these roll across my Facebook screen:

Why I Wish I Didn’t Watch 13 Reasons Why

Stranger Things Star Advises People Not to Watch 13 Reasons Why

I sat up and took notice. Why NOT watch 13 REASONS WHY?

When Sara told me about this new Netflix show she was watching, I immediately became intrigued. Allow me to share with you the basic plot and take a brief look at the controversy surrounding this program. Here’s a trailer to give you a sneak peek.

As Sara mentioned in her introduction, 13 REASONS WHY started life as a young adult novel written by Jay Asher, the author behind “The Future of Us“, “What Light“ and “Piper“. Although published in 2007, it really took off in 2011 when it was released in paperback and quickly became a New York Times #1 best seller.

Clay Jensen is a shy high school student who comes home from school one day to find a package on his front porch containing 7 cassette tapes from classmate Hannah Baker, who has sadly recently committed suicide. The tapes give reasons why she killed herself.

It turns out that the tapes have been sent to other people before they arrived on Clay’s doorstep. Among the other recipients are Justin, a boy who lied about Hannah and soiled her reputation at school; Alex, a one-time friend who violated Hannah by including her in a “hot or not” list comparing girls in their class; and Ryan, a classmate who stole a poem Hannah had written and published it in the school paper. And this is just the tip of the iceberg.

The book won a number of awards upon its release, including the California Book Award and the South Carolina Young Adult Book Award.

Any film, television show, book that tackles difficult subjects such as teen suicide is bound to elicit a fair share of controversy, and this is certainly no exception.

The bulk of the controversy surrounds the show’s potential glorification of suicide. While a show like this can graphically portray the events preceding and following the experience, as well as the act itself, there can also be a misplaced sense of empowerment given to anyone contemplating suicide. In illustrating the devastating impact of Hannah’s suicide for those left behind, it can be construed that ending her life was the ultimate example of power and taking control; whereas the reality of suicide is obviously the polar opposite.

This fine line is a delicate one to straddle. Movies and programs about the Holocaust have often been accused of glorifying this low point of humanity because they can’t possibly bring the full extent of the horror and devastation to life. Admittedly it can often be an uncomfortable experience watching the beautiful people of Hollywood attempting to portray such horrendous degradation, in spite of their intentions.

Another source of controversy is the blame that is placed on the people in Hannah’s life, but not holding Hannah herself accountable for her choice to take her own life. While characters in the drama do say, “This was Hannah’s choice,” it is also said many times over, “You killed Hannah Baker”, meaning you did not befriend her and this lead to her death.

I think we can all agree though, despite what the theme song from M*A*S*H says, suicide is NOT painless – not for the perpetrator, not for those left behind, not for anyone.

Note: Spoilers about the show below.

Is it okay for teens to watch 13 REASONS WHY?

There is no question about the graphic nature of 13 REASONS WHY. Topics delved into on the show include suicide, stalking, bullying (internet, social media, and in life), drug use, homosexuality, swearing, nudity, sexual content, self-harm, cutting, and rape.

While ultimately a judgment call for parents, ideally this is a show to watch with older teens and discuss together after each episode. After watching all 13 episodes, I hesitate to recommend this show even for older teens primarily because of the graphic nature and also because of the unrealistic portrayal of a person with mental health issues.

If you have a teen who wants to watch the show, as a parent I would not forbid it, but I would absolutely watch it together with them and discuss it after each episode.

Some episodes of the show are incredibly graphic. Two different rape episodes are fully shown in close-to-pornographic detail. In the suicide scene, Hannah is shown deeply cutting her wrists and bleeding to death in a bathtub. I had to turn away in stomach-turning horror during these episodes. For people who are tempted to cut themselves (an act that has risen in popularity among teen girls in a almost fad-like manner in recent years), this scene is considered triggering.

Is the show realistic? In ways, yes. My teens tell me these topics are realistic. The issue is that 13 REASONS WHY is overly dramatic. One of my daughters rolled her eyes and left the room during one episode saying, “Oh good grief!” Remember this is a Hollywood version of teen angst that is hyped and condensed down into 13 jam-packed episodes.

One of the biggest slams of the show is that it glorifies suicide, and there is truth to that. The main character gets her say, almost revenge, in a grand and glorious way all the show long, but at the end she is after all – dead. This is important to point out to teens many times over, because their brains don’t always compute that reality.

Valerie Fesh, who has been suicidal and writes about suicide prevention on her blog, tells us,

I’ve been there and there’s no way that I would’ve had the energy for all the planning she obviously did and making the tapes and lists, etc. Not to mention that every single time that I’ve been suicidal to the point that I’ve attempted or been about to attempt, if I’ve had any feelings about anyone at all, its been that they would be better off without me and that my death would relieve them of the burden of me. Most of the time though people who get that close to attempting or actually attempt are so completely disconnected from reality that they’re not thinking of anything except making the pain stop. I’ve heard many many stories from a wide range of people and this desire to stop the pain and make others’ lives better off is common across the board. The main character in 13 Reasons definitely seems more stable and clear headed than I’ve ever been when I’ve felt suicidal.

Adults are portrayed as clueless in 13 REASONS WHY. As I watched, I waited for the time when a teen would have a meaningful conversation with an adult, and it never arrived.

Also blatantly missing is mental health care. Except for a couple passing mentions and a visit with a school counselor whose role is unclear, we do not see visits to doctors or therapists. There is no group therapy or serious discussion about the real help that is available.

This show will probably appeal to teen girls more than boys. We have 2 young adult daughters. Our 20-year-old binge-watched the shows in 2 days and our 18 year old watched a couple of the episodes with me. Our 15 year old boy, a high school Freshman, is more interested in watching THE IRON FIST. He watched a couple episodes because I was watching, and he agreed that it mirrored real high school situations but was overly dramatic.

I do not recommend this show for pre-teens. I would not allow my 7th grader to watch this. Although I think pre-teens need to discuss these topics, the graphic nature of the show would burn some scenes into their brains in a way they are not ready to handle.

One area where this show gets it right is the complexities of sexual assault within the young adult age group. Lines blur at parties, when alcohol is involved, and when people pretend afterward that everything is okay. Sexual assault is not to be tolerated. Let’s teach our boys and our girls very clear boundaries, how to stand up for themselves, and how to be safe in this regard.

Have you watched 13 REASONS WHY? Do you plan to watch? Share in the comments below.

Q & A with a Therapist about Depression

“Contagious” Suicides: To Talk or Not to Talk?

13 Reasons Why: Considerations for Educators

13 Reasons Why Reminds Us to Love Teens – LCMS Blog

What Life is Like When Your Child Has Mental Health Issues 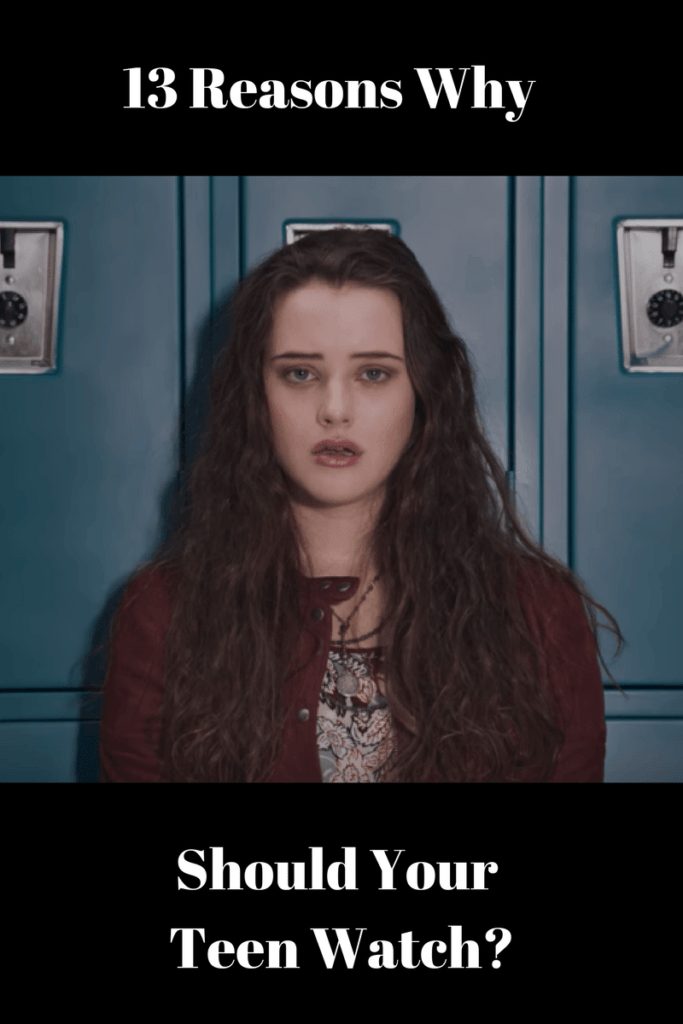