Home » Weight Loss » How to Break a Diet Soda Addiction

Are you wondering how to break a diet soda addiction? For most of my life, I was addicted to diet pop. As part of my work to break a 15+ year weight loss plateau, I stopped drinking diet soda and haven’t had any during the last year.

How important is it to give up this habit? I’ll share my story, why diet soda isn’t an optimal beverage choice and the steps you can take to break your diet pop addiction, too. 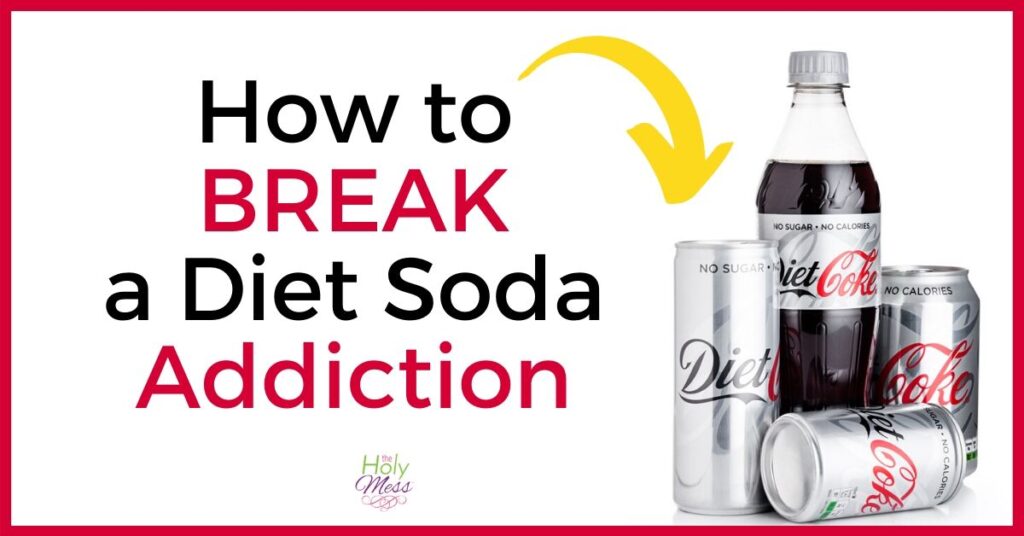 How Bad is Diet Soda?

Medical experts have long debated the dangers of diet soda.

According to Medical News Today, regularly drinking diet soda has been reportedly linked to an increasing large risk of negative medical issues such as:

Plus, add the fact that diet soda is expensive. Many of us are on tight grocery budgets and that money would serve us better invested in produce or higher-quality times like organic or locally sourced meat and dairy products.

Do You Need to Give Up Diet Soda to Lose Weight?

Do you need to give up diet pop to lose weight?

I lost 100 pounds drinking diet colas every single day, often 3-4 bottles per day. There was rarely a day that went by that I didn’t drink Diet Coke or Diet Dr. Pepper.

I would even go so far as to say drinking diet sodas helped my weight loss because it was something I reached for instead of snacking. When I drove through the McDonald’s drive-thru for my kids, instead of ordering a large fries and Quarter Pounder, I got a salad and a Diet Coke.

At parties, it was something to sip on instead of mindlessly snacking on appetizers. In the afternoons, it gave me a little pick-me-up instead of a sugary treat. 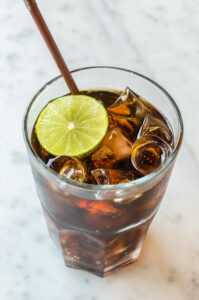 While it’s true that diet soda isn’t good for you, it’s also true that it’s not the #1 weight loss priority for most people.

The weight loss process is more about choices that are a little bit better each day.

If you are just starting your weight loss process, I don’t think you need to worry about cutting out diet soda unless you have other medical or personal reasons for doing so. This can be something you tackle later.

Instead, focus on the bigger areas like tracking your food and getting your calories (or points if you are doing Weight Watchers) under control.

Giving Up My Diet Pop Addiction – My Story

If I don’t think it’s that important, why did I choose to give up diet soda?

After a 15+ year plateau where I was close to my goal weight but still about 20 pounds overweight, I made a number of changes to break the plateau and finally get to my goal.

One of those changes was giving up artificial sweetener.

To be honest, I gave it up as a test and I was just sure it wouldn’t make a big difference. After all, I had lost 100 pounds drinking diet soda so I really didn’t see the harm.

Plus I track my calories/points quite consistently so I was pretty sure artificial sweeteners didn’t cause me to overeat.

But I was game to try giving up sweeteners as a test. I committed to giving up all artificial sweeteners for 30 days, including “natural” ones like stevia and monk fruit extract.

While I think natural sweeteners (such as stevia and monk fruit) are better than non-natural ones (like aspartame), I still don’t think they are the best choice. Giving your body something sweet without calories creates confusion that could lead to overeating.

For me this decision meant no sugar free yogurt, no sugar free pudding mixes, no gum and the big one, no Diet Coke. This also meant not using replacement drinks like ICE and Mios drops or flavored waters with sweetener.

During this 30 days, I also stopped protein powders and drinks with artificial sweeteners. While I don’t have lots of protein shakes, I was using Premier Protein as my coffee creamer, so that had to go, too. (I replaced it with Nutpods, which is creamy with a bit of flavor but not sweet.)

How did my experiment go?

Within a couple of weeks, I lost 9 pounds.

I was utterly and completely shocked. I was just sure that sweeteners were not affecting me.

Weight loss before and after – when I gave up diet soda, I quickly lost an additional 9 pounds.

While some of it could be a shift in fluid retention, I think the bigger change is that artificial sweeteners were driving me to eat more.

The difference was subtle, like a few bites of dinner here and some extra fruit there, but when you are close to your goal weight, those little things add up to calories that count.

Giving up Diet Coke for 30 days was tough.

Then when the experiment worked, that meant if I wanted to keep the weight off I had to forgo diet sodas for good!

There was plenty of internal grumbling and complaining going on as I wrestled with what this meant for me long term.

It wasn’t an easy decision, but I ultimately decided that the weight loss mattered more than diet soda. I soldiered on soda-free and gradually the days without it added up to months.

Now it’s been over a year since I drank any diet pop.

Do I miss it? Yes, I do, but I will say it has gotten easier. It’s taken time though. It was probably 9-10 months before I would say I didn’t miss it every single day.

Now I only miss it occasionally like when we go out to eat, get fast food, or are on a road trip.

How to Stop Drinking Soda

There are two main ways to give up the diet soda addiction, which are giving it up gradually or going cold turkey.

Both methods have worked for different people and one has not been proven to be better or more long-lasting than another, so choose the method you think will work best for you.

My business partner, Becky, who has also lost 100 pounds and given up diet soda, used a gradual method to lose weight. She follows a one small change mindset with most things she does and found this worked for her for giving up diet soda, too.

Here’s how her method worked:

These days, she craves plain water and drinks lots of it. She doesn’t even like pop and finds the carbonation uncomfortable.

Here are some other steps you can try to cut down on the amount of soda you drink:

If a gradual method won’t work for you, the other option is to cut it out completely all at once.

I’ve found for my personality it was best to give up diet soda cold turkey. As much as I like the idea of gradual, I’d tried many times in the past cutting back or giving it up slowly and I always ended up going back to my regular drinking habits.

Once I set a date to give up diet soda, to break the diet soda addiction, I didn’t buy anymore and made sure I had other options to drink. I powered through the rough first weeks and it did gradually get easier to abstain.

What to Drink Instead of Soda?

While plain water is best if you aren’t quite ready to drink plain water yet, here are some options. 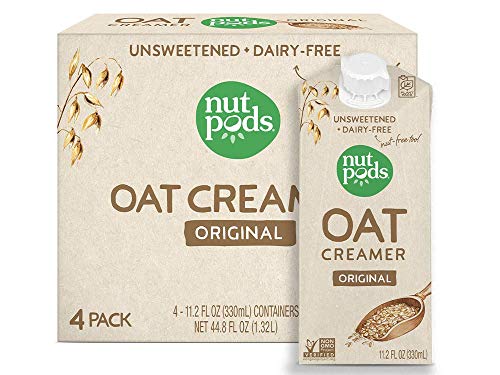 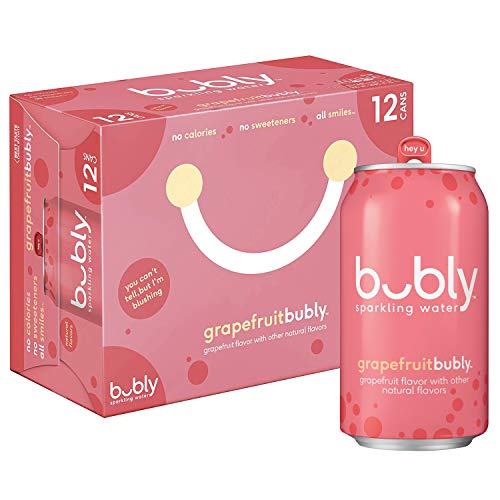 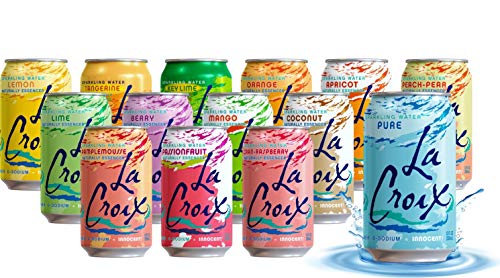 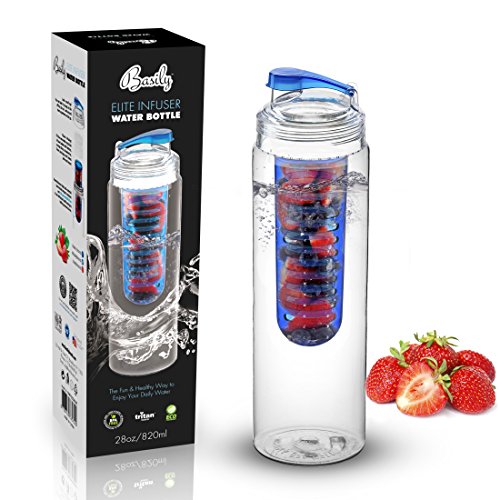 Diet Soda Addiction – Give Your Taste Buds Time to Adjust

While not addictive in the same sense as drugs or alcohol, I do believe it’s possible to become highly habituated to drinking diet pop. This is why it can be hard to break the diet soda addiction.

I definitely felt I had a soda addiction. I craved soda, couldn’t wait to have it each day, and got really grouchy when I couldn’t have it.

Because artificial sweeteners are 100-500 times sweeter than sugar, your taste buds are used to the especially strong flavor.

Keep in mind that the manufactures of Diet Coke, Diet Pepsi, and other beverages want you to feel you are addicted so that you’ll keep purchasing their product. They have scientists who carefully monitor everything from the amount of fizz to flavor to which colors work best on the can for marketing purposes.

Recognize that nothing will taste quite as good for a while but you will adjust over time.

If I can give up diet soda after drinking it for 40+ years, I promise you can, too.

How can you quit drinking soda without headaches?

For some people, a steady dose of caffeine can cause headaches, fatigue, or other symptoms. Cutting back gradually can help, or drinking other beverages with caffeine, like coffee.

If you feel you need to go cold turkey you might need to just power through for a couple of days but know that the symptoms will go away in a week or two once your body adjusts.

What happens to your body when you stop drinking diet soda?

Because your body has become accustomed to drinking diet soda every day, you might not notice it affects on your mood, appetite, and overall well-being when you try to break your diet soda addiction. When you quit drinking it, you might discover the following benefits:

I didn’t notice too much change in how I felt when I gave up soda. While it’s true that I had been drinking it daily, in so many other areas of life I was quite healthy. I was already eating clean, whole foods, getting enough sleep, and exercising regularly.

Still, I felt great knowing I was strong enough to overcome this challenge and felt good about treating the body God has given me in a healthier way.

Now you know my story, how much I was addicted, why I chose to give up Diet Coke and the results.

Do you have a diet soda addiction you are ready to give up? Whether you use a gradual method or go cold turkey, you’ll be able to overcome this. I believe you can do it!

Is Your Weight Plateau Due to Self-Sabotage?