Like most people in this county, it was with great sadness and alarm that I read about the horrific shooting rampage Nikolas Cruz unleashed in a Florida high school a few weeks ago. I was saddened to learn of his mental health issues and the fact that police had been called to his home 39 times over the past seven years due to his violent outbursts. 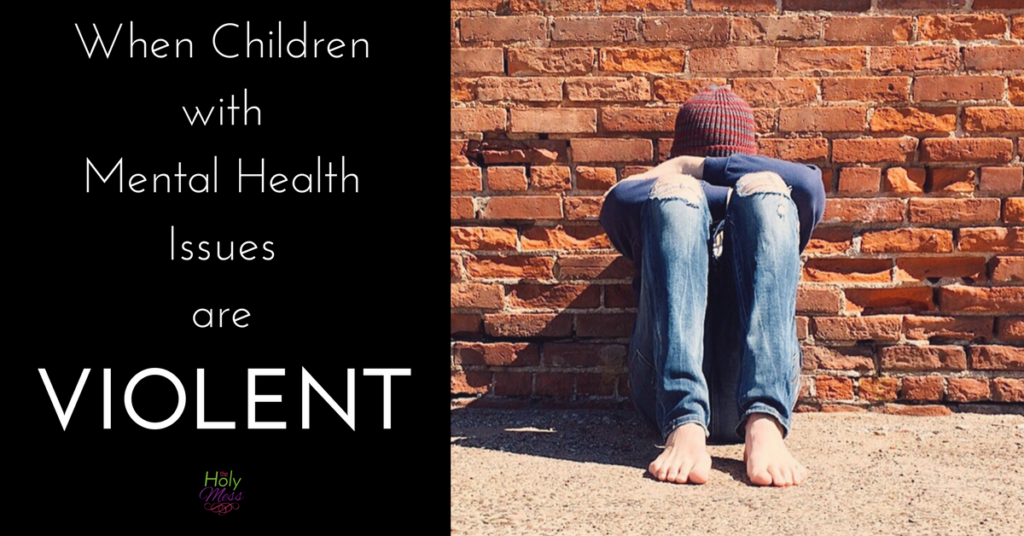 I was saddened, but I was not shocked.

This doesn’t surprise me because I have lived with a child who rages on a regular basis. As a Family Advocate working with families who have children with serious mental health issues, I see this type of situation all too often.

Parents are faced with huge lack of choices and resources when children with mental health issues are violent.

When Children with Mental Health Issues are Violent

Before we became foster and adoptive parents, I was clueless about the extreme behavior issues of children with mental health issues and the long-term effects of early childhood trauma and loss. I had heard the phrase RAD (Reactive Attachment Disorder) thrown around here and there, but I had no clue the life-altering affects. I had never heard of the phase Child on Parent Violence.

I’m here to tell you these things are real and a bitter reality for many families.

While there is still much to be learned, we know that children who experience early childhood trauma have brain changes that significantly affect behavior. Not all children who have experienced trauma are effected, but the numbers are much higher than originally understood. Behavior can include rages, hitting, biting, throwing furniture, stealing, hoarding food, encopresis, and inappropriate sexualized behavior.

Some children have not experienced trauma but exhibit similar behaviors due to autism or other mental health diagnosis.

For parents of children who have such behaviors, the sad reality is that resources are grossly lacking and difficult to access.

Typically, mental health experts develop a safety plan with the family that involves calling 911 or the police if the child becomes dangerous. As a parent, the pain of calling the police for your own child is unbearable, but it’s made even worse when the police are ill equipped to help.

Once a family has called the police on more than one occasion, its not unusual for the family to be informally labeled as a “frequent flyer” family and police are slower to arrive and even less likely to help.

I once had a 911 operator tell me I needed to quit calling so much.

Another option for children who exhibit extreme behaviors is to be taken to the emergency room, but unless the child is shown to be a danger to himself or others at that time, they are often sent home.

Parents are then faced with the painful reality of placing their child in a residential treatment setting. When parents make this devastating choice, they are then shocked to learn it’s typical to be denied a placement.

When Parents are Told It’s Not Bad Enough

One psychologist told me this grim story. He was working with a family where the mother woke up one night to find her son standing over her face with a butcher knife, threatening to kill her. This child was denied residential treatment because the insurance company said he was stable enough to continue living at home.

If this scares you – it should.

Children who abuse parents or younger siblings are left in the home because other, safer placements are refused.

Parents of children with mental health issues learn not be surprised when the answer they hear time and again is, “It’s not bad enough for treatment.”

In fact, not only are parents often denied a placement for their child, but often it goes one step further and they are threatened with charges of child abuse by neglect. Some parents have even been threatened with removal of their other children if they don’t keep the aggressive child at home.

Life with a Child Who Is Violent

I didn’t fully appreciate this reality of lack of resources until we lived it ourselves.

Due to early childhood trauma, our son has extreme aggression and violent behaviors. We had been living a miserable existence for a number of years as we did our best to manage, yet he only became more violent.

The police knew our family (unfortunately) and did little to help. With each 911 call they took more and more time even coming to our house. Knowing you are a “frequent flyer” is not a good feeling.

We had been to the emergency room countless times, only to be sent home. Occasionally he was admitted for 24-48 hours.

The day our son seriously hurt someone, I called the CPS (Child Protective Services) hotline as well as the police to report what happened. Based on my foster care experiences, coupled with the long-time patterns of my son’s behavior, I was sure our son would be removed from our home that day, In fact my husband came home from work to wait with me for the CPS (Child Protective Services) worker to arrive.

The worker didn’t even come to visit until several days later and when she did, it was to tell us she felt we were a “good enough family” that she didn’t see the need to do anything further.

When my son repeated the same dangerous behavior in a respite home several months later, I was sure he then would be given a residential treatment placement.

We came to the place as a family that my husband moved out of our home with my son because we didn’t want to put the other children in harm’s way. We were miserable and our marriage was strained.

Yet even this was not enough.

We have been charged with neglect (thankfully the charges were dropped) and we have been threatened with the removal of our other children. Not to mention the fact that we’ve been ignored, belittled, shamed, and treated as horrible parents – all in our efforts to get our child the treatment he needs.

When our son’s behavior became extreme enough, we were finally able to obtain a residential placement for him –after 4 years of advocacy.

Our family is not alone. I’ve spoken with other parents who had similar experiences and here are some of their stories:

Living with RAD: There Is Not Enough Love to Fix a Broken Soul

Living with RAD: I Still Love Him and I Would Not Wish This Life On Anyone

When a Child Sexually Abuses a Sibling

When children with mental health issues are violent, families are faced with tough situations and lack of appropriate help.

I don’t have all the answers, but I do know this – ignoring it won’t fix it. Resources, funding, and solutions are needed, for the safety of these children, for families, and for us all.

The Downward Spiral of My Son’s Behavior

Mornings, Bedtimes, and Other Routines for Kids with Trauma History 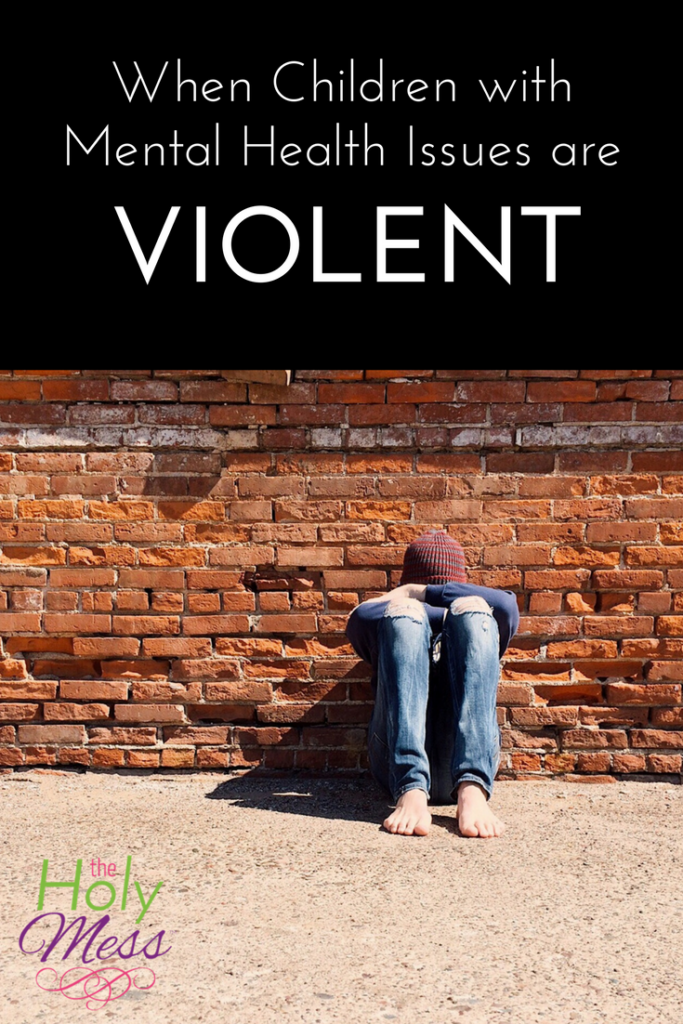