Are you wondering which is better, WW vs Keto? For weight loss, health, and wellness, are you better off following the Weight Watchers points system or a Ketogenetic low carb, high fat diet? Let’s explore the pros and cons of each and which one is the right decision for you.

What is a Keto Diet?

Keto (a ketogenic diet) is a low-carb, high fat eating method that is believed to increase weight loss and provide health benefits. With a Ketogenic diet, as much as 75% of a person’s daily calories come from fat.

Keto for weight loss is massively popular these days and I’m sure you know some people who are “going keto”.

What is the Weight Watchers WW Points System?

Weight Watchers is a commercial weight loss program that uses a points system where each food has a point value and members receive a set number of points per day. The WW system is a calorie restriction, low fat diet.

Which is Better, WW or Keto?

When it comes to deciding which is better for you, consider the pros and cons of each eating style.

Before we dive in, I can tell you that I’m maintaining a 100 pound weight loss, I’ve done WW for many years and I did a Keto diet for 3 months to check out what all the hype is about. Below I’ll share more details of my experiences.

I’m not a doctor, so always check with your doctor about what’s best for you.

Is Keto or WW Better?

Obviously there is no one right diet for every person and if you attempt to research the answer to this, you’ll get many different opinions.

Here’s some basic information that most people agree on.

Here are some of the positives of a ketogenic diet.

Here are the downsides of eating a keto diet.

These are a few of my favorite benefits of WW.

I love WW but it’s certainly not perfect. These are some of the downsides of the WW points system.

Okay, But Which One WORKS Better: Keto vs WW?

More research is needed but overall I think WW has many more years of proof that their system works. Keto is going to need to give more evidence to back up their claims.

Having done both, when people write to me for advice about how to lose weight, I suggest WW almost every time.

Can You Do Keto and WW Together?

Now I will tell you I’ve seen a few blog posts about doing both together and a few menu plans on some websites. I’m sure I will get emails from people who are doing both and tell me it’s awesome.

So technically CAN you do WW and keto together? Yes.

Does that mean you SHOULD do WW and low carb together? I say no.

You can attempt to mix the two but I think you’re beating your head against a wall. Weight loss is hard enough. Why torture yourself? Just pick one or the other and go with it.

Should You Switch from WW to Keto?

For most people – no.

If you are just dying to try Keto, go ahead. It’s a free country and WW doesn’t pay me to promote them so it’s no loss to me if you want to give it a try, as long as your doctor is okay with it for you.

I tried keto because I was curious and I was ready to try something different to shake things up. I learned some things so it was worth it for me. I didn’t lose any weight, though.

Just be prepared that keto is no miracle cure.

I tried Keto for 3 months to see what the diet is all about. I’m a pretty good diet-follower so I almost never cheated.

You can read my full keto for weight loss story here, including menus and exactly what I ate.

Basically, I lost weight at first then gained it back again so I ended at the same weight I started. I’m chalking up my keto experience to lessons learned, but nothing exciting for me personally. 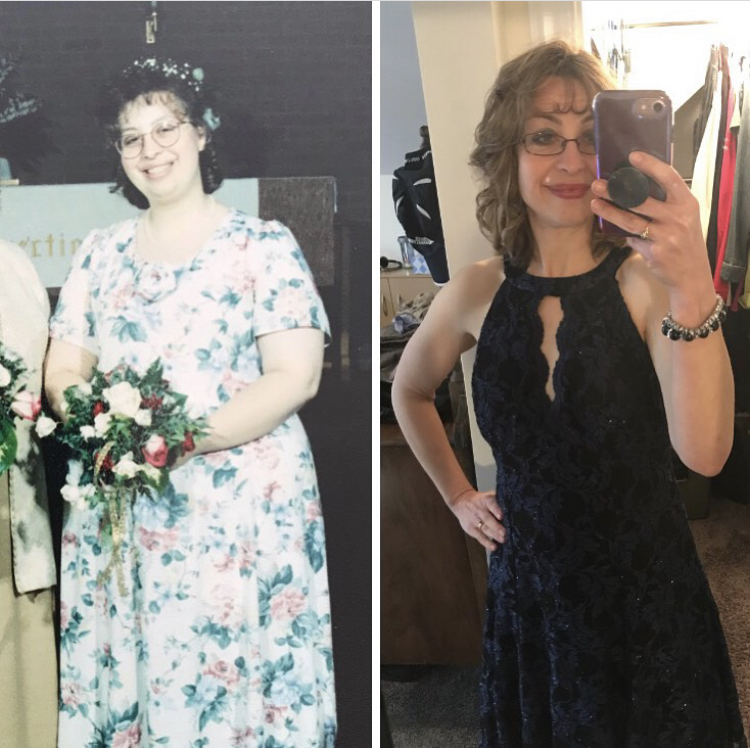 Before and after 110 pound weight loss.

Will Weight Watchers Come Out with a Low Carb Plan?

Every two years WW revamps their points system, so time will tell if they add a low-carb system, but my guess is that they will not. WW uses core principles such as calorie density and current scientific research when choosing their plans.

While research has shown some slight benefit to weight loss on a low carb plan, it’s difficult for most people to maintain. WW’s goal for for members is long-term weight loss and maintenance in a way that realistically fits into an everyday lifestyle.

If after reading all this you want to give keto a try, I have some helpful resources for you:

I Tried Keto for Weight Loss and This is What Happened

Getting Started with Keto

If You Want to Try Weight Watchers

If you want to try the Weight Watchers system, click here for a discount on your enrollment.

If you want to use the WW points system for a lower cost, check out the Itrackbites app, which is free to download.

Switching From Keto to Weight Watchers

Are you switching from Keto to Weight Watchers? Here are a few helpful tips.

In conclusion, when comparing the two plans, keto vs. ww I believe Weight Watchers is the better program for most individuals. Having done both, WW was a healthier choice and worked best for weight loss.

Have you tried Keto or WW? Share about it in the comments below. 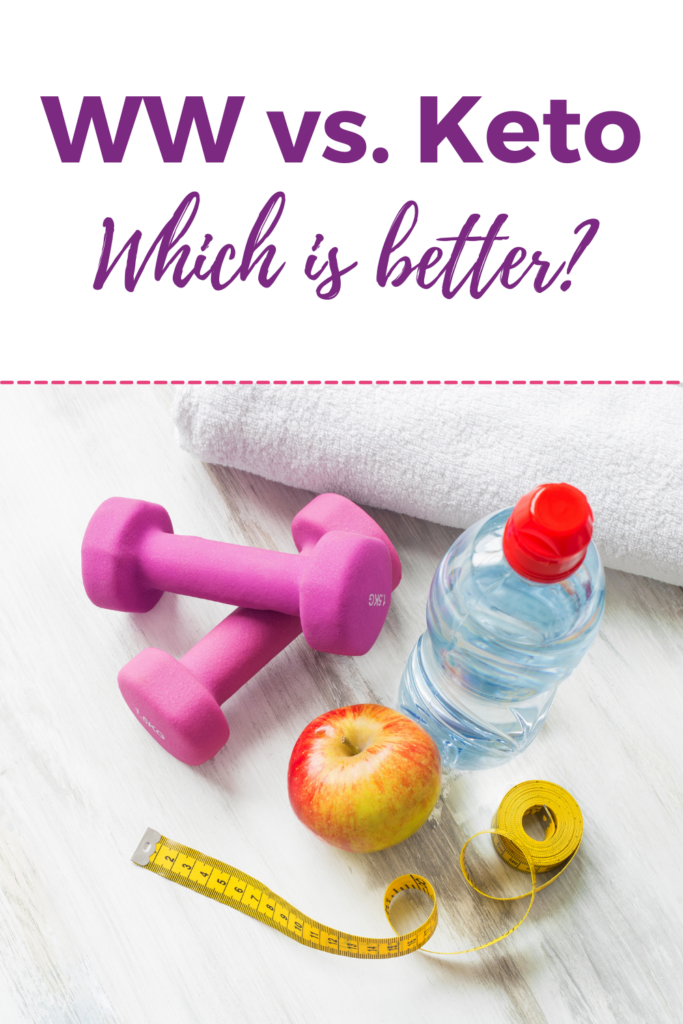