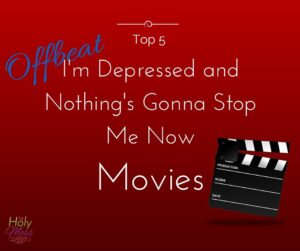 In my last blog, I gave you some suggestions of movies I use to help me get out of a funk. Sara displayed her utter lack of good taste by disagreeing with many of my titles. 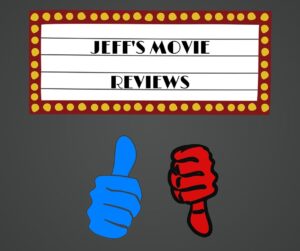 Today, I look at the other end of the rainbow connection – movies I watch when I’m depressed and enjoy being depressed, thank you very much. Sometimes in life you just gotta wallow in it, like a pig in a mud bath, and these five movies, along with a buffet spread of assorted Nestle products, do the trick every time. 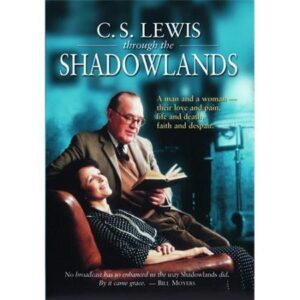 We went home devastated and so emotionally exhausted I personally could have inhaled a full jar of extra crunchy Jiff.

Sara actually reminded me about this movie recently. We went to see it at the theater back in 1993 when it first came out, and we went home devastated and so emotionally exhausted I personally could have inhaled a full jar of extra crunchy Jiff. This heartbreaker details the relationship between C.S. Lewis and wife Joy Gresham, who passed away from cancer less than four years after getting married.

Most people probably know Lewis as the author of the CHRONICLES OF NARNIA series of books and he is incarnated in this film by Hannibal Lecter himself, Anthony Hopkins. His wife is played by Debra Winger, who suffered a similar fate in another tearjerker, TERMS OF ENDEARMENT. One suggestion – stock up on Kleenex and Prozac before viewing. 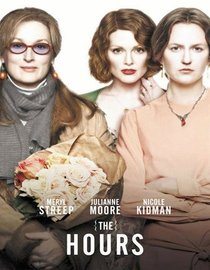 I actually voted this as my favorite movie of the 2000s recently.

You’ll find more laughs in a mortuary, but you’ll find yourself contemplating the fine line between despair and the desire to live. Nicole Kidman’s narration at the end and her final haunting image just before the end credits are unforgettable. Bring on the chocolate! 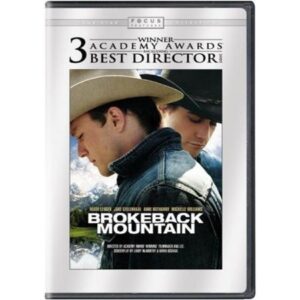 There are only two movies that guarantee I’ll walk away in tears – this and FIELD OF DREAMS.

I realize this is a very controversial choice, and many people won’t even contemplate putting this movie in their DVD player, but I don’t think I’ve ever seen such a tragic love story so perfectly told. Regardless of your feelings concerning the subject at hand, I think you’d have to have a heart of stone not to be moved, and – yes – wonderfully depressed!

There’s an extra layer of melancholy and sadness when you consider the death of Heath Ledger, whose performance here is nothing less than phenomenal. There are only two movies that guarantee I’ll walk away in tears – this and FIELD OF DREAMS. When Kevin Costner and his dad play catch, I am a basket case. OK, I’m getting verklempt. Give me a minute… 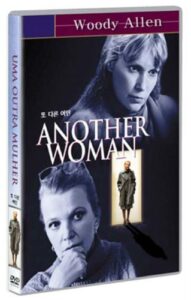 This is a serious-as-serious-can-get drama about a female philosophy professor whose life seems picture perfect until a chance encounter with a suicidal pregnant woman makes her realize that she’s actually on the verge of losing everything.

Hi, I’m back. Woody Allen is a very polarizing figure – both for his films and his personal life. Between the late 1970s and the early 2000s, I think he was a genius filmmaker who rarely hit a false note. This movie came out in 1988, and while Allen is mainly known for his comedies, this is a serious-as-serious-can-get drama about a female philosophy professor whose life seems picture perfect until a chance encounter with a suicidal pregnant woman makes her realize that she’s actually on the verge of losing everything. Everybody dance!

ANOTHER WOMAN is a challenging but ultimately rewarding film, particularly if you have a can of Cheese Whiz and a family size bag of sour cream and onion Lays. 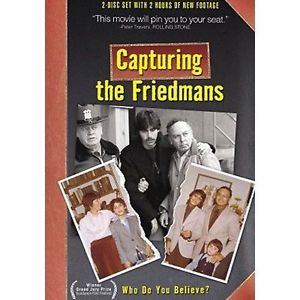 None of the movies I’m recommending for depression day are necessarily for kids – but this one DEFINITELY isn’t for kids. The subject matter is extraordinarily disturbing. You’re basically watching the unraveling of a family after the father and one of his sons are accused of the most heinous and sick crime imaginable – and this is REAL LIFE.

This is a documentary featuring home video footage shot by one of the other sons, who happens to be a children’s party clown. Truth is indeed stranger than fiction. You watch a train wreck in slow motion. This movie is on my list of the ten best films I’ve ever seen. The subject matter is beyond disturbing, but it’s a hypnotic experience. You won’t believe what you’re seeing!

Looking for a new option to stream movies? Check out VidAngel. Movies for just $1, and you have the option to filter content if you desire.

Hope you enjoy, and I look forward to any comments or suggestions you have. 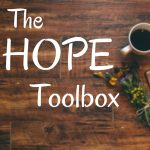 But you O Lord are a shield about me, my glory, and the lifter of my head.

Do you want to watch uplifting or sad movies when you are feeling down? Why?

Scraping Raisins: What I Took and What I Left Behind

Probably in Purple: A Dash of Lemon and Some Salt — a neat 31 days blog about creating community in Dubai

Jeff is a musician, humorist, gardener, and uncle. Jeff is Sara’s cousin, life-long dear friend, and “Uncle Oscar” (our nickname for him because of his love of all things movie) to Sara’s kids. Our lives have been intertwined in the most blessed way!

Looking for movie tickets online? Check out Fandango and Movietickets.com!