On the first day of Christmas, my true love gave to me: 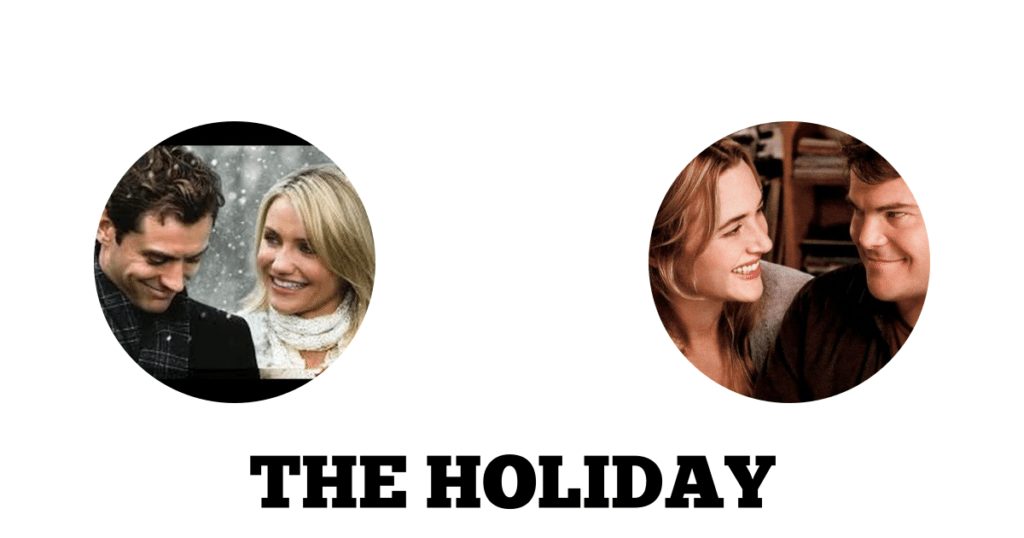 Sometimes a movie just clicks for you. You can’t quite pinpoint exactly why it appeals to you, but you just know it does. Nancy Meyers’ 2006 romantic comedy THE HOLIDAY is one of those films.

Actually, the films starts off on a very good note for me (no pun intended) because one of the characters is a film composer and another makes movie trailers. These are like my two dream jobs of all time, so to find a movie in which both of these occupations are featured is a real treat!

The film stars Cameron Diaz as Amanda, said movie trailer maker who has just broken up with boyfriend Ethan. Kate Winslet is Iris, a British newspaper columnist who has just discovered that the co-worker with whom she has been madly in love is now engaged to someone else.

What a way to start the holidays!

Both ladies decide they need a change of scenery and visit a house exchange website online where they swap homes. Iris will use Amanda’s Hollywood mansion for the next couple weeks, whereas Amanda will call Iris’ quaint British cottage her temporary home.

Through a series of events that only seem to happen in the movies, Amanda finds herself in love with Iris’ brother Graham (Jude Law), while Iris has eyes for film composer Miles (Jack Black). Let hilarity and romance ensue.

Actually, the relationship in the movie I loved the most was between Winslet and an elderly screenwriter named Arthur (Eli Wallach) who lives next door to Amanda. Their scenes together, in which Arthur tells stories of Hollywood’s Golden Age and Iris finds a surprising shoulder to cry on, are absolutely charming.

My very favorite part of the movie is easily a scene in which Diaz pays a surprise trip to Law’s house and meets his two young daughters. I don’t know who these little actresses are or if they’ve done anything before or since, but they are heart tuggers and their interactions with both Diaz and Law, in particular, are quite wonderful.

Needless to say in movies like this, it’s not an easy road to love; and also needless to say, our heroes and heroines will find a way to have their happy endings. And just in time for New Year’s, too!

Let’s face it, this is Hollywood fantasy material – there’s not a scene of real life anywhere to be found. 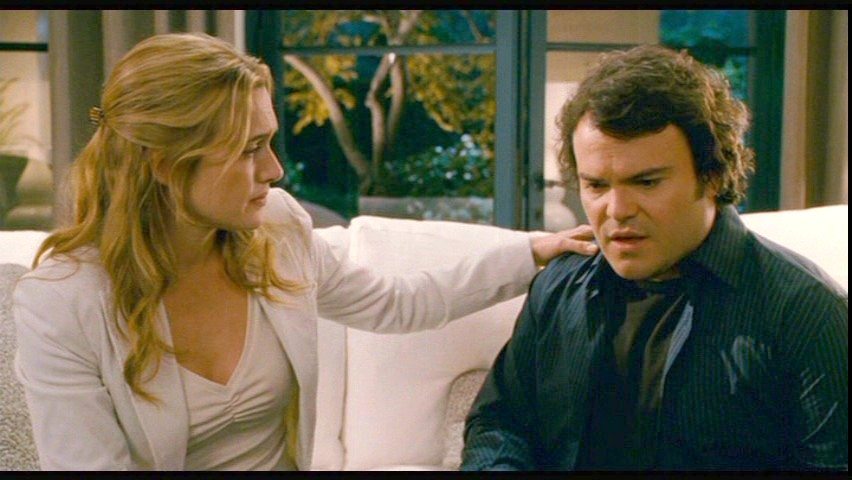 This fits right in with director Nancy Meyers’ oeuvre which includes IT’S COMPLICATED with Meryl Streep, Alec Baldwin, and Steve Martin, as well as SOMETHING’S GOTTA GIVE with Oscar-nominated Diane Keaton and Jack Nicholson. And like those other two films, I fell for this one hook, line, and sinker.

All four principal actors are quite appealing, and while this is definitely a film about the ladies, it was Jack Black and especially Jude Law whose performances I recall most vividly. Black is obviously not an actor known for subtlety, but here he is convincingly romantic with Winslet and has a nice rapport with Wallach and his band of senior citizen friends as well. Law is an actor I never really paid that much attention to, with the exception of his Oscar-nominated role in the brilliant TALENTED MR. RIPLEY, but here he could be heir apparent to Cary Grant. It’s a charming, lived-in, crowd-pleasing performance straight from a 40s Frank Capra or Howard Hawks movie.

So, I am pleased to start my 12 DAYS OF CHRISTMAS MOVIES series with a hearty recommendation. This film is available for rental on Sling, Amazon Video, and Google Play. It is available for purchase on Vudu, Fandango Now, Cinema Now, or by clicking here. 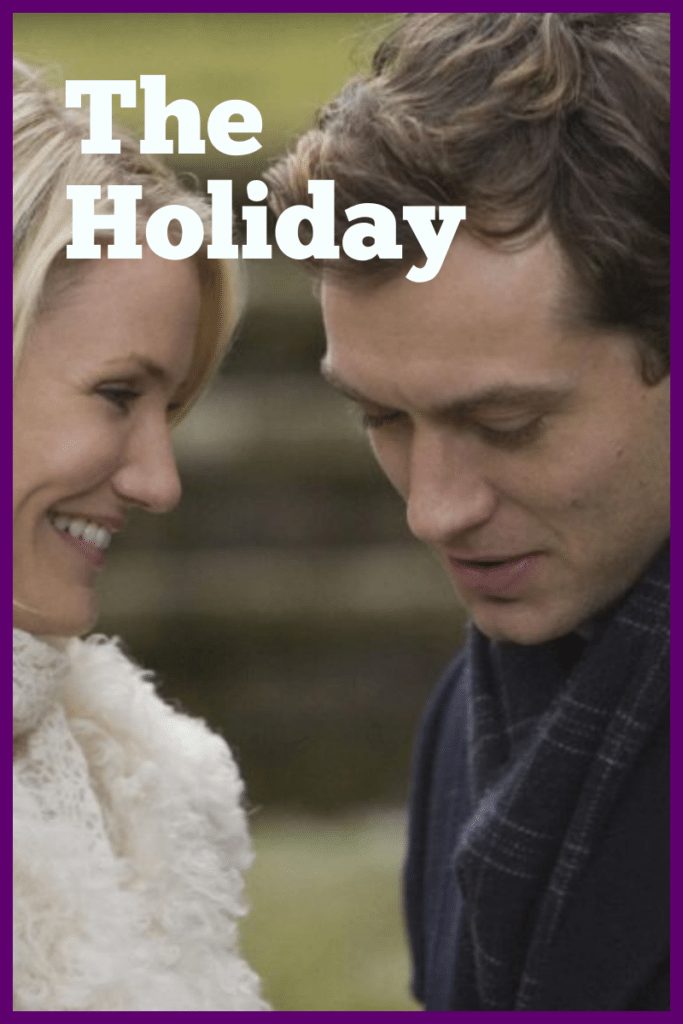