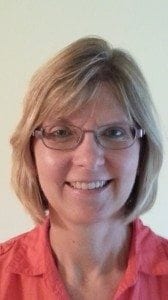 I recently ran a 3K. A 3K is only 1.86 miles, and I didn’t really run. I slogged. Slogging is something between running and walking, a little slower than a jog. But I did it! And when the race started, and I crossed under the Start banner, it was all I could do to not openly cry at the culmination of God’s faithfulness.

Alyssa is 8 going on 9 and loves to run. I have never seen it like this in any other child. This is Chariots of Fire stuff. When she is in her 20s and 30s, running is likely the way she will get away and connect with God. Several years ago, I tried to take up running so that she would have someone to run with. I made it a block or two, and my knees hurt so much, I had to stop. So I took up biking, but I had always been disappointed that I couldn’t support Alyssa in her running. She is too young to register for most races by herself. She was stuck.

Fast forward a few years, and now I have added resistance training to my weekly fitness plan. Alyssa brought home a flyer about a walk/jog with your dog. She was so excited, but when she told me the run was on a Sunday, I figured we couldn’t do it, because we go to church on Sunday mornings. I looked at the flyer, and it was a glow run, scheduled for a Sunday night! Plus, it was short: a 3K, not a 5K. OK, maybe I could do this!

On my first training run, I made it a third of a mile, and that is rounding up. But the next day, I made it half a mile, and a few days later, I walked/jogged over a mile. My knees? They didn’t hurt. I couldn’t believe it.

Now we had to get the dog trained, and Alyssa’s younger sister wanted to come, too. Three girls and a dog.

The night of the race, I wasn’t sure what would happen: Would Alyssa run to her potential, ahead of me? Would her sister even jog—meaning, would I be able to run, too, or would I have to stay back with her, after all that training? We arrived at the run and picked up our race packets, which included dog treats for our black lab. My dog remained quietly at my side, despite all of the other dogs around. We soon ran into the girls’ Girl Scout leader and her children. Hurray! Kids for Isabella to hang around with. But now what would Alyssa do? Would she just walk along with her friends, or would she run her own race?

I positioned the kiddos ahead of me, and I could see them in front of me as we neared the Start line, and then . . . I couldn’t see Alyssa. She had run ahead! I passed the rest of the kids, and found myself in no-man’s land, between the walkers and the runners. I enjoyed every minute of it. As I crossed the finish line, Alyssa was waiting for me, where she had waited “forever.” A while later, Isabella made it across, whimpering at the effort. I was so thankful her friends had been there for her to walk with. 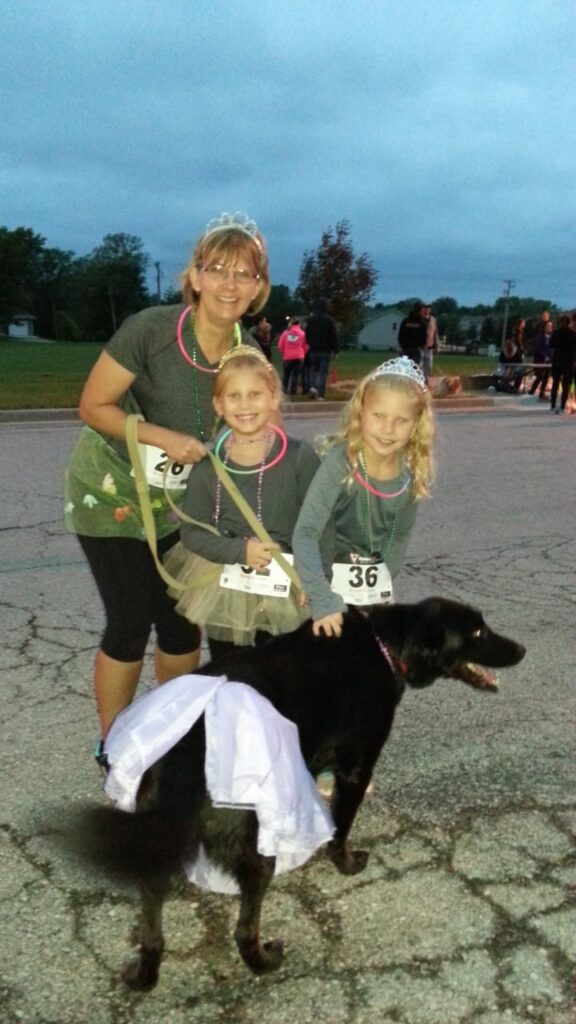 God had been so faithful. At just the right time, in the midst of hard changes in our lives, God dropped these three girls and a dog a little gift that we could work on together. He had given us a short run, a night run, a stronger lower body for me, courage for a little girl to run to her potential, and friends for the other little girl to walk with. He is so cool.

What little surprises from God have you noticed in your life or in your quest to become more active?