As a parent it’s incredibly frustrating when your children lie. Here is what to do when your kids lie to you. 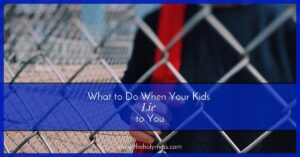 All adults lie sometimes, too. Think of the last time you told a lie.

That does not mean lying is okay.

Lying is wrong and sinful behavior. Yet understanding the reason for the behavior is important so we can work toward stopping it.

Post says there are only two motivating emotions at the heart of every action — LOVE and FEAR. Once we realize this, it opens our eyes to why children behave in the ways they do.

People lie when they are coming from a place of fear.

Your Emotions About Lying

As a parent, when you know or suspect your child is lying, you are likely to get very angry.

“I can’t STAND thinking that my child is lying to me!”

“Don’t you lie to me boy!” (while shaking finger in face)

What is it about lying that drives us batty as parents? There’s something about feeling like our kids are pulling a fast one over on us.

It’s the loss of power and control.

The first step to deal with any type of lying in your children is to calm down your own emotions.

Take space. Give it time.

When Your Kids Lie to You

For kids who have a history of early abuse or trauma, lying becomes habitual as a survival technique.

Aaron, our attachment therapist, teaches us an approach to get to the heart of our son’s issues.

Every time my son tries to lie or control, I ask him what he’s afraid of. Interesting.

So far we aren’t getting much response from him, but it’s changed my thinking. Yesterday he asked me if he could watch a violent movie that just was released.

The older kids said, “Dad already told you no to that.”

I ask my son why he tried to control me like that. “What are you afraid of?”

He says, “I was afraid I wouldn’t get to watch the movie.”

I don’t think this is the heart of the issue. We’ll get there.

We are making progress.

This method has led to some tremendous conversations with my son.

Aaron gave me great coaching for how to better ask my son about his fears. I’m not afraid to push somewhat with these questions.

We’ve needed to build in some coping strategies first, because we put the responsibility on him to calm himself down.

When my son escalates, and this does take practice, I have learned to match his energy. If I stay perfectly calm and quiet, he escalates more. He needs me to match energy with him. I don’t get angry, but I will raise my voice somewhat too.

I stand up (I always stand up so that I am taller than he is, or eye level with him. I never kneel down so that I am lower than the child.) Maybe I get in his face a little — not nose to nose.

I give him some space, and I’m off to the side, but I make sure he’s fully aware of my presence. I match my body language to his, but mine is calm. If his hands are in fists by his side, mine would be by my side but relaxed.

I’m showing him that I am in control of the situation, I will handle the emotion he is throwing my direction, I will match it, and I will help him calm down.

If my son starts to escalate, I ask him, “So, what’s the fear about?”

He might say, “I’m not afraid of anything. Fear is stupid.” He stomps his feet or grunts.

Then I respond, “So calm down.” or “Okay, so show me calming yourself down, then.”

Now he has to go to a tough place with me emotionally, and this is where healing happens. Earlier, in a calm moment with Aaron, our son agreed to Aaron’s assessment that at the root of all anger is fear. So now, he either has to tell me what he’s afraid of, or he has to calm himself down.

PICK ONE, my son.

If my son is in a relatively good state, he will start doing deep breathing that he has been taught (4-8-7 breathing, which is breath in for 4, hold for 8, release for 7. He counts while he does it.) After he’s done a few of these, he’s ready to talk.

If not, he might continue to escalate. Then we move to other strategies until he is ready to calm himself down. He is so much less physically aggressive than he was a month ago.

Then we go back to the question, “What’s going on? What’s the fear about, here?”

He’s resistant to these questions, and will ask, “Ugh! Why all these questions all the time!” but once he is calm enough, we’ve had some great conversations.

When he responds with something simple, like, “I wanted to watch the movie I want.”

Then I ask, “So what? What are you afraid will happen if you don’t get the movie you want?”

One morning when he was resisting doing chores for his dad, he told me he was afraid if his behavior continued to be negative, he would end up homeless and alone, doing drugs on the street.

Another time he told me he was afraid he would never get to see his birth mom again, and she wouldn’t love him because of all his bad behaviors.

Lots of times he says he’s afraid he’s going to have a fit, go into a rage, or hit someone and we are going to call the police and they are going to take him away.

Now that he’s saying his fears out loud, the fear is losing its power.

Do you trust God to follow through on His promises?

Bryan Post offers the following 4 step method for when you know your children have lied to you. We have used this method effectively.

Step 2: Ignore the Behavior, but Not Your Child

Taking ownership for our part is tough when we see our kids lie staring us in the face, but doing so frees space in the conversation for the child to turn down his fear level.

Taking ownership as the parent might mean lack of supervision, having overly strict standards, unrealistic expectations, or unchecked anger. (Step 1)

This does NOT excuse the lie — the lie is still wrong. This is not saying there will not be consequences. This is saying, I will own what is mine to own, and I will be the grown-up and set the example by owning my part first.

Next, express concern for your child. Say, “I’m concerned about you.” or “You seem anxious.” or “Today was a hard day.” (Step 2)

Honestly wait. Sit with it in silence. Maybe even walk away for awhile and come back to the conversation later.

I have been amazed how well this works. We often want to rush into situations with our kids, but sometimes when I do nothing (because I’m waiting to calm down my own emotions), my kids even come to me and confess what happened. (Step 3)

The final step is confusing for many. Bryan Post explains it this way,

A love-based consequence is imposed when the adult takes responsibility for the action, but the child is allowed to feel the emotional impact on the adult. When you take responsibility for your own feelings, rather than blaming or threatening your child, you set up the mechanisms for self-reflection and internal growth to take place in the child. We talk often about parents taking responsibility for the children’s mis-behaviors. Some parents think this means that the child’s negative behaviors are the parents fault. Nothing could be further from the truth. Being responsible for your child’s behaviors simple means it is our job to help our child learn to self- regulate. When we miss the signals of our child reaching their regulatory window of tolerance, and the child messes up, punishing the child becomes a mis-directed attempt to teach. (Step 4)

5 Helpful Strategies for Parenting a Child with RAD 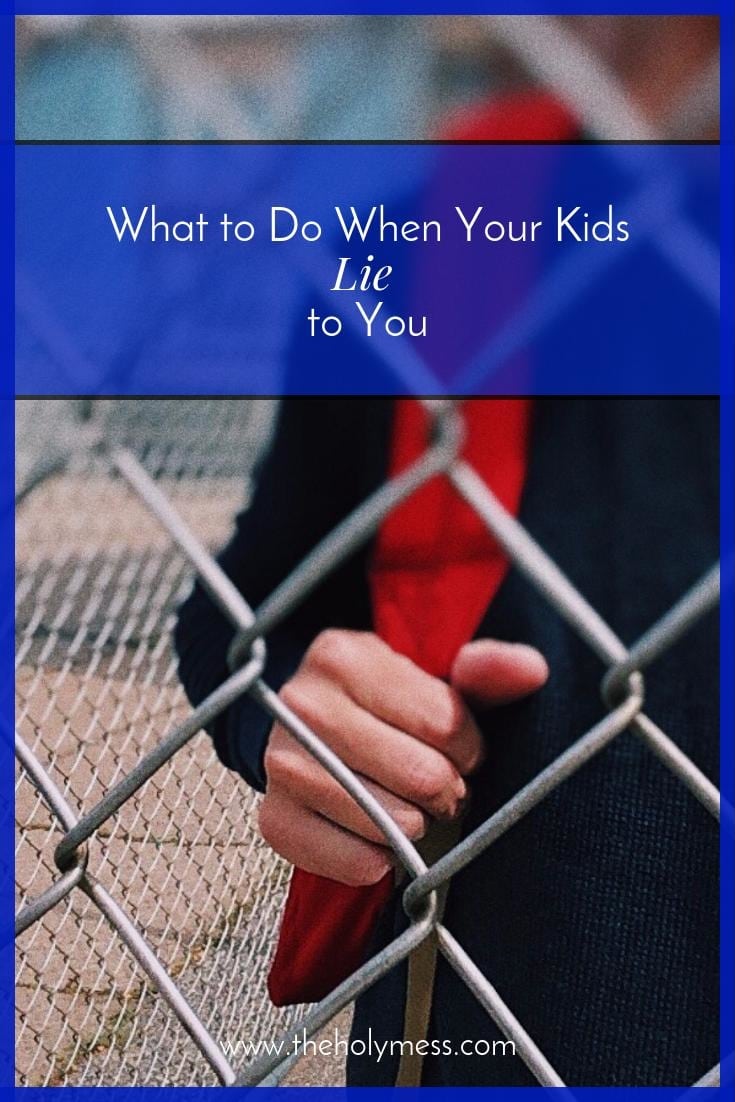