Home » Faith » When You Beg God for a Miracle

I’ve been begging God for a miracle. 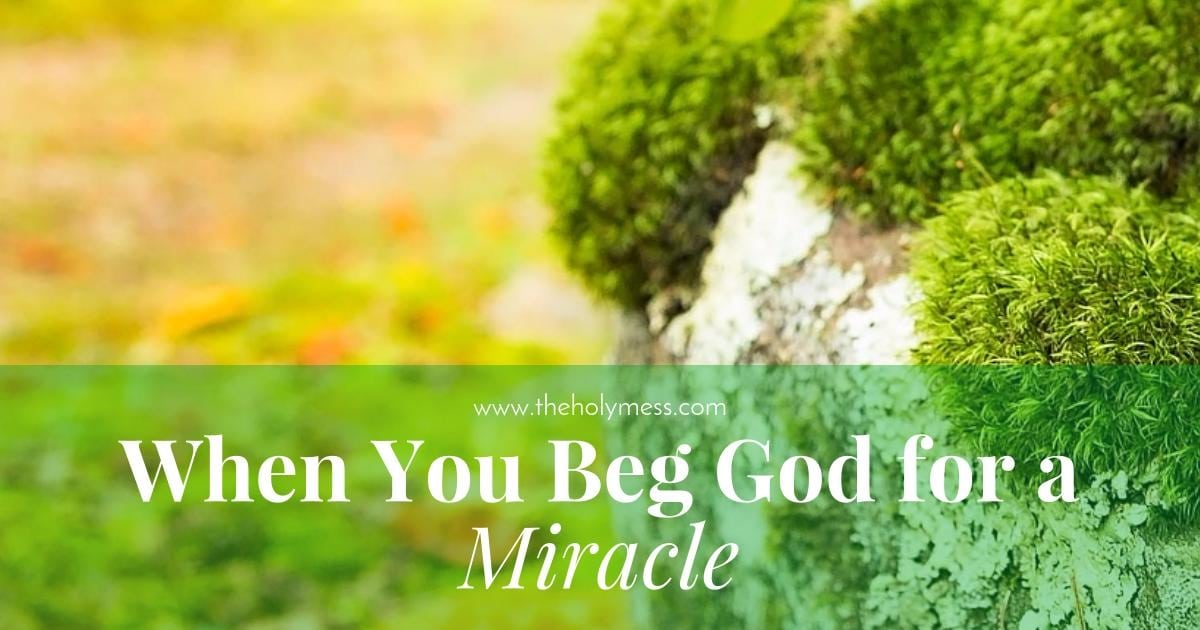 Sunday at church, this is the Bible reading. I sit listening as the story begins with a man who comes to beg Jesus for a miracle for his daughter:

And when Jesus had crossed again in the boat to the other side, a great crowd gathered about him, and he was beside the sea. Then came one of the rulers of the synagogue, Jairus by name, and seeing him, he fell at his feet and implored him earnestly, saying, ‘My little daughter is at the point of death. Come and lay your hands on her, so that she may be made well and live.’ And he went with him.

As they are traveling, Jesus is stopped by a women in the crowd who needs a miracle of her own. Simply by touching Jesus’ outer robe, she is healed.

And a great crowd followed him and thronged about him. And there was a woman who had had a discharge of blood for twelve years, and who had suffered much under many physicians, and had spent all that she had, and was no better but rather grew worse.  She had heard the reports about Jesus and came up behind him in the crowd and touched his garment. For she said, ‘If I touch even his garments, I will be made well.’ And immediately the flow of blood dried up, and she felt in her body that she was healed of her disease. And Jesus, perceiving in himself that power had gone out from him, immediately turned about in the crowd and said, ‘Who touched my garments?’  And his disciples said to him, ‘You see the crowd pressing around you, and yet you say, ‘Who touched me?’  And he looked around to see who had done it. But the woman, knowing what had happened to her, came in fear and trembling and fell down before him and told him the whole truth.  And he said to her, ‘Daughter, your faith has made you well; go in peace, and be healed of your disease.’

Jesus goes to the house of the man whose daughter is dying. They are greeted at the gate with the worst news. Yet Jesus offers the most hopeful reply.

While he was still speaking, there came from the ruler’s house some who said, ‘Your daughter is dead. Why trouble the Teacher any further?’  But overhearing what they said, Jesus said to the ruler of the synagogue, ‘Do not fear, only believe.’

Look at how the people in the crowd respond when Jesus goes into the house. Imagine how the parents must have felt, going inside with Jesus.

And he allowed no one to follow him except Peter and James and John the brother of James. They came to the house of the ruler of the synagogue, and Jesus saw a commotion, people weeping and wailing loudly. And when he had entered, he said to them, ‘Why are you making a commotion and weeping? The child is not dead but sleeping.’  And they laughed at him.

But he put them all outside and took the child’s father and mother and those who were with him and went in where the child was. Taking her by the hand he said to her, ‘Talitha cumi,’ which means, ‘Little girl, I say to you, arise.’ And immediately the girl got up and began walking (for she was twelve years of age), and they were immediately overcome with amazement.  And he strictly charged them that no one should know this, and told them to give her something to eat.

I sit in the church pew, stunned, as I listen to this set of stories I have heard so many times before. Jesus healed a woman and a little girl.
My child is emotionally sick and needs Jesus’ healing touch. Just as Jarius’ daughter needed the touch of Jesus, my child needs Jesus’ touch.

We need a miracle.
I am the desperate parent. I am running to Jesus, falling at his feet, pleading earnestly with him.

Please come, Lord. Please come and put your hands on my child whose heart is dying.

Heal my child who needs to live.
In the Bible story, while Jesus, the father, and the disciples were walking to the house, people came out to greet them with news and said, “Your daughter is dead. Why bother?”
As the group approached the house, the people laughed at Jesus. They laughed at him. A miracle seemed impossible at this point. It was impossible.

Jesus told the parents,
“Don’t be afraid.”
“Just believe.”
“She is not dead.”

We do not believe in miracles because we are afraid.

We are so afraid that God will say no. Lack of faith feels safer. Why?

Lack of faith gives us the illusion of control, but it’s only an illusion. What would happen if we decided to go ahead and give in to the crazy, wild notion that God is going to heal our child, bless our nation, fix our problem?

What if we choose to live in all-out, abandoned faith that God will do what He says?

We are afraid of that back-of-our-mind, unanswered question of, What if He chooses not to? So, let’s go ahead and talk about it.

What if He chooses not to? Jesus did not heal everyone in the crowds.

What if we don’t get the miracle we seek? Does that mean it’s not worth the asking? Are we so afraid God can’t provide for the what-ifs and what-thens?

Do we really want to choose a closed-off life of fear and lack of faith because of just in case God says NO I’ll be prepared?

There comes a time when you must go alone with your child to Jesus. Shut the door on the laughing crowds. Cast aside all doubt.

Cling to this. Jesus said,

Do not fear, only believe. 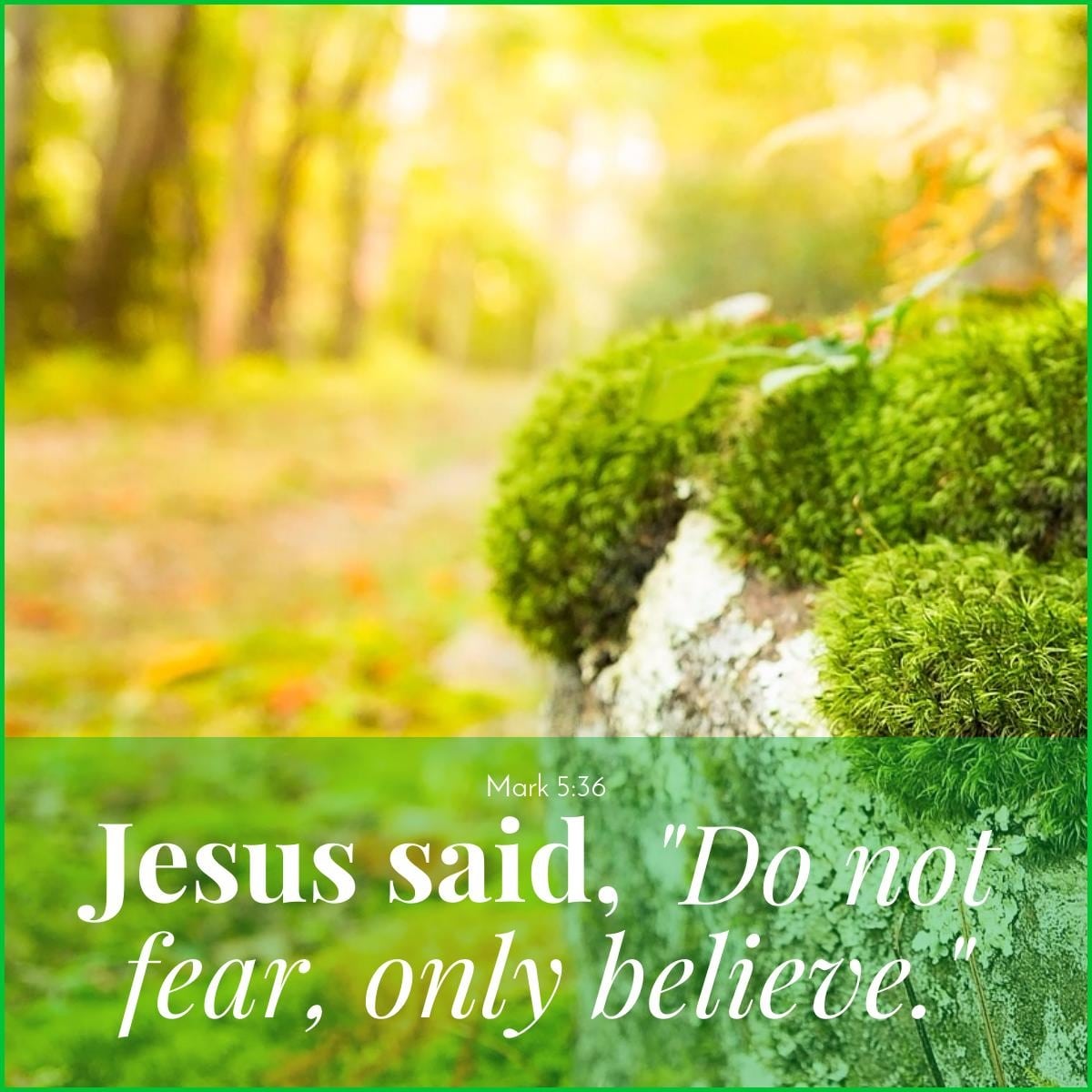 Jesus said… “Do not fear, only believe.” 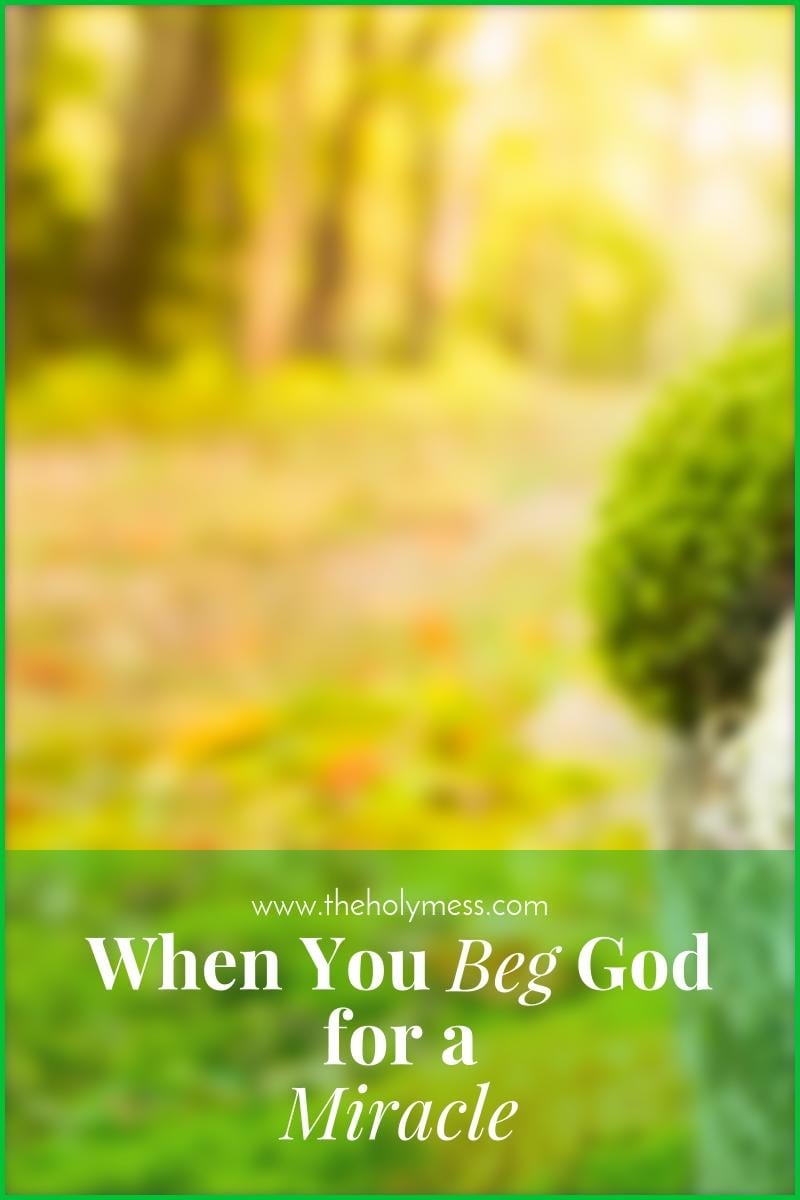 Dayspring is offering a giveaway for readers of the Write31days series.

I hope you enter because it would be SO COOL if one of my readers won!
a Rafflecopter giveaway