Home » Family » Special Needs Parenting » He Goes to the Park

We are shocked when one of the first things our attachment therapist does is have us give our son more freedom, but he teaches us how to do it the right way.

Aaron wants us to give our son some more freedom within a tight structure.

Our son is being granted the privilege of going to the park alone, for 15 minutes at a time, once or twice a day, as a coping strategy when he’s feeling restless here at home.

Aaron walks with him down to the park and they walk the perimeter of where he’s allowed to go. Then Aaron and Mike go down together and review exactly where Paul is allowed, so everyone is clear about the boundaries. 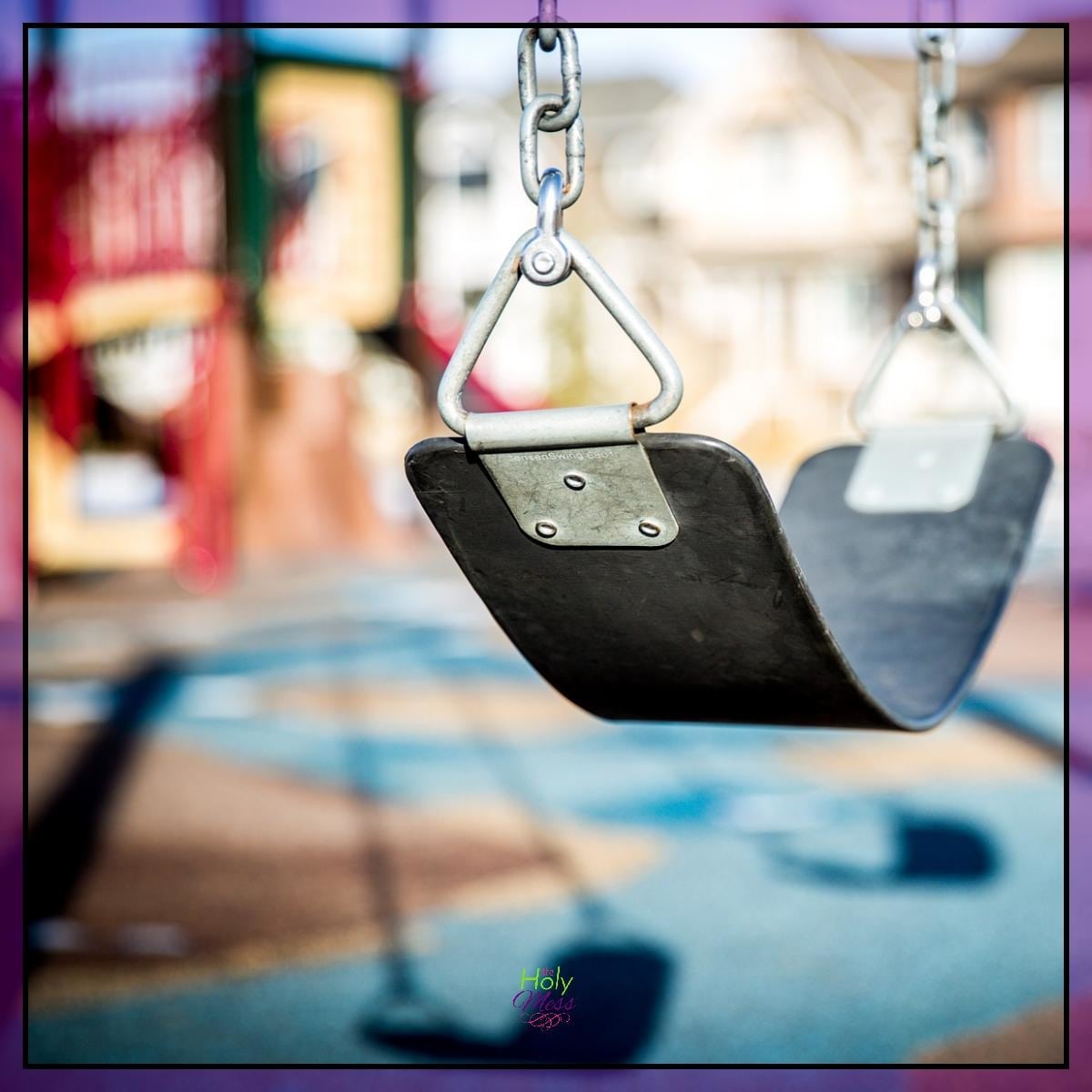 When Teens Run Away

Running away is a tough issue, and our son has run away 3 times now.

Aaron tells us teens who run away on a regular basis is one of the few issues where he cannot help us. He cannot treat a client that isn’t around.

If our son becomes a serial runner, we’ve got big problems. If he’s constantly gone, how can we heal him?

So, we want to allow our son some freedom, but WE want to control it.

Our son has to earn this freedom with good behavior for about a week. He’s had some blow-ups but they’ve been minor in comparison to what we were dealing with. The kid is really trying — seriously trying.

He Goes to the Park 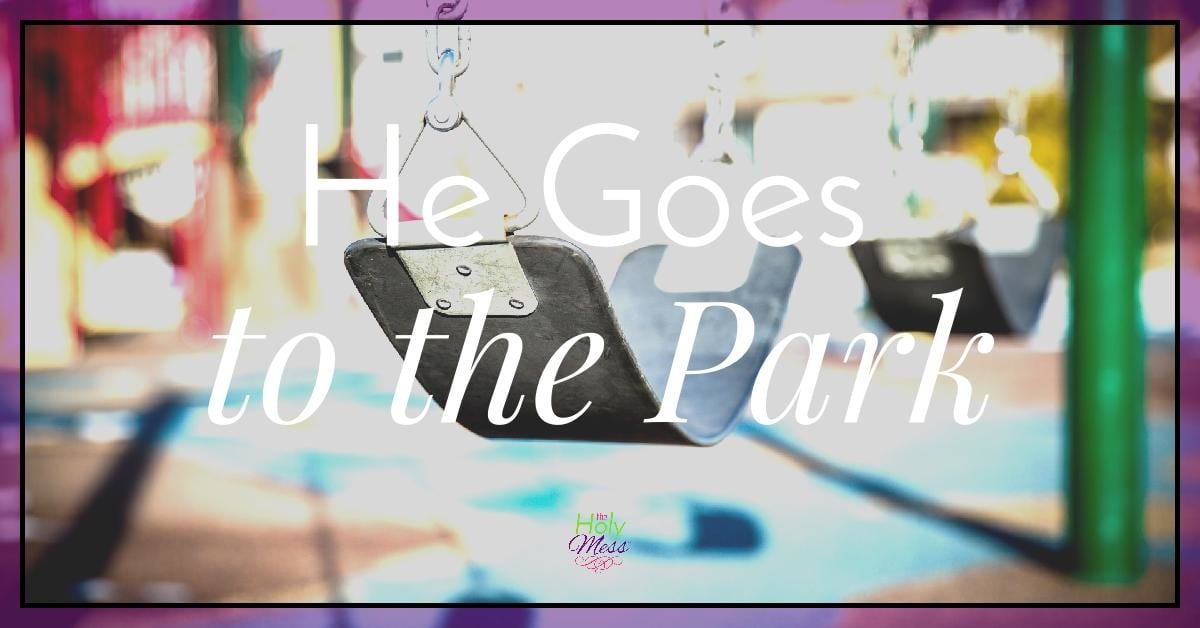 He tries it out for the first time. He knows his physical boundaries. He will walk down to the park and playground at the local elementary school. He has 15 minutes.

Aaron stresses to him that he has to be back on time — not one minute late or he loses the privilege. If he sees any questionable behavior, he is to come home.

I remind my son of the rules and he sets off.

I watch him walk down our sidewalk bouncing his green basketball.

He is so excited and proud of himself, and perhaps a bit nervous.

He walks part way down the street, then turns around and waves at me with a small grin. He has on his sunglasses the dentist has given him to block the bright light. (The kids aren’t supposed to keep them but they let my son keep them — people are always giving this kid stuff. He’s way too much of a schmoozer. We are working on that.)

He has a bit of that machismo strut. Must be genetic.

He’s wearing the VBS dog tag necklace of which he’s so proud. He missed Vacation Bible School at church this year because he was in the hospital, which was a great loss to him because it was his last year to participate and he loves VBS. Mike saved the necklace for him and he wears it every single day. It means something to him beyond what I can fully understand. That he still belongs? That he’s still a part of it? That he’s normal enough that he could have been there? My heart hurt a little each time I see it.

To top it off, he chose a big plastic silver gumball machine ring for his first finger (stone missing) and a shiny gold watch we chose at Kohl’s the day before so he could keep track of his 15 minutes of park time.

The kid is blinged out.

At age 10, any boy would be in that space between boy and young teen, but with his issues his emotional age is so much younger.

Then again, he’s growing up fast and has a maturity and wisdom that is far beyond his years.

He’s faced pain other kids don’t have a clue about and pain grows us up quickly. When I look at his face, I never know which version of my son I am actually seeing.

I love him so much it hurts.

Eleven minutes later he is back.

My son says it went fine. He walked around. He bounced his basketball. Fifteen minutes is a great time frame. By the time he walks down and gets home in time, he really only has 7-8 minutes at the park, but it gives him the feeling of freedom.

The Price of Freedom

A couple hours later, my son has a rage, one of the more serious ones he has had in quite some time. It’s still small in comparison to what he has done in the past, but it’s big.

He won’t do what Mike says. He sits on the steps and yells no. When Mike tries to step over him, my son pushes him, and we have set very clear boundaries around physical violence of any type.

He bangs. He runs and hides under the computer table. We call Aaron on the phone. Aaron talks to my son on speaker phone and tells my son he has one chance, and 5 minutes, to pull it together or Aaron is coming out there, and my son is not going to like it when Aaron gets there.

It works. My son gets up immediately and calms down. He made it through.

We’ve noticed this pattern with our son and freedom. As much as he desires it, he’s afraid of it.

Freedom comes at a painful price.

Shout for joy in the Lord, O you righteous!
Praise befits the upright.
2 Give thanks to the Lord with the lyre;
make melody to him with the harp of ten strings!

It’s tough to accept Godly counsel sometimes. Do you humbly allow others to advise you? What advice do you currently need to seek — or adhere to?

How to Give Our Kids Freedom While Keeping Them Safe 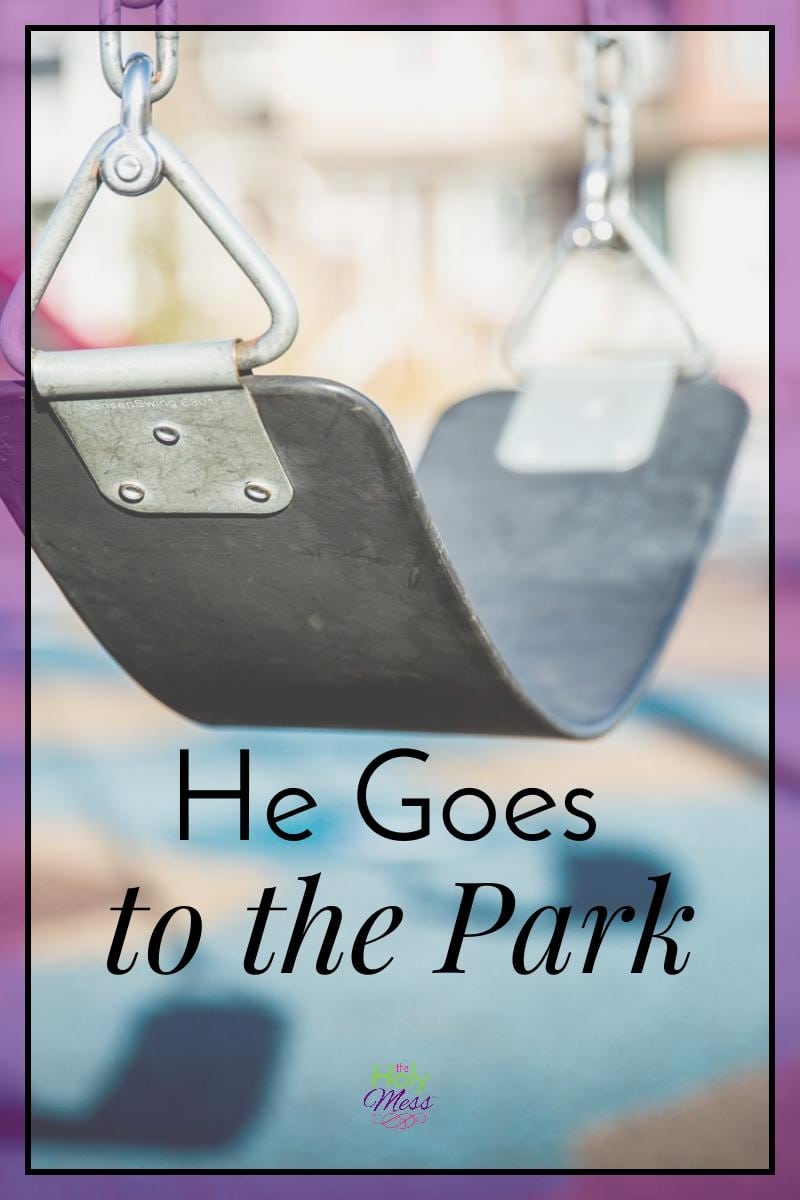