When my adopted child cries for his birth mom, my heart breaks.

My son’s behavior has been improving. It’s really quite incredible when I think about the progress he has made in such a short amount of time.

There has been no hitting. No biting. No long-lasting rages. Very little swearing.

He’s still disrespectful and a rude little dude, but even that has decreased.

He’s constantly agitated, like someone wound him into a tight little ball, but I can tell he’s trying not to take it out on us.

I know we will have many ups and downs, bumps, stops and starts. School will start soon and that will be a huge adjustment, especially depending on where he attends.

The last couple days have been tougher, though. He’s keyed up.

He went to animal therapy yesterday and dealt with some tough stuff about his younger brother and boundary issues. They have a co-dependent, irritated relationship with continual friction. 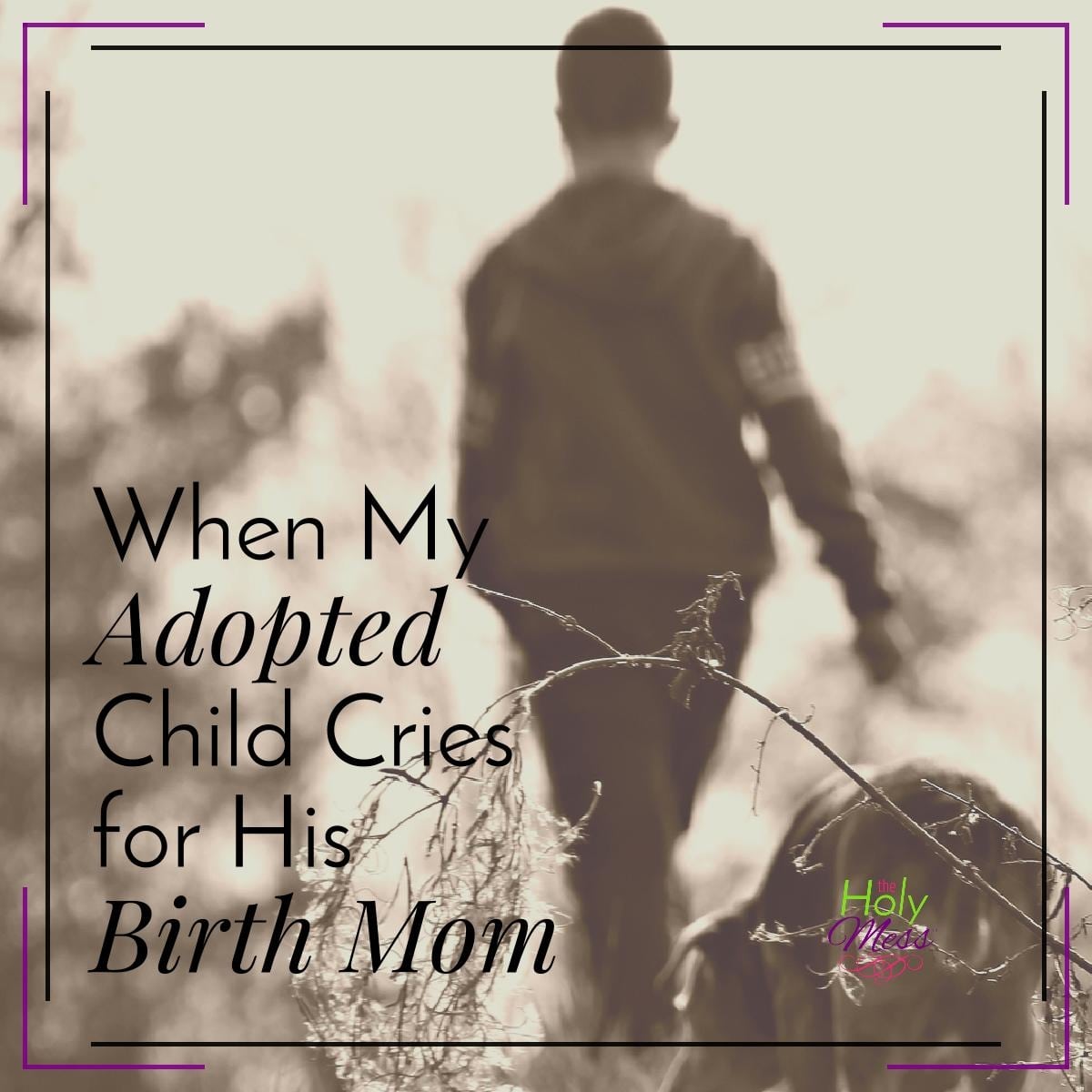 Tonight my son is pushing up against the line with his behavior.

Slamming doors. He throws his keyboard and his watch — two special items.

He slams his door, open, shut, open shut. The door alarm is on since it’s bedtime and it blares incessantly.

He used to do this all the time during rages but he hasn’t done it for weeks.

I have learned from Aaron, our attachment therapist, that if I escalate my tone somewhat, it actually calms my son down.

This can be tricky. I cannot be angry. I have to be totally calm, but I get a bit — just a bit — in his face and I raise my voice. “Hey, what’s going on here? How old are you acting right now?”

I challenge him a little. It works. I let him know I’m not afraid of him, and I’m asserting my authority — matching his energy.

What we’ve learned is that kids with PTSD are frantic on the inside. They control out of fear, but they are craving outside control and structure, even though they aren’t going to ask for it. Their controlling behaviors are purely driven by fear, anxiety, and agitation.

The more controlling they are, the more they are showing that we need to show them authority, understanding, and structure. This doesn’t mean be a drill sergeant, but show we have got the situation handled and under control.

When we do this, they calm down.

So once I get my son calmed down, he throws himself on the bed in his room and bursts into tears. “I miss my birth mom.”

He often talks about his birth mom but hasn’t for awhile.

Are you allowed to lie to your own kid in these situations? I know the “right” answer, and then there is the truth.

I think for a moment and then respond to him.

“Well…you are totally allowed to love your birth mom. I totally get that. And you can talk to me about her any time. Of course you miss her. I admit it does hurt me a little bit to hear you say that, but I understand it and it’s really normal, all these feelings you have.”

My son rubs a hand on my arm. He gives me a half-hug.

I asked him what he thinks it would be like.

“I think it would be awesome because we never spend any time together. She would be nice to me and not strict like you guys are.”

“Ah. I think we should call Aaron and talk to him about this tonight.”

I notice my son has picked a scab until it’s bleeding again. That behavior had been improving.

We call Aaron and put him on speaker phone. My son tells him about the throwing and slamming. He gives Aaron a brief overview of our conversation.

Aaron tells him he needs to find strategies so that when he thinks about his birth mom he can calm himself down before he gets out of control.

My son looks over at me with a grin. The relief on his face is visible.

We end the conversation. I tuck my son into bed and kiss him goodnight.

I am so beyond exhausted.

I know this is all the right thing to do, but damn, this is so painful.

No one is established by wickedness,
but the root of the righteous will never be moved.

Just because something is painful, doesn’t mean you are doing it wrong. Is there are area of your life that is very painful but simply must be experienced? Rather than run from it, talk to God about it.

Do You Have Secondary PTSD?

Do You Have Angry Depression? 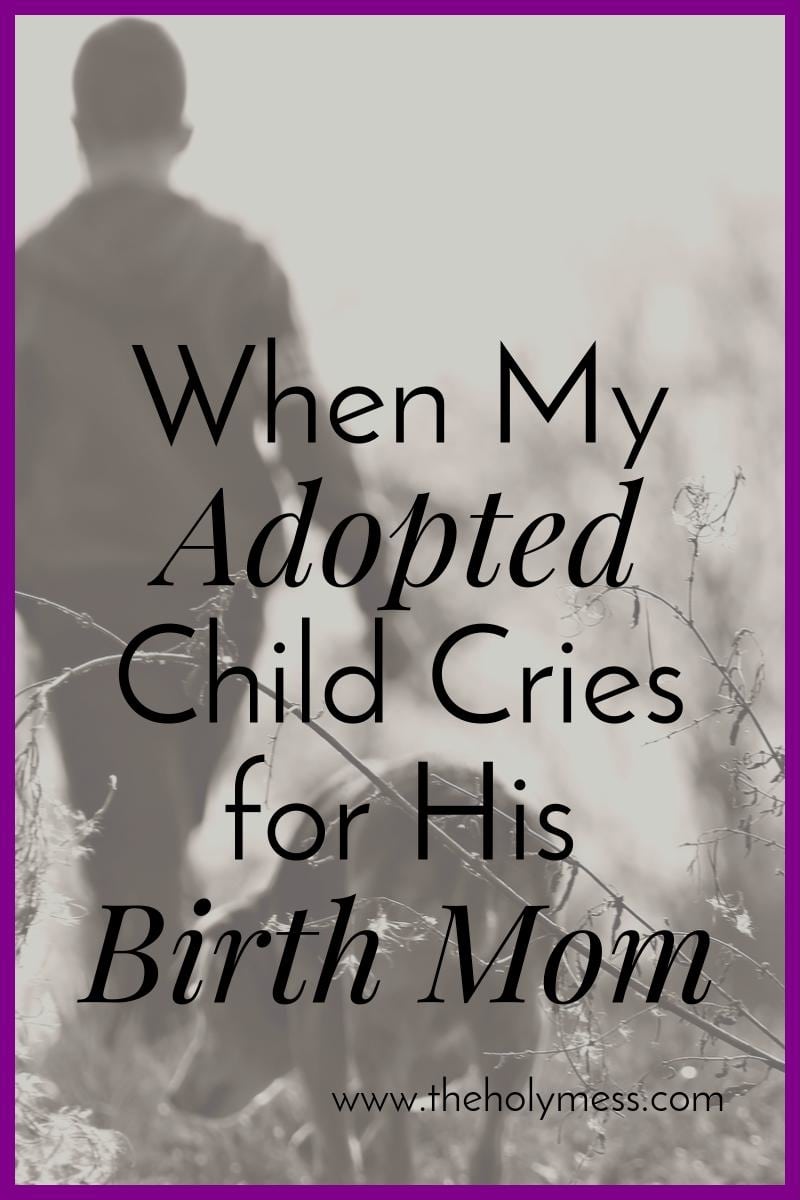 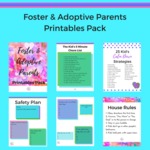 Do you parent a child who's experienced stress, trauma, or grief?

*Foster & adoptive parents, grandparents raising grandkids, if your child has experienced trauma or loss -- this resource is JUST FOR YOU!

*FREE Super-helpful printables! 8 resources you can print and use today.